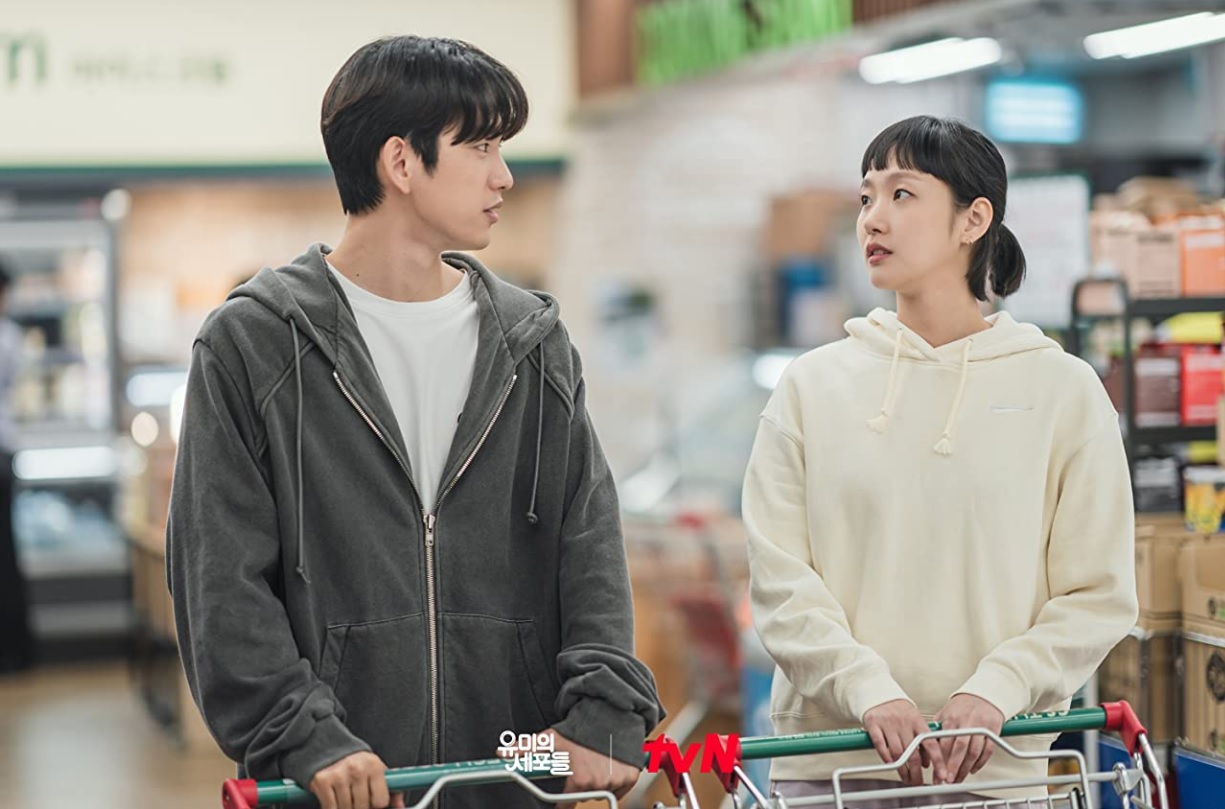 Yumi’s cells (Hangul 유미의 세포들) is a psychological and romantic South Korean television series. The first season premiered way back in 2021, on the 17th of September. Now, the second season was released very recently on the 10th of June and is going on. The series is directed by Lee Sang-yeob, and it stars Kim Go-eun, Lee Yu-bi, Ahn Bo-Hyun, Jinyoung and many more. Yumi’s cells are based on a webtoon of the same name, and it revolves around the life of Yumi, who is an ordinary office worker, through the eyes of her various brain cells.

The second season premiered exclusively on the Korean platform TVing. We get two new episodes every Friday. Each episode is about an hour long.

The series recently completed its second season. So, it is very early to predict the exact Yumi’s Cells season 3 release date. we need to wait for the makers to make any official announcement regarding this topic.

Our whole body and well-being and essential existence are controlled by a complex network of cells, all human beings are kept running by this unseen network that keeps operating, and we mostly do not even care about it as much. This is why on the outside, Kim Yu-mi seems like any other human being, an average office worker, but beneath all that ordinary exterior, we get to witness something truly extraordinary.

In season one, we see that Yumi’s love cells fall into a coma after the shocking revelation of a failed relationship. Now the other cells are working hard to get her back into the dating game by waking up the love cell.

Goo Woong (played by Ahn Bo-Hyun), is a game developer who is a game developer. He is emotionally shunned, he does not show emotions very quickly, and it seems he does not have any idea regarding it either. Yumi, on the other hand, always considered his feelings, despite bravely expressing her own and didn’t want to lose him over something as trivial as marriage.

The couple went through ups and downs (the euphoria honeymoon period and Yumi’s distrust of Woong and his questionable relationship with Sae-Yi), but they eventually acquiesced and bonded. When they meet, this starts to change, and he starts trying to express himself better. His own love cells make their way into Yumi’s cell village, and that creates a spark in Yumi’s life.

They start dating, and as it happens, the issues that come along with dating come here as well. And the relationship fell apart. They break up, and the show ends.

If you have not started watching the show, I suggest you don’t read this as this will contain spoilers.

After season one and Woong’s and Yumi’s breakup, Yumi finds herself constantly trying not to fall back into the urge to call him again. So in order to keep herself from doing that, she deletes his number and tries to move on with her life. Then one of her office colleagues Yu Babi, confesses his feelings to Yumi.

Initially, Yumi says no as she is still confused, but later on, she starts to like him as well. The other cells of the village form a Babi fan club and persuade the love cell to give the white flag to the relationship as they think Babi is suitable for Yumi’s broken heart.

Yumi and Babi start dating. And they actually seem very happy. At one point, Woong comes back accidentally into Yumi’s life. But she chooses to let him go once and forever and chooses Babi instead.

In the initial episodes, they kept their relationship as a private one, hidden from the office people, but then Yumi quits her job to pursue her dream of becoming a writer, and Babi is transferred to the Jeju Island branch, so they tell Yumi’s friends about their relationship. The show is conspicuously interesting. The animation, as well as the way the cells have been shown to work, resembles the thought processes everyone goes through. It somewhat resembles the Pixar movie Inside Out. So if you loved that movie, you should give this a try.

MUST READ: Falling Into Your Smile Season 2 Release Date: Is The Show Renewed Or Not?