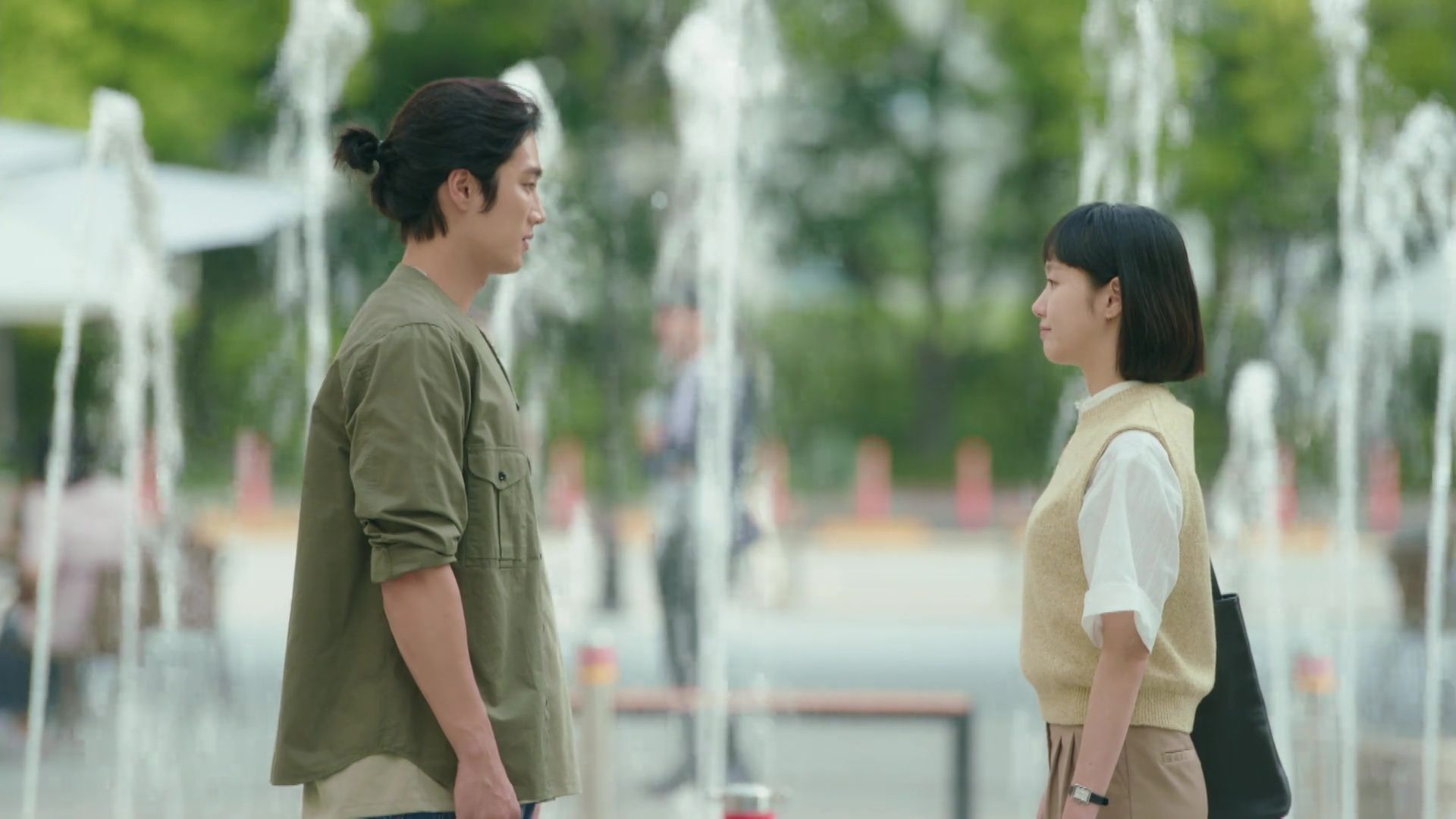 Yumi’s Cells is an ongoing South Korean drama. The first season was released in 2021 and the second season is going on currently. Ten episodes are out as of now.

The plot mainly revolves around Yumi’s life, who is an average office worker, through the view of the cells in her brain. The cells help her manage her daily life. We see the cells struggling among themselves as well, trying to micromanage every little aspect of Yumi’s life.

In the last few episodes we saw that Yumi had quit her job to become a writer, which was not going as planned, but she grabbed a publication deal with a publishing company, whose chief editor is her senior from college. Then, Yumi goes to Jeju Island to meet Babi. There she sees that a new intern has feelings for Babi. Yumi feels terrible but she chooses to ignore it and not overthink it.

In episode nine, we see that Yumi is in a café to meet her new illustrator for her upcoming book. His name is Control Z. After reading the manuscript, he admits that this isn’t the type of genre he works in, and also calls it very unrealistic. Yumi finds him quite an unusual ad absurd. And when he calls her manuscript unrealistic, she loses her calm, but she tries to control her anger. When Yumi coldly bites back and points out that the characters in the manuscript are far too honest, Control Z gives as good as he gets. In fact, Control Z sarcastically retorts that Yumi is in a completely honest relationship.

Yumi deliberately orders ginger pie (which Control Z does not recommend) and questions the illustrator’s choice of pictures during their second meeting. Control Z, on the other hand, simply smiles and refers to her as coy. Yumi complains to Bobby, who ends up buying her cake to make up for her bad mood. Still, Yumi becomes irritated, especially when Control Z messages her. Yumi lets out her Profanity Cell, which constantly swears, but she chooses not to curse her illustrator. After all, she should try to be professional!

Yumi, on the other hand, manages to keep everything under control as she travels to Jeju Island to see Bobby. Da-Eun, on the other hand, returns because it’s Christmas. Yumi is surprised to learn that Bobby is leaving Jeju and wonders if it is because of her. Yumi remarks on how absurd it would be for him to use this as an excuse and eventually refers to her as a baby. Yumi feels very terrible about Da-eun confessing to her boyfriend. Yumi eventually confronts Bobby about his actions, questioning whether they are related to Da-confession. Eun’s As we can see from Bobby’s Love Cell, this is one of the reasons, but Bobby lies and claims it isn’t.

When Yumi asks if he was swayed by her, Bobby struggles to respond once more, and his silence is, unfortunately, deafening. As a result, Yumi decides they should end their relationship.

Read More: Is Rocket Boys Based On A True Story?

Yumi walks away, tears in her eyes, as Bobby tells the truth and admits that the feeling was fleeting and insignificant. He apologizes for inflicting pain on her and continues on, pleading with Yumi and telling her that nothing happened. Bobby even confesses his feelings for her.

Thus, the ending of episode nine was horribly sad. The babi-Yumi fans out there must be devastated.

At the start of the episode, we see that in the cell village, everything has changed, now the writer cell is the prime cell and they have constructed a big castle for him which shows that Yumi’s career depends on the writer cell.

Rubi tries to convince Yumi to go on a blind date, but Yumi says she hasd some work meeting going on.

Yumi has been assassinating her fashion as a result of her failed relationship, with Control Z even mentioning how Yumi has been dressing like a bum lately. Not only that, but Yumi has decided to pay for drinks with her illustrator instead of being frugal. This shows how her cell land has completely changed.

Yumi dismisses the reason for her and Bobby’s breakup, and Yumi’s writing skills have greatly improved as a result of her intense focus on writing. She even gets the thumbs up from Control Z. Yumi isn’t the only one who has evolved. As the spotlight shifts to Woong, he is now the CEO of a video game company, and his successful game, Bow-Wow, has been released and is a smash hit.

Woong soon learns about Yumi’s web novel, which is currently very popular. He was also named one of Korea’s top developers. So, what was Woong’s motivation? It appears to be related to Yumi. Particularly from her love. Woong, it turns out, figured out that Woong was Yumi’s boyfriend.

Anyway, Bobby goes up to the bookstore and purchases Yumi’s new book. Yumi, on the other hand, arrives and notices that the one she had just written has sold out. But how exactly? Bobby, it turns out, purchased every copy in the bookstore!

Yumi goes online to see how people are reacting, and while the majority of the comments are positive, one that says “Absolutely no fun” sticks with her. Our Cells confirm that malicious comments have more vitality than nice ones, though Control Z tries to assist by screenshotting pictures of the comments himself – comments that reinforce how good the pictures are in the novel!

Later that evening, Yumi and Woong meet accidentally and Woong immediately becomes offensive and starts bragging about his success and money. Yumi shrugs it off and compliments him on his cool and successful demeanor. Woong is taken aback by her remarks, but his heart begins to flutter as he recalls his feelings for Yumi.

When Woong learns from Control Z, that Yumi broke up with Yu babi and is currently single, every feeling he has for Yumi starts to come back, and we also get to know that his love cell is completely healed and the scars he had from his broken relationship is all gone now.

While we also see a twist towards the end that Yu Babi is back in Seoul. He had been transferred back to the Seoul head office from the Jeju Island branch. Now this will get more and more complicated, as we can sense Woong and Yumi getting back together, but with Babi back in Seoul, it would be interesting to see how things unfold. Most importantly, I am waiting to see who Yumi ends up with.

Episodes eleventh and twelfth will be released this week on Friday. You can watch this show on Viki.

Read more: When Will Love, Death, And Robots Season 3 Will Arrive?