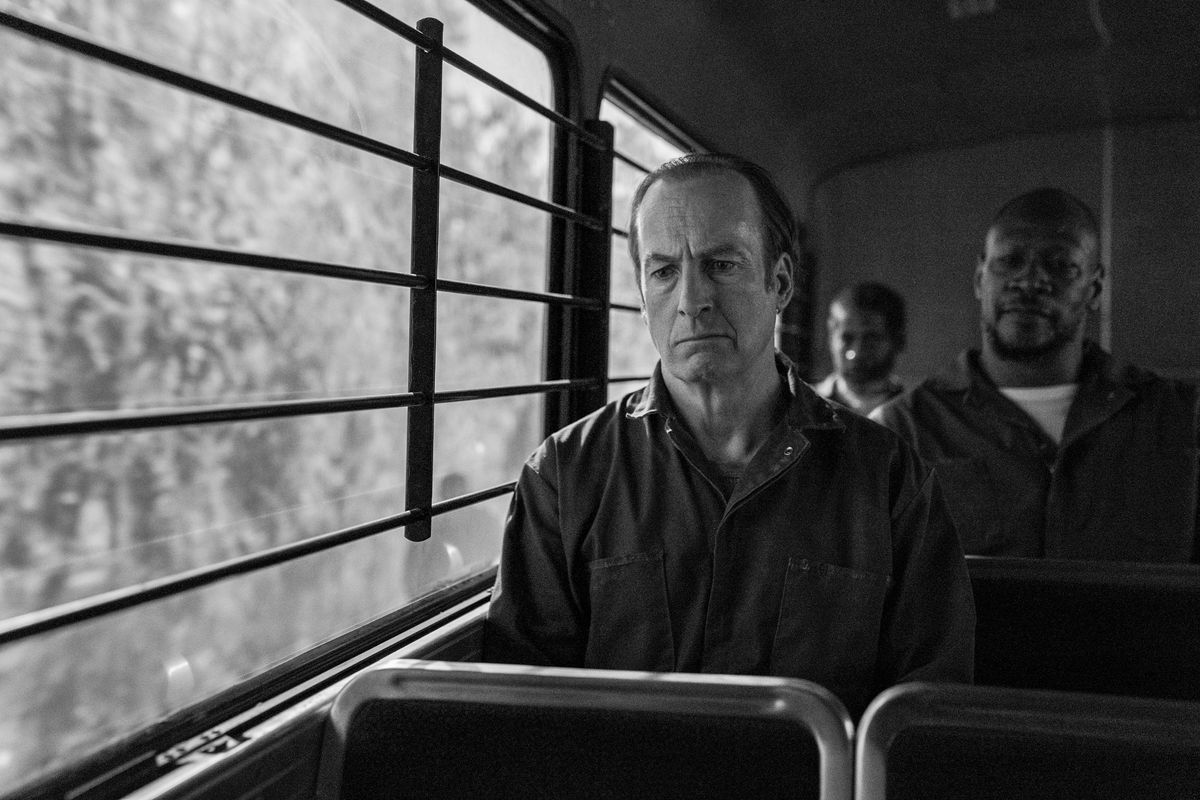 Massive spoiler alert, if you have not watched the show yet, do not keep reading the article ass there are a lot of spoilers about the latest season of Better Call Saul.

Now, more than seven years after the premiere of “Better Call Saul” and 13 years after Bob Odenkirk first appeared as the cunning lawyer in the famous and well-loved series “Breaking Bad,” his story has concluded in a very nail-biting finale: and Saul is in prison. Jimmy McGill ended up behind bars himself after spending so many years attempting to keep criminals out of prison, doing everything he could to avoid it. Better Call Saul finally concluded its six-season run on Monday with a supersized series finale in which Jimmy/Saul/Gene was sentenced to 86 years in federal prison for his role in the Drug Empire by Walter White and all of his further misdeeds.

As it is as clear as daylight now, in the finale of Breaking Bad, the main protagonist Saul Goodman (played by Bob Odenkirk) was on the brink of being killed off; however, in the end, the showrunner Vince Gilligan changed his mind and decided not to go ahead with the original thought plan.

This cunning and ingenious lawyer was initially introduced in season 2 of Breaking Bad, and then over the course of the entire show, he became a major fan favourite. Saul’s appeal led to Odenkirk’s character becoming the centre of Better Call Saul, the Breaking Bad spinoff. This show serves as a prequel; the show follows Saul as he changes from Jimmy McGill to Bryan Cranston and Aaron Paul.

They first got to know about Saul when they hired one attorney to prevent the DEA from Badger getting linked to Heisenberg. They also got to know that Saul had his own morally dubious techniques, but when Walt found out who he really was, he agreed and let Saul be his lawyer and advisor.

Then further Saul also came up with a lot of strategies that allowed Walt to successfully launder the cash he received from the sales of his meth distribution agreements, and they avoided getting caught as well. Due to his connections with Mike Ehrmantraut (played by Jonathan Banks), Gus Fring (played by Giancarlo Esposito), and the cartel, Saul had to frequently serve as a middleman; yet, there were occasions when he took matters into his own hands and had to get his own hands dirty.

ALSO READ: Is Nirmal Pathak Ki Ghar Wapsi Based On A True Story?

What happened in the finale?

The finale episode began with a flavoured flashback to the start of Season 5, Episode 8 of “Better Call Saul,” in which Saul and Mike Ehrmantraut (played by Jonathan Banks) are trapped in the desert with $7 million. While sweating it out, Saul asks Mike what he would do if he had a time machine and could change something in the past.

Mike says he’d go back to the moment he accepted his first bribe or check in on a few people over the years, which came off as a perfectly natural one. Saul, on the other hand, would go back in time to when Warren Buffett took over Berkshire Hathaway in order to play the stocks and become a trillionaire. Pay attention as this time machine motif continues throughout the episode.

Brock (Ian Posada) was purposely poisoned by Walt, and Jesse’s unpredictable behaviour was getting worse. Saul was at risk of losing his life as he kept being dragged. Everyone kept turning against each other, and the DEA came closer to discovering the truth about Heisenberg. This led Saul to get in touch with the dude named: “Disappearer”, who was also prominent by the name of Ed Galbraith and got a new name. Then he ran to Nebraska and took the name Gene Takavic and tried to start again.

Vince Gilligan on not killing off Saul

In 2014, Gilligan revealed that anything was genuinely “fair game” when creating the Breaking Bad season finale, hinting at several possibilities of an ending. However, they discussed killing a lot of important characters. They would have abruptly ended Odenkirk’s story arc if they could devise a satisfying ending, but they could not, so they let it be. And then, when Saul ended up surviving a nuclear war when everyone else died, Gilligan came to the conclusion that “Saul Goodman is kind of like a cockroach, and can’t be killed weirdly, so he let his future open.

Better Call Saul can be watched on AMC+.

In this article:Will Saul Goodman Die In Prison