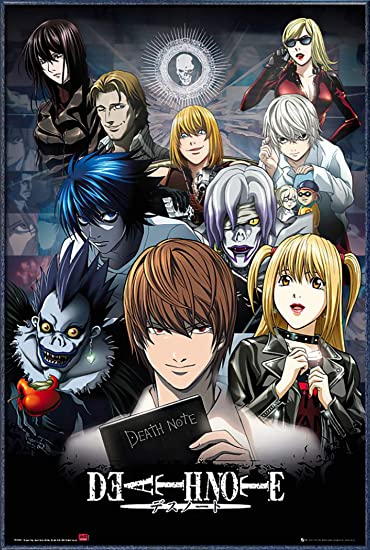 It is again a Japanese series that was released on 3 October 2006 under the animation studios of Madhouse. Death notes can be categorized under the genres of thriller, mystery, mythology, supernatural, crime, and love. It is an anime series that was inspired by the Manga series. Death note was published in Weekly Shōnen Jump magazine which later was inspired by and converted into a movie. It is one of the series that gained positive and negative reviews equally. let’s know Why is Death Note banned in some countries.

Why is Death Note banned in some countries?

Death Note is banned in some countries because it was about murder and it deals with the concept of morality. Officials felt that this series was manipulating the psyche of people. It was also discouraged for children to watch it because they were imitating the Death note by making one on their own, and writing names of the people they hate on it.

There was also a group of murderers who called themselves the “Manga murderers” that threatened the police and the people. Evidence like the printed copies of “Death Note” was also found in some crime and suicidal spots.

The negative aftermath of the Dark Note series led to its ban in many countries.

Countries in which Death Note is Banned

Is Death Note not for kids

One of the major reasons for its ban is that it deals with concepts that are hard for children to process. But I would say that it was very forward for that time. But nowadays children are more interested in these concepts.

Where to Watch Death Note online?

Though this series is banned in a few countries it is still available on Netflix. If you are interested you can get a subscription to Netflix and watch it online. It has an interesting plot that explores a few physiological themes by giving a mythical touch to it.

The first episode was released on 3 October 2006 and it went till 27 June 2007. It has been more than a decade form its release we still talk about it. That is because of its plot and storyline that impressed a lot of people. If a sequel is released it would be a huge success in this period.

This series faced a lot of criticism as well as positive reviews. As a result of its criticism, it was even banned in some countries. People who are interested in the concept of death and myth can watch this series.

The story revolves around Light Yagami who is named “Kira” by the police as he murders the criminals of Japan and other international criminals with the Death Note. With the help of the death note, he kills anyone he wants if he knows their name and face. Ryuk, a “Shinigami” and the Death Note’s previous owner unknowingly throw this book into the human world and Light gets it.

Later to hide his identity Light Yagami kills detective L and his successors. There are also a few other people like Misa Amane, Teru Mikami, Kiyomi Takada who acted as the temporary holders of the Death Note but failed to fulfill their responsibilities.

Finally, Light Yagami dies, and Near becomes the next detective L. Another human gets the Death Note but he could not use it to its fullest and dies. Ryuk considers that no human would ever surpass Light as the new Kira.

The plot of this series is very amusing and it deals with many dark aspects of life. It is a must-watch anime for anime lovers and mythical lovers.