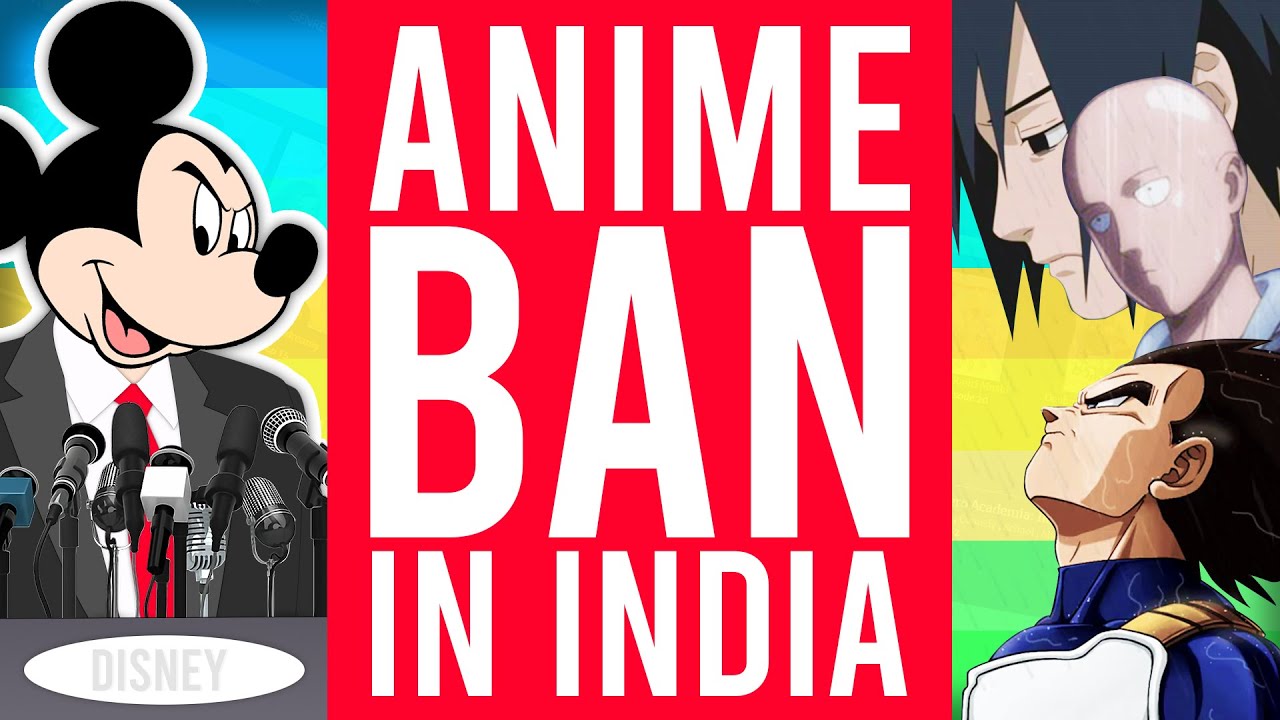 Japanese Anime is watched by a wide range of people around the world, and the Manga series or light novels are converted into anime. The anime industry in India has gone through several processes before its ban. There are many misconceptions about this topic, one such thing is that the government of India has banned anime, but there is no influence of the government on the ban of Anime.

Usually, the term animation is related to children, but Japanese anime is primarily for adults, and some contents are also for children. Though it is banned in India, Japanese anime has a separate set of fans in India. Let us explore some reasons for the ban on anime in India.

There are several reasons like increased production cost, censorship issues, dubbing issues, and the minimal audience. Let us see these reasons elaborately.

It is said that the cost of production for the anime is very high because each and every scene and frame of the anime has to be hand-drawn by artists. So, it costs approximately 10 crores to complete an anime. So considering the high production cost, the Indian production house has stopped telecasting most of the anime. As the pay for the animators is not up to the mark. We lack animators so that is also reflected in the cost of production and telecasting. Previously as the channels had to fill their time slots, they started to telecast Japanese anime as a TRP strategy. But later as the costs increased the channels reduced the number of animes.

As this anime originated in Japan, it is built for the audience of that country. The censor board is hesitant that it would not be appropriate for the Indian audience. Some anime is intended for adults and it will be inappropriate for children. So, we cannot say that anime is for all age groups. Most of the animes have the theme of horror, fight, and terror that are not for all age groups so it faces a lot of censor issues before approval for the telecast.

Also Read: Is Clark Based On A True Story?

The anime is in the Japanese language so it is difficult to dub it in various languages as India is a country with diverse languages. Language and dubbing are other barriers that result in the ban of anime in India. An increase in the Dubbing cost will directly increase the production cost and that is another reason for the ban of anime in India.  Some of the popular anime series are dubbed in four languages and are running successfully. If all the anime has to be dubbed in various languages then it will cost a huge sum of money.

End of Animex and Toonami

The ban of the anime channels Animex and Toonami was the major drawback for the production of anime. Animex was a sony picture entertainment channel and Toonami was a cartoon network channel. Both these channels were replaced by different channels, and then they started telecasting new shows that are of low production. The emergence of cartoons also resulted in the end of the Animes. Only a few animes are still running like shin chan, Doraemon, and others. Though the old animes were famous, due to the above-mentioned factors those animes have stopped telecasting.

Now only a few animes are available in India. So, let us watch the available animes and enjoy the essence of those animes to their fullest.

Also Read: When Will Season 5 Of Love After Lock Up Be Announced?