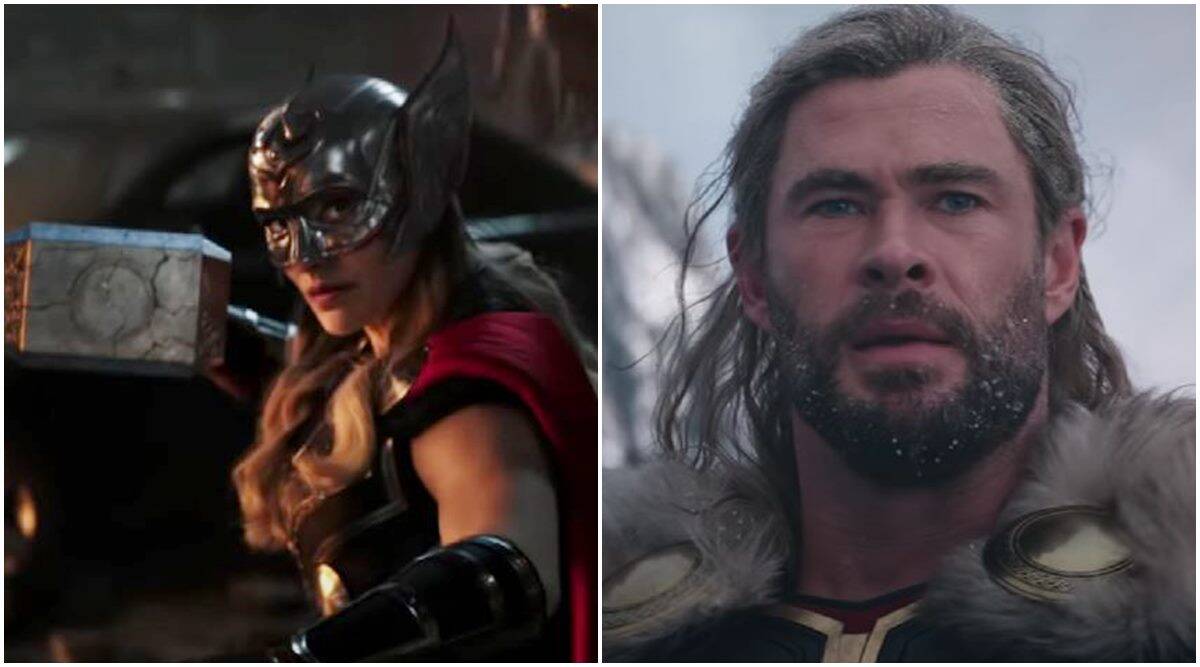 Natalie Portman once again returns as Jane Foster in the Marvel Cinematic Universe and this is the portion of the trailer of  Thor: Love and Thunder that has everyone buzzing. Except for this time, she’s backing a new look, new powers, and a new moniker, Mighty Thor, that you may not be familiar with. While the internet has dubbed Portman’s reimagined character Lady Thor, the comic plot from which the film will most likely be adapted, as well as Taika Waititi himself, only refer to her as Mighty Thor. Who is the Mighty Thor, exactly? let’s know Who is stronger Mighty Thor or Thor.

In the comic “The mighty Thor”, written by Jason Aarons, Foster is diagnosed with advanced breast cancer and is having treatment. When she is able to hoist Mjolnir, she becomes more robust than she has ever been, and the hammer transforms her into a god. Her abilities are similar to those we’re familiar with: extreme strength, speed, stamina, and durability. Although she lacks Thor’s lighting control, she is significantly more adept at wielding the Mjolnir than others. There is a catch, though: whenever she ceases to be the Mighty Thor, she reverts to her dying body.

In the comics, Thor becomes unworthy of lifting the hammer but is astonished to see it being wielded by a woman who has a mask on. Much of the plot centers around who the Mighty Thor could be at first, but it quickly becomes evident that the mask belongs to none other than Jane Foster. Given that Jane only picks up the hammer because she feels compelled to protect others in the wake of Thor’s absence, the comic storyline is quite devastating.

Also Read: Is Lal Singh Chaddha Movie Based On A True Story?

Her metamorphosis comes at a high cost, with her cancer spreading faster the more she dresses up. It’s also important to note further that, while the comic explores her relationship with Thor in-depth, the two aren’t together by the end, so be prepared for a tragic conclusion to the Thor-Jane romance.

Jane Foster, played by Natalie Portman, is well known to MCU fans as Thor’s ex. Though she missed out on Thor: Ragnarok, she will reprise her role as Mjolnir in Thor: Love and Thunder, as she did in Marvel Comics.

Jane, as the Mighty Thor, joins the All-New All-Different Avengers alongside Ms. Marvel, Kamala Khan, and Sam Wilson. Captain America (even temporarily falling in love with Sam) becomes embroiled in the death and rebirth of the Marvel Multiverse in Secret Wars and even aids in the fight against the villainous Red Skull-transformed Steve Rogers as he attempts to conquer America for Hydra in Secret Empire.

Jane eventually reveals her identity as the Mighty Thor to Odinson and her fellow Avengers, as well as the rest of Asgard, after Doctor Strange informs her that one more transformation into Thor will result in her death, as the strain of constantly treating her cancer and then undoing the progress made has become too much for her.

Yes, comparatively, she is more powerful than Thor, and here is why we think so:

She can control Mjolnir better than Thor has ever done. She can twist, twirl and control it better. Odinson, of course, is familiar with Midgard, also known as Earth. Jane, on the other hand, has lived in both Asgard and Midgard and thrived in both. She, like Thor, benefits enormously from her extensive knowledge of both Earth and Asgardian civilizations. She may use her knowledge of numerous cultures to her advantage in battle regardless of where she is.

Odinson is well-versed in Midgard, although his comprehension of basic Earth traditions is frequently mocked in the comics. Further, she has better control over her emotions than Thor, so she has a better edge than him there. Furthermore, unlike Odinson, Jane’s days have always been counted. She had breast cancer until she discovered Mjolnir and its transformative powers. She was able to push herself even harder since she knew the finish was near. Even in her eternal Thor body, she is conscious of her humanity, which is what makes her stronger than Odin.