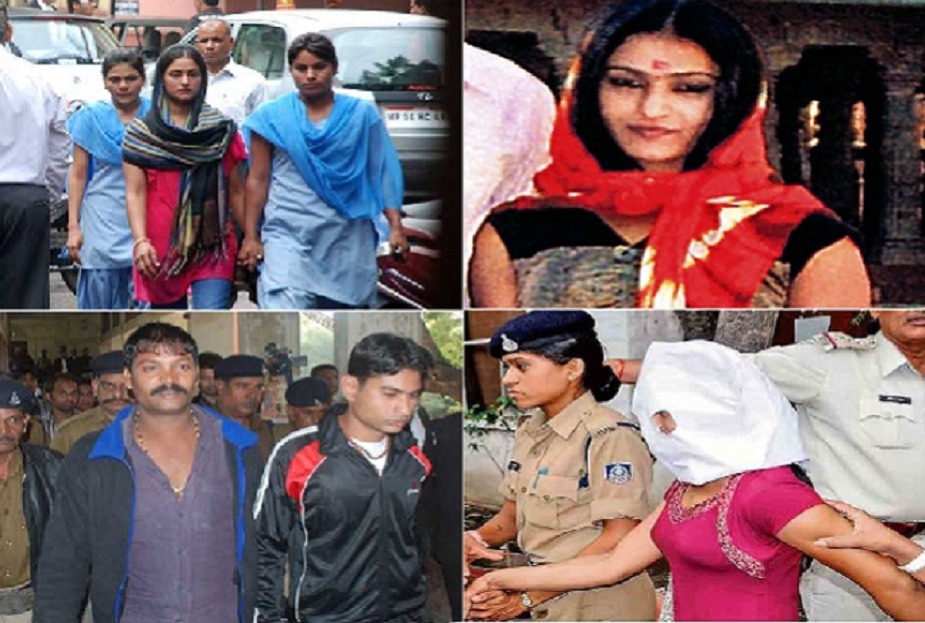 Where is Karishma Solanki Now?

The second season of Delhi crime was released on Netflix just some time ago, in the last week of August. The television series was written and directed by Richie Mehta. The series starred various actors like Rasika Dugal, Shefali Shah, Rajesh Tailang, and Adi Hussain. The first season of Delhi Crime was based on the horrific Nirbhaya gang rape case that occurred in 2012, which is also known as the Delhi Gang Rape case. This new season, which is the second season, focuses on a notorious gang named the Chaddi Baniyan Gang. This gang got its name from their peculiar way of attacking; they attacked while wearing only their underclothes; they smeared mud to be unknown and did not let their identities out. Now, let us delve into the whole story of Delhi Crime season two in detail.

Where is Karishma Solanki Now?

Everyone involved in this was put on death sentence in 2013. She became the first woman to be sentenced to death. So, in the end, for all her brutalities and crimes, she was given the death penalty in 2013. She was the main perpetrator of all the crimes the Chaddi Baniyan Gang had committed; her desire to get rich quickly drove her to commit heinous crimes. There were multiple stab wounds on the victims, and the victims were shot as well, all of which was done mainly by Neha Verma, aka Karishma Solanki herself; this just depicts her sick tendencies.

Is Season 2 of Delhi Crime Based On A True Story?

This was one of the main questions that were raised. The first season was based on a real incident, so the fans wondered if the following season was also based on a true story. Well, yes, this season is also based on a true story. This show is based on the gruesome and brutal crimes committed by the Chaddi Baniyan gang. This season shows their horrific murders and burglaries. The events have all taken place in the past. However, even if the show is loosely based on actual events, there are certain fictional angles to it; these angles are responsible for keeping the audience at the edge and have their nails biting. However, despite all this, everything shown in the crime seems to be very real.

The lead detective Vartika Chaturvedi who had previously solved the Nirbhaya Case is also the one here investigating the Chaddi Baniyan gang case.

What Is The Real Story Of Delhi Crime Season 2?

The story of Delhi Crime follows a woman named Karishma, also known as Lata Solanki. However, the actual name of the woman involved in the mass murder was Neha Verma. The story in the show is based in Delhi, but the real story was from Indore, hence the fictional angle. The story took place in 2011 when Neha Verma, along with Rahul Choudhary and one Manoj Atodh, committed heinous crimes in Indore, Madhya Pradesh. They got away with a lot of things but eventually, they were caught. This season narrates the dilemma and the state of the lives of the Delhi Police for years. This season, the crimes are aimed at affluent senior citizens who live in a gated community and portray a flashy, glitzy lifestyle.

Who Was Karishma Solanki, aka Lata Solanki or Neha Verma?

Neha Verma was a beautician in Indore; she, like any other woman, had big dreams. Now, later on, she became the mastermind of the whole burglary and murder. She was the one who used to choose the elderlies to loot and murder. She used to murder them in cold blood along with the other involvers.

They would enter the houses in the wee hours of the night when usually everyone would be asleep. Then they would murder them cold-bloodedly. They usually used heavy objects and hit their heads and brains until the person would bleed to death caused by blunt force trauma.

According to the show, her two friends were murdered by Karishma Solanki in a slightly different manner. While planning to loot a new house, one of his friends accidentally shot himself in the foot, triggering the neighbors and being apprehended. Later on, the entire story came into play. In the show, the first murder that is shown is the case of Deshpande.

When Neha was apprehended, she became the first woman in the state who was awarded Death Sentence! As it has been depicted in the show, her desire for quick money drove her to madness and to commit heinous crimes that were beyond explanation. During the investigation, police discovered multiple stab wounds on the bodies, all done by Neha Verma. This showed how driven she was in her motives. She was charged with triple murders.

The character in the show effectively captures the psychotic tendencies that Neha Verma had, and the real psychopathic element was when she stabbed multiple times after she had already lodged a bullet in them. That just shows that you have been driven by psychopathy so hard.

READ MORE: She Season 3 Release Date Might Be Exciting!