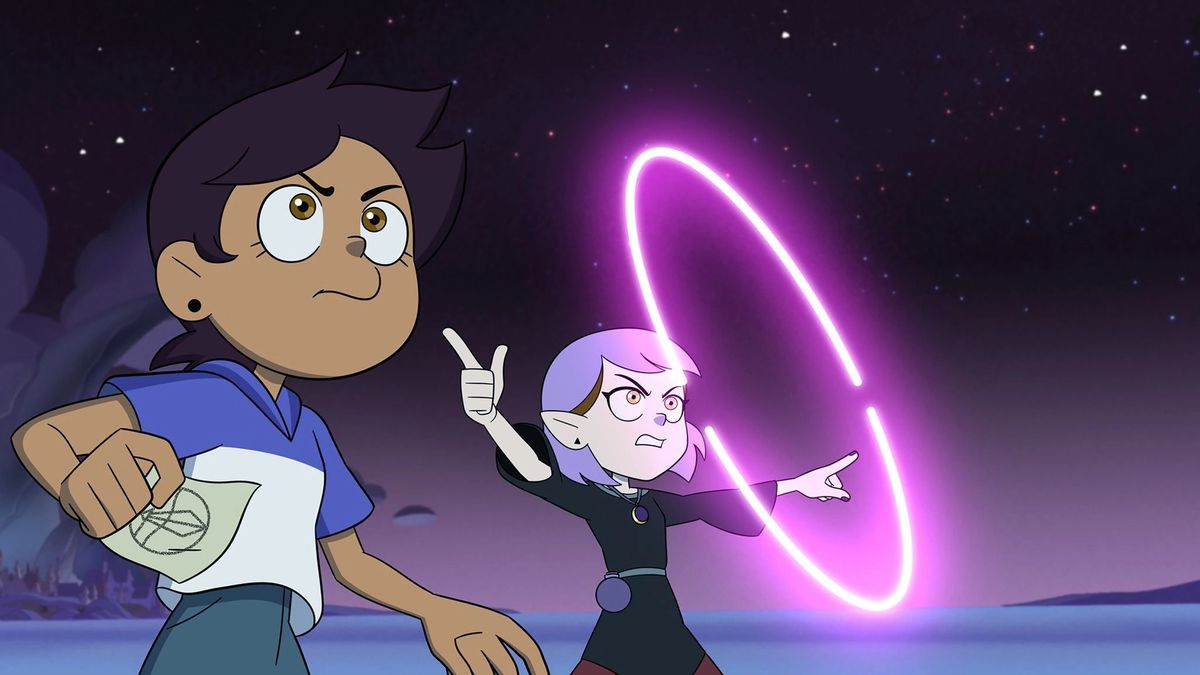 Dana Terrace-created American animated fantasy television series, The owl House aired on Disney Channel on January 10, 2020. The series is warped with action, adventure, fantasy, horror, and comedy. That’s one of the reasons for receiving lots of praise from fans and 8.1 out of 10 on IMDb.Till now this series premiered in two seasons which consist of 19 and 21 episodes respectively. let’s know When will The Owl House Season 3 air.

Now, fans are eagerly waiting for the third season. And one more thing that is most important about this series is it represents the theme of LGBTQ very nicely which is the current sensitive topic in today‘s society.

This is excellent news for fans, who can now anticipate the first of three specials from The Owl House Season 3 appearing in the coming months.

The Owl House Season 2 debuted in 2021, it was quite early after the first season ended on August 29, 2020, and now fans of The Owl House will be happy to learn that the program will be renewed for a third season, however, it will be structured differently than the previous two. The third season of the show will have three 44-minute specials.

There is one problem that season 2 has stopped in the middle of the way and when the season will resume finishing the remaining episodes is presently uncertain. But as the premiere of season 3 has been confirmed, as soon as season 2 will finish, the new season will start.

The cast of The Owl House Season 3

The major cast of “The Owl House,” which includes Robles, Hirsch, Malick, and Whitman is expected to return for the third season, as well as Tati Gabrielle, Isaac Ryan Brown, and Cissy Jones. Season 2 features a larger ensemble than Season 1, with Rhys playing Belos and Zeno Robinson portraying the Golden Guard. Fans are also expecting Felicia Day, Guillén, Nik Dodani, and Alex Lawther. This notable guest star is expected to continue in Season 3, but no specific actors have been mentioned as of yet.

The plot of Season 3 of The Owl House

In Season 2, we can see Belos is currently repairing the gateway, while Lilith tries to make amends for her previous errors by assisting Eda and the others in any way she can. While dealing with their shared curse, which necessitates the usage of elixirs, Eda and Lilith strengthen their sisterly bond.

During this period, King discovers the truth about his beginnings, Luz learns about the other people of the Boiling Isles, and Amity learns about Luz’s feelings.

In season 3, it’s difficult to foresee what this group will face in the future but one thing is certain: Luz, King, Eda, Lilith, and Amity will all be present and then automatically the plot will become more interesting.

Season 2 of The Owl House Recap

In season 1, we have seen Eda has been dealing with a curse that transforms her into an untamed owl-like monster who attacks people indiscriminately but in season 2 she learns how to control her curse and reconciles with the beast inside her. As a result, she gains new harpy abilities.

Meanwhile, King begins to learn the truth about his ancestors and realizes that he possesses peculiar magical talents. Emperor Belos, an evil figure, is attempting to enter the human realm for an unknown reason. He even has powerful witches under his control and is assembling an army to secure the success of his objectives.

His nephew, the Emperor’s Coven Hunter, finds himself at a fork in the road. He wants to use magic freely to heal his uncle’s mystery ailment, but the Emperor bans it due to the Emperor’s strict separation of magic. Hunter’s secret sensitivity enables him to identify with Luz’s free spirit, despite his loyalty to the Emperor. Season 2 has streamed that much. The remaining story will be streamed in the next episodes.

Trailer of The Owl House Season 3

The Owl House Season 3 trailer has not been released. Till then fans have to keep patience We expect it to be available soon.

Where to watch this series?