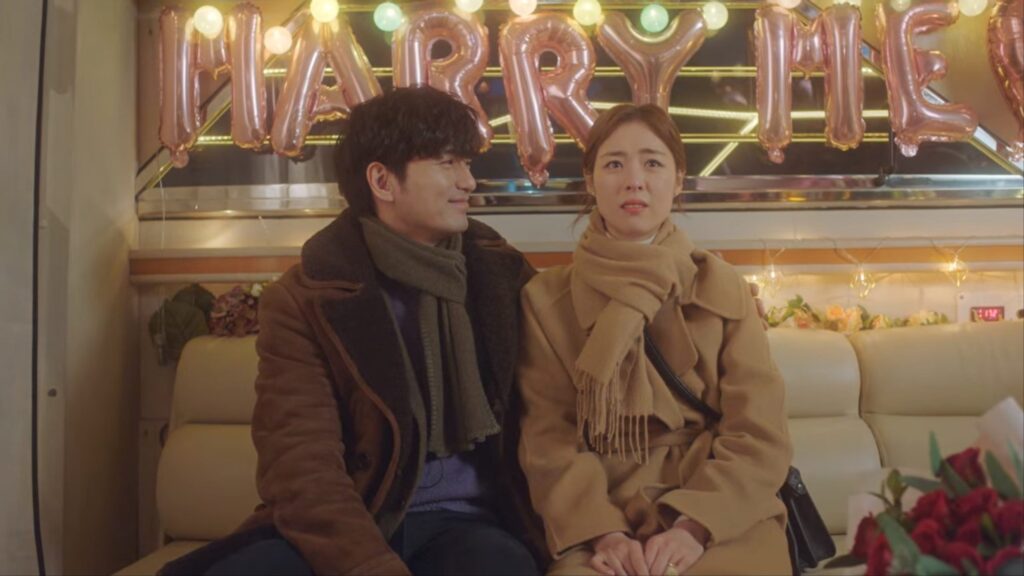 Since there is no announcement of further installment, it is futile to expect the release dates of season 2. Further, there has been no official announcement as well. Season 1 ended on 15 June 2022. Our speculations say that we can expect it to arrive by 2023.

About Welcome To Wedding Hell

Welcome to Wedding Hell (Hangul 결혼백서) is a South Korean television series started in the year 2022. The series is directed by Song Je-young and See Joo-wan. The Show stars actors like Yoon Yoo-sun, Kil Young-woo, Lee Jin-wok and Lee Yeon-hee. The series is a KakaotV original series, but it is also available for streaming on Netflix as well. It has a total of 12 episodes, and every week three episodes air on Monday, Tuesday and Wednesday. The first episode premiered on the 23rd of May 2022.

The main plot of the series is about the craziness that marriage is and all the chaos that surrounds the preparation for the same, from finding a partner to proposing to them, to meeting families finding the wedding dress, choosing a suitable wedding location as well as all the expenses that go in it. The series is about a couple Jun-Hyeong and Na-Eun, who decides to get married and now are struggling with the preparations for their fairy tale wedding.

Jun-Yeong and Na-eun have been dating for two years. Na-eun, who is successful and confident, wishes to marry because it appears to be the natural next step in their relationship. However, the road to wedded bliss is not as simple as she had hoped. Each day they encounter a new struggle, and they keep questioning their decision to get married. In the previous episodes, we saw how Jun-Hyeong proposed to Na-eun, whom he had been dating for two years.

Then they started deciding on everything for the wedding. In the last few episodes, we got to witness how the chaos surrounds the whole wedding scenario. Their families met, and they had to struggle hard to keep up with their demands, as well as had to try very hard, so they did not end up offending any of the family members.

Then, later on, we saw that they started officially preparing for the wedding, they went to see wedding halls, and they tried to decide on wedding dresses as well. Then in one episode, we saw Na-Eun’s friends convince her to talk to her soon-to-be husband about their finances as they were going to live together soon, and they had to talk about money as it would create a lot of problems later on. Then she accidentally sees the details of the bank statements of his fiancée.

The Show is very realistic in its portrayal of the actual and practical chaos that goes around in planning a wedding. The differences that the families have to go through as well as the small fights and arguments. In episode 5, we saw our soon-to-be-married couple struggling to find a suitable wedding hall as per their taste. They embark on wedding hall tours after her mother quickly dismisses her notion of having a destination wedding on Jeju Island.

As she imagines herself in the bridal suite, she considers the cost of such a great location and asks Jun-hyeong to check out the site she has chosen.