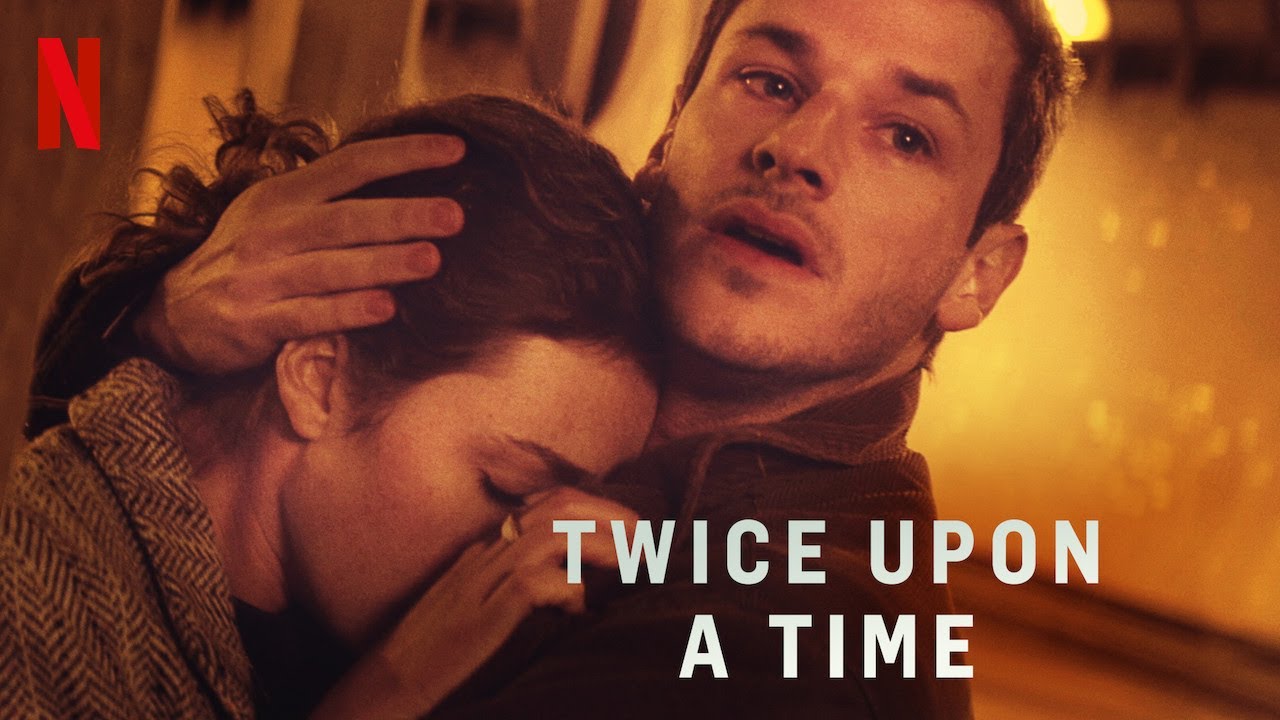 Twice upon a time “Il etait une seconde fois” is a French television series that was dubbed and released in English as “Twice upon a time” on Netflix on 29 August 2019. It is a perfect blend of romance, thrill, and lots of drama. It even has elements of sci-fi making the series overall an engrossing and intriguing experience.

It casts Freya Mavor and Gaspard Ulliel as Louise Arron and Vincent Dauda respectively in the lead roles. The series has been created and directed by Guillaume Nicloux. It is a four-episode long series with an average running time of 50 minutes per episode. The story revolves around the struggles to protect and sustain true love over time and continue working towards nurturing the relationship.

No relationship is perfect but one needs to put in the effort each day and work tirelessly towards preserving it. It also has some time travel elements that keep the audience engrossed. However, Vincent and Louise have broken up and Vincent is trying hard to come to terms with the very fact.

While grieving about Louise, he is delivered a package that he had never ordered. To his surprise, he now possesses a bottomless box that helps him revisit his past and correct all his mistakes that led to his and Lousie’s breakup. It takes him back in the time to Lousie just before they broke up. The story revolves around Vincent trying to make ends meet and do whatever in his capacity to win Louise back. The series is definitely a must-watch for people who believe in love and/or are trying hard to preserve it.

Season one of the series has been received very well by the audience and a second season is requested. a parallel storyline alongside that of Vincent and Louise has been running and the ending of the series had been very open-ended leaving a lot of scopes for the viewers to expect a season two for the story to unfold further.

It was seen that the makers of the cube that helped Vincent travel in the past, are looking for it and have tracked down his house. The series ends with one of the makers killing his partner and asking for the cube keeping the viewers from getting closure. Also, Louise’s fate and the fact she has died in the present timeline is something that he has to accept.

Hence, it is expected and predicted that the upcoming season if the series is going to answer all these speculations and may give an appropriate closure to the viewers. New cast and characters to are expected to join the series and the series might also move retrospectively showing the very origin of the cube and how it reached Vincent in the first place. It is going to be an interesting journey and a binge-worthy story with so much to unfold and uncover all the mystery that lies behind it.

Twice upon a time season 2

The second season for the same has been planned but the production has not started yet. Since the season is already planned and the makers are in the process to begin with the production, it can be premiered anytime soon in the near future.

The series begins with Vincent’s character shown partying and having ephemeral relationships. He has a very self-destructive lifestyle and has regrets events from the past. One day, he is suddenly delivered a mysterious wooden cube. To his amusement, the cube is baseless and Vincent in trying to figure out what exactly it is enters it and comes out of the other side of it and finds his ex-girlfriend Louise standing in the kitchen.

The story then follows both Vincent drifting between his past and the present situations. Trying to juggle and save his relationship with Louise from breaking and correcting the mistakes in the past has a huge and drastic effect on his present life too. Whenever Vincent tries to correct something in the past, it gets, even, worse and he realizes that no matter what he does, it isn’t going to get any better.

He then accepts that maybe they were not meant to be together and hence let fate and time win. In the last few episodes, he gets to know that Louise has had an accident and is no more. He then decides to keep her with him always in his heart depicting how much he really loved her but could not overturn the destiny in his favor.

Thus, it gives a very tragic ending to a very intense and beautiful love story to everyone’s surprise. Now, it is for the viewers to find out more about the cube and how it reached Vincent. It is hoped and expected that the second season will be a lot more thrilling and intriguing to watch.

Also Read: Chocolate Season 2 Release Date Might Be Around The Corner