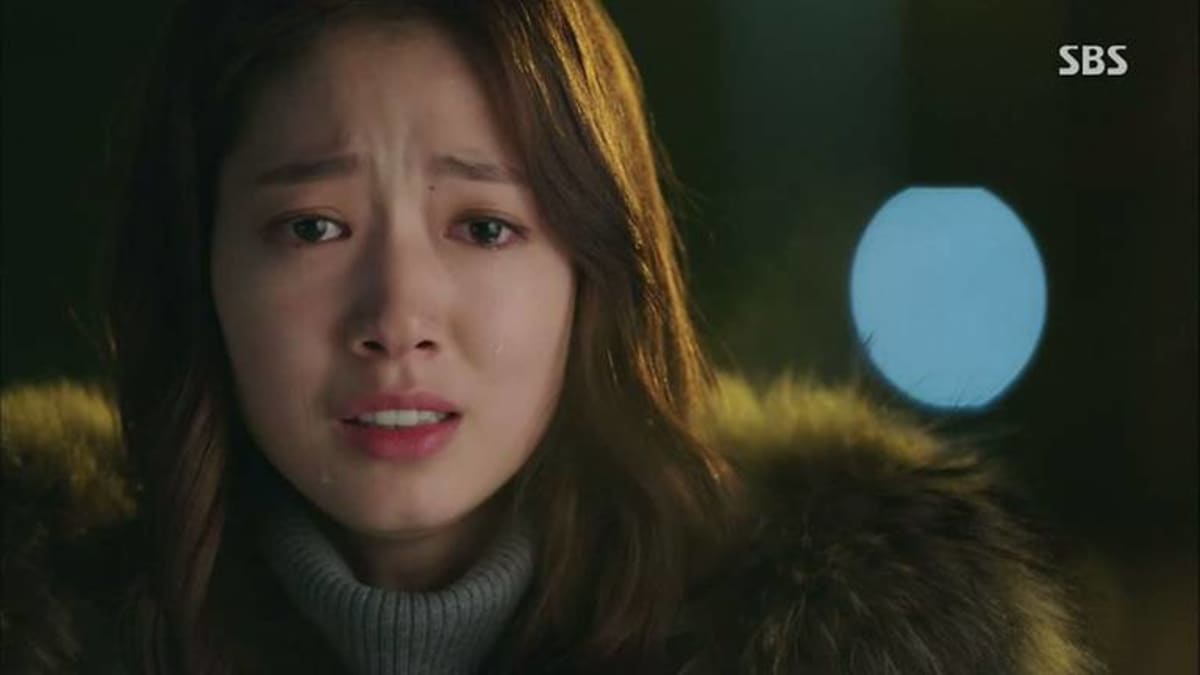 Have you ever watched a show or any movie that made you bawl like a baby? And do you remember how good you felt after that? There are days when all of us have this urge to just cry so much so that all of our pent-up emotions can find a way out of our bodies. Crying is also one of the best ways to relieve stress temporarily. Korean dramas are although anyways a great form of entertainment, they run across various distinct genres, and there is always something to cater to people’s different tastes. They are a great way to kill your time and be introduced to the beautiful Korean cultural and Korea.

Most of the time they are big eye-candy and also a great way to induce laughs. Many times, however, the story gets so so tough to watch without crying, from The Smile has left your eyes to Goblin, this is a personally compiled list of Korean dramas to watch when you want your heart to get broken vicariously. This is in no way a list of rankings, it is just a list where every Korean drama is just at par with each other

The story takes place in the back drop of the period when the students rebelled against the government of that time in South Korea. This story is set in the May of 1980 in the town of Gwangju. There is a charming and brilliant medical school student named Hwang Hae Tee (played by Lee Do Hyun). He falls in love with a nurse named Kim Myung Hee. Kim Myung Hee is a very strong-willed and independent woman.

The acting done by the actors here in this drama is very realistic and emotional. The series is quite popular as well. The protagonists are prime examples of “being together at all costs” if you are looking for that trope where they try to be together despite all odds this is the perfect Korean drama for you. As an additional incentive, the dialogues exchanged between the both of them are also very heart warming. The show is a total tear-jerker in the end but definitely, worth all the time you invest in it.

This is one of the saddest Korean dramas I have ever watched. I cried like a total baby while watching this. So you might want to keep tissues ready near you as there will undoubtedly be a puddle of tears with this one. The story covers all the emotional aspects, like death, familial relationships, love, and the importance of love in your dimensions of life as well. Shin Joon Young is a very famous actor who once by sheer luck meets No Eul who makes videos for documentaries, she is a very good videographer. They two have some history which I won’t give away here, you will have to watch it. now, that they have met again, Joon Young wants to keep her very close and does not want to let her go.

The series makes it difficult for us to choose one side but it wins hearts by the end.

The Smile has left your eyes

There was this time in my life when I was completely obsessed with Seo In Guk, and so I was on this watching spree where I was watching everything he was ever in, and I watched this show called The smile has left your eyes and good lord, I wished I had not. not because the show is not amazing, it is a very beautiful show, it is heart breaking. It is one of the saddest shows I have ever watched.

The main lead, Seo In Guk plays the role of Kim Moo Young, he is a mysterious young man and it is very difficult to determine whether he has good or bad intentions, but in the end, we do start loving him. He falls in love with Yoo Jin Kang who is played by Jung So Min. They both have a very tragic past and that makes it really difficult for us to watch it without crying. Their whole love life is marred by a lot of inhibitions. The end is very tragic and left me crying for days.

This is a very famous South Korean series. This is a very epic blockbuster show that is set in the early 1900s, which also makes it a historical piece. The show stars Kim Tae Ri as Go Ae Shin and Lee Byung Hun as Eugene Choi. Eugene falls in love with Go Ae but they come to form very different backgrounds, he was born as a slave but he ran away to the United States and became a captain of the Marine corps.

Go Ae is a Joseon Noblewoman, her story is a very inspiring story of a female warrior. The sad fate that they had to encounter will render you very emotional but it is one of the most beautiful shows from South Korea, and the passionate love that they have for each other will completely make you enamored with their chemistry.

This, when it comes to watching a Korean Drama will absolutely make you feel like you have been punched in the gut, this is the drama, this is it for you. This show stars the famous K-pop idol IU in the lead female role who plays the role of this damsel named Hae Soo.

One day for no explainable reason gets sent to the time of the Goryeo dynasty, there she meets the royal family and the many good-looking princes. She falls in love with one of the princes named Wang So who is more or less an outcast and is considered evil as well. But she gets to see his nicer side and his softer personality. The end is tragic because Wang So had to make a difficult choice between his duty towards his people and the royal family and his love for Hae Soo, and he very distressingly chose the former one, this inevitably left Hae Soo heartbroken.

The unrequited love story is one of the saddest things to watch. Theirs was a story of star-crossed lovers and it makes it very hard to watch, but it is fulfilling in its own way. the tragedy definitely will haunt you forever, and the fans have been waiting for another season for years now, but that does not seem likely.

Now, this is yet another sad historical drama. This is yet another tragic love story of two star-crossed lovers, a young emperor named Yi San played by Lee Junho, and a court lady named Seong Deok Im played by Lee Se Young. Seong Deok Im is a lowly court lady and this still does not stop the emperor from falling in love with her, she, later on, gives in to her feelings and accepts that she loves him too.

They accept their differences in class and status and the romance between them grows deeper. The emperor regularly ahs to fight for his nation and despite all this, he never misses a chance to show Deok Im that he loves her.

The story is actually a real story, it is based on the story of King Jeong Jo who was considered a very great ruler, and the court lady he fell madly in love with. The story really tugs at your heart strings and leaves you sad and haunted for a very long time, the tragic ending is very brutal, but their love is what makes this show worth watching.

This is a relatively short K-drama. It just has three episodes and it is heart-wrenchingly beautiful. The story is a very sad one. It is about two Koreans who meet in Japan and instantly develop feelings for each other. There is Kim Woo-bin who is a well-known and respected playwright and then there is Yoon Shim Deok who is an opera singer. The story is very tragic, they spend their whole lives away from each other as Kim Woo Bin is already married when he met, he is although very unhappy in his marriage as it was forced on him against his will.

This story is also based on a real-life story. Yoon Shim Deok’s song named “Praise of Death” is considered one of the first Korean Pop songs. It’s a harrowing story all around, as the two struggle to stay together despite all odds. You’ll appreciate Lee Jong Suk and Shin Hye Sun’s flawless performances, as they managed to have so much chemistry despite only appearing in a few episodes together in this series.

ALSO READ: Best Web Series On Ullu: Which Is Your Favourite?