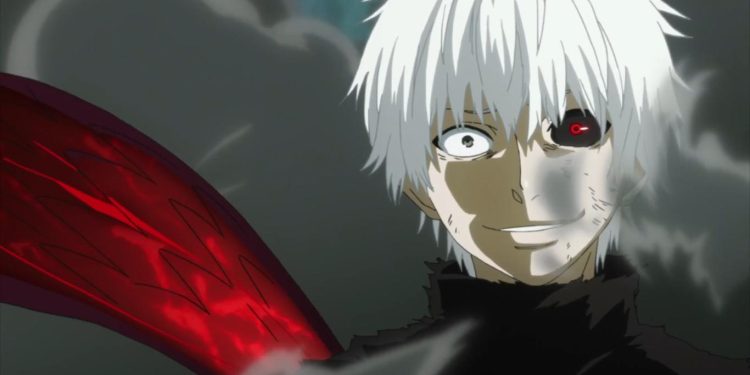 Anime, the word that is more than a mere word, the word that stirs up myriads of emotions so fast. Let’s be honest, when it comes to watching anime, age or nationality does not matter at all. A kid or an adult of them would equally indulge in anime.

One such very popular anime is Tokyo Ghoul (トーキョーグール). Tokyo Ghoul is a very prominent Japanese dark fantasy manga series that has been written and illustrated by Sui Ishida. It was also serialized in Shueisha’s seinen manga magazine called Weekly Young Jump between September 2011 and September 2014. It was collected in fourteen tankobon volumes. Later on, a prequel which was titled Tokyo Ghoul (Jack), ran online in 2013 on Jump Live; it was collected in a single tankobon volume. Between October 2014 and July 2018, a sequel titled Tokyo Ghoul: re was serialized in Weekly Young Jump and collected in sixteen tankbon volumes.

In 2014, between July and September, a twelve-episode anime television series was also adapted, which was aired on Tokyo MX by studio Pierrot. Later on, Tokyo Ghoul A (pronounced Tokyo Ghoul Root A), a 12-episode second season that follows an original story, also aired from January to March 2015. In Japan, a live-action film based on the manga was released in July 2017, with a sequel following in July 2019. Tokyo Ghoul: re, an anime adaptation based on the sequel manga, aired for two seasons, the first from April to June 2018 and the second from October to December 2018.

Recently, we saw that the animation of Demon Slayer and Attack on Titan were significantly loved by anime fans. Then, the Tokyo Ghoul fans took to Twitter and demanded to get an anime reboot for their loved series as well.

A good anime adaptation holds power that can either make or break a franchise. Although the story of the manga is the most important, the final outcome is determined by the quality of the animation adapted. Tokyo Ghoul manga is well known in the Otaku community as one of the best manga series that did not receive the deserved anime adaptation.

Studio Ufotable has received a lot of praise for the Demon Slayer animation, and Mappa studio is probably the most popular anime studio right now, known for Jujutsu Kaisen, the final season of very prominent anime Attack on Titan, and the upcoming anime named Chainsaw Man. Fans of Tokyo Ghoul took to Twitter to demand an anime reboot from Mappa or Ufotable.

This anime Tokyo Ghoul is one of the most loved and one of the best anime out there in the community. However, when the anime adaptation came out, the fans were not as happy as one would have expected, given the popularity. Many fans disliked how the anime concluded itself. The negative comments were fuelled further by the final season’s low-quality animation, which the fans claimed was much worse than what the manga showed. The series has a large fan base, and the fans have come alive once more, petitioning for a reboot with any of the top studios currently in the works.

There are a lot of rumors out there. Ken Kaneki of Kamii University has been a fan favorite since he first appeared in anime. Furthermore, his story has captured the viewer’s heart. Kaneki’s life turned tragic after he was transformed into a ghoul. However, he soon decides to put an end to his suffering. After what could have been a tragic story, Tokyo Ghoul ends with a much sweeter and happier ending for the protagonist. The story has received worldwide acclaim, prompting petitions for a remake directed by AOT’s Mappa. Chainsaw Man, another big name, will be released soon by the studio.

A much more popular petition calls for a remake under the name Madhouse. This year, however, the fans appear to have changed their minds. After seeing the blockbuster episodes of Attack on Titan and the incredible animation in Demon Slayer, fans are hoping for a reboot from one of these two studios. It is also worth noting that many Redditors prefer reading the manga to watching the anime, claiming that the latter lacks the bizarre visuals as well as the text. Furthermore, the manga has an overall rating of 8.5 out of 10, whereas the anime only receives a 7.

Will our dream come true? Will this happen? Despite the huge demand and huge fan base, it has garnered over the years, the chances of having it revived are pretty low. It might be that our favorite dark fantasy anime will never come back alive again. Furthermore, Studio Pierrot owns the series’ license. As a result, unless the studio sells its rights, the only studio that will be able to reanimate Tokyo Ghoul is Pierrot. If the opportunity arises, and given MAPPA’s hype and experience, the studio will undoubtedly bring a new version of Tokyo Ghoul to its fans. The series is also likely to gain an entirely new fanbase in its second season. But it might take years for this to ever manifest into actuality.

However, an anime reboot is far more common than one might think in the anime industry. The 1999 version of another famously well-loved anime, Hunter X Hunter’s, was remade for a 2011 release. Meanwhile, another such name is Fullmetal Alchemist. Toei Animation has recently remade the wildly popular Sailor Moon series. As a result, if the mangaka desires, the series will most likely be remade. More importantly, if fans demand it, anime fans may see a completely new version of Tokyo Ghoul. Previously, the series received criticism for not following the manga and for its fast pacing. So, in order to bring out the best new version for the fans, the new studio must keep these things in mind.

Tokyo Ghoul is set in an alternate reality. Here ghouls are creatures that look like ordinary people, but the difference is that they can only eat human flesh to survive. They live among the human population in secrecy and hide their true nature, so they are not killed by the authorities. These creatures have enhanced strength and powers as well, and they also have regenerative abilities; for example, a regular ghoul is capable of producing 4-7 times more kinetic energy in their muscles than an average human; they also have several times the RC cells, which flow like blood and can also solidify almost instantly.

Further, their skin is resistant to piercing weapons, and it possesses at least one particular predatory organ known as a kagune (Japanese), which can manifest and be used as a weapon during combat. Another distinguishing feature of ghouls is that when they are excited or hungry, the sclera in both eyes turns black, and the irises turn red, which is also called kakugan. Every ghoul has a different kagune. A half-ghoul can be born naturally as the offspring of a ghoul and a human, or it can be created artificially by transplanting some ghoul organs into a human. A half-ghoul is usually much more substantial than a pure-blood ghoul in both cases. Only one of the eyes of a half-ghoul undergoes the “red eye” transformation. Natural-born half-ghouls are extremely rare, and creating half-ghouls through artificial means has a meager success rate.

So, as we established that the chances of finding or there being a half-ghoul are incredibly slim. The story essentially follows Ken Kaneki, who is a student. He barely survives a potentially deadly encounter with one Rize Kamishiro, his date, who was a ghoul and tried to eat him as well. He is in a very critical condition, so, he is taken to the hospital. Kaneki discovers after recovering that he underwent surgery that turned him into a half-ghoul as some of Rize’s organs were transferred into his body, and he gets to realize that now, he needs to consume human flesh to survive, just like normal ghouls.

There are some ghouls who run a coffee shop called “Anteiku” they take him in and teach him how to deal with his new life as a half-ghoul. His daily struggles include assimilating into ghoul society and keeping his identity hidden from his human companions, particularly his best friend, Hideyoshi Nagachika.

The prequel series Tokyo Ghoul [Jack] follows the youths of Kish Arima and Taishi Fura, two main series characters who become acquainted when they join forces to investigate the death of Taishi’s friend at the hands of a ghoul, leading to Taishi eventually following Arima’s path and joining the CCG (Commission of Counter Ghoul), the federal agency tasked with dealing with each and every crime involving a ghoul.

In this article:Kaneki, Tokyo Ghoul