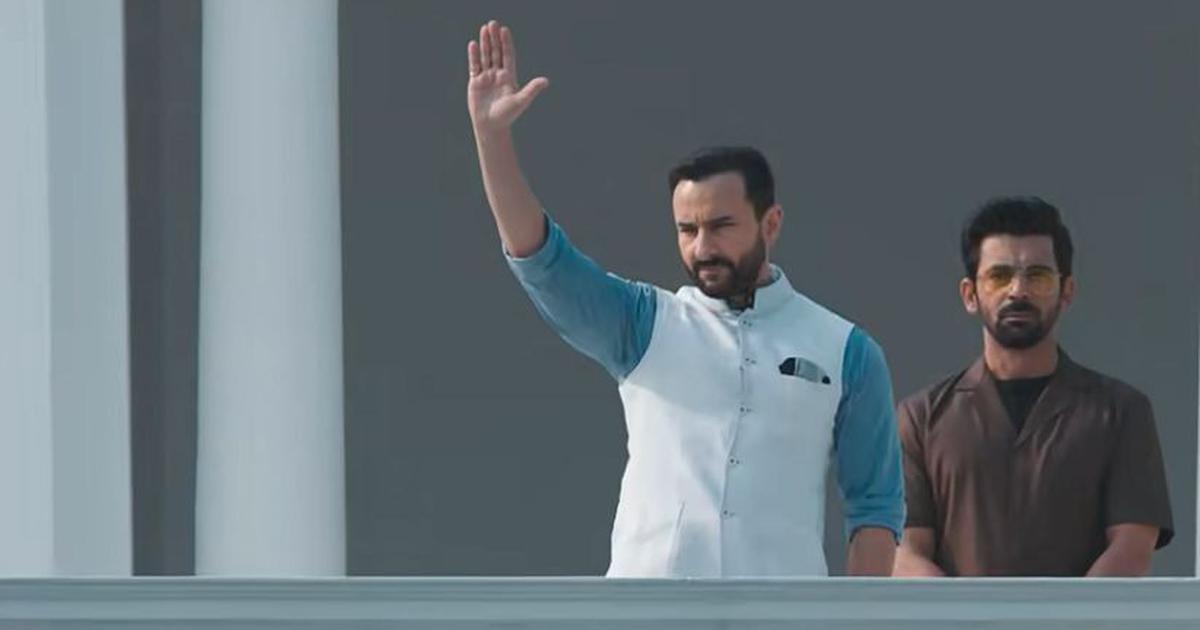 Tandav is an Indian, Hindi language, political thriller web series created, directed as well as produced by Ali Abbas Zafar; this was his digital debut; the show was written by Gaurav Solanki. The show was available on Amazon Prime. The series is about the dark sides of Indian politics, and it portrays the human urges to go to any lengths and beyond in their thirst for power. let’s know more about Tandav Season 2 Release Date Announced.

The shoot for the first season started in October 2019. The filming predominantly took place across the Pataudi Palace, in Haryana and Delhi. The cinematography was handled by Karol Stadnik, and the chief editor was Steven H. Bernard. The series premiered on Amazon on 15th January 2021. It featured a lot of actors like Sunil Grover, Saif Ali Khan, Zeeshan Ayyub, Dino Morea, Anup Soni, Dimple Kapadia, and Tigmanhsu Dhulia.

Samar Pratap Singh (Saif Ali Khan), the charismatic leader of a premier political party known as Janata Lok Dal (JLD), believes he is ready to take over as Prime Minister (PM), but Samar’s father, who is also the party patriarch and the  PM, Devki Nandan Singh (Tigmanshu Dhulia), is not willing to resign just yet. Anuradha Kishore, Devki’s close colleague (Dimple Kapadia), and senior party leader Gopal Das (Kumud Mishra) are just a handful of the many leaders who believe they are qualified for this position.

But this chair does not come lightly; they must constantly strive for it. A comparable scenario is Shiva Shekhar (Mohammed Zeeshan Ayyub), an idealistic university activist who becomes an overnight celebrity after shining at a political event. Shiva now wishes to effect change, persuade the youth, and destabilize the power structures – he knows the sweet taste of power.

Furthermore, power corrupts. Shiva and Samar will cross paths when country politics collide with youth politics. Tandav is the result of a series of manipulations that reveal depths of human avarice, ambition, love, vulnerability, and violence.

The series landed in controversy, and several leaders of the leading political party in India demanded that this show be banned. They also simultaneously alleged that the makers and actors of the show hurt the religious sentiments of the followers of the Hindu Religion. They said that they mocked the Hindu god Lord Shiva in one of the episodes. They also said that it is a critically anti-Dalit show. Then, the maker of the show Ali Abbas Zafar gave an unconditional apology on behalf of the whole cast and crew of the series.

There has been no significant sign of any uproar for the show’s second season despite the considerable demand for it. In an interview, one of the show’s actors Zeeshan Ayyub also said that he would be glad to be a part of the show again if it is renewed for another season. But he said that even he hadn’t heard anything about it yet.

However, Ali Abbas Zafar did say that he had the script ready for the second season. According to some websites, the shooting for the second season is already done, and they will have to figure out a release date now. However, as said earlier none of it has been confirmed as of yet.

As for the cast, in the new season also we expect the show to continue with the old cast only as they have made quite an impact on the public. There is a massive demand for the show, so it can be expected that the show will release soon, maybe towards the end of 2022 or in early 2023. But we can’t say anything set in concrete for now.