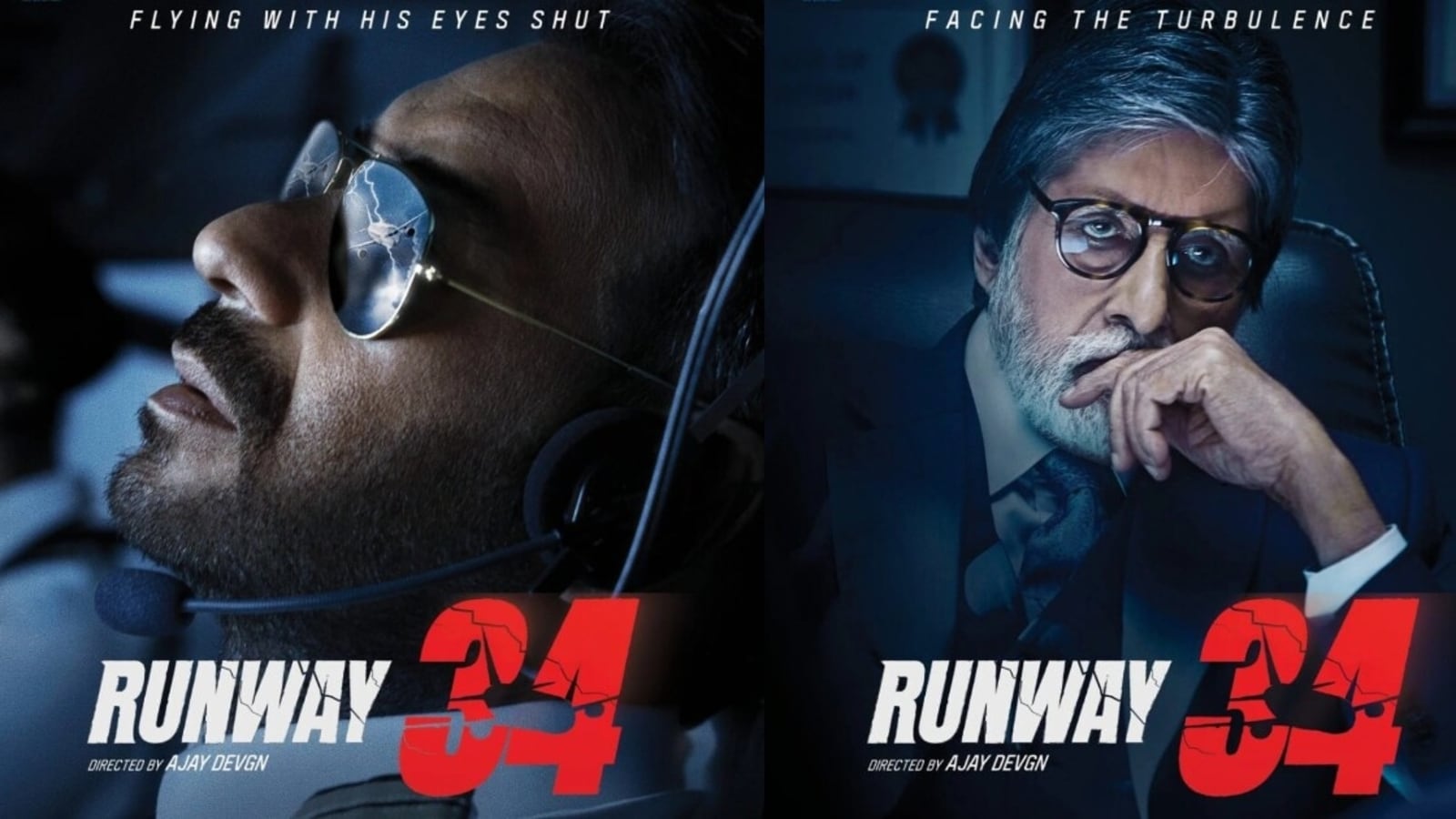 Runway 34 is an upcoming Hindi drama directed by Ajay Devgn, who also stars in the film as the lead actor alongside Amitabh Bachhan, Rakul Preet, and Boman Irani. The plot is inspired by genuine occurrences. Soon, the filmmaker will reveal the whole cast and crew for the film. On April 29, 2022, it will be released. let’s know more about Runway 34: A true incident or a fictional story.

A terrified pilot put out a May Day call even before it should have been issued, with 150 people on board, 250 kg of fuel left, and no landing site insight. To everyone’s surprise, the pilot also wrote Goodbye to the Air Traffic Control (ATC), shocking everyone. This is the central theme of Ajay Devgan’s Runway 34.

Whom will we see on the screen?

The Runway 34 featured Ajay Devgn as Captain Vikrant Singh who also directed the film and he is seen leading his co-pilot on the plane. In the teaser, Devgn’s character appears to be concerned as he attempts a blind landing in bad weather. Rakul Preet Singh will play Ajay Devgn’s co-pilot, who is similarly locked in a panic as they try to land their plane. Amitabh Bachchan plays the officer Narayan Vedant.

In the teaser, he appears to be interrogating Ajay about what occurred when he was attempting to land the plane. The law of gravity is mentioned by Bachchan at this point. One of the characters is Boman Irani. His character, though, has yet to be disclosed. Aakanksha Singh and Angira Dhar are also there. It is heard that a popular YouTuber, Carry Minati also has been featured.

Let’s have a glance into the teaser

Ajay Devgn and Rakul Preet Singh, pilot and co-pilot, respectively, endure air turbulence in the teaser. Following that, we see Amitabh Bachchan teaching Ajay Devgn about gravity and how what goes up must also come down.

In the overall appearance and feel of the movie, this denotes tension and instability.“The truth is concealed 35,000 feet above the ground,” Ajay Devgn, who is also a producer on the film under his banner Ajay Devgn Films, wrote alongside the video.

What did actually happen that day?

The two pilots of Jet Airways Flight 9W-555, a Boeing 737-800, were put to the ultimate test on August 18, 2015, when their flight from Doha, Qatar’s capital, to Kochi, Kerala, didn’t go as planned. Because of overnight rain, the runway was hazy at 5.45 a.m. The pilot attempted a landing at Trivandrum International Airport. However, due to limited visibility, the second landing in Trivandrum was as problematic.

To make matters worse, the plane ran out of fuel while trying unsuccessfully to land. It had 250 kilograms of fuel left out of a total of 1,500 kilograms, as opposed to the required 1,500 kilograms. The pilot attempted three landings on runway 14 in Trivandrum but was unable to do so due to poor visibility. The skipper had alerted the ATC to the fact that the aircraft’s fuel levels were dangerously low.

Even though the sight was bad, he wanted to land. He then made a May Day call, which jolted the ATC room awake. The May Day call had been made by the pilot and his co-pilot on the Boeing 737-800 airplane. The plane was hovering in mid-air, and three landing attempts were made without success. At the airport, a state of emergency has been declared.

All procedures were followed to the letter, including preparing ambulances, notifying city fire departments, and notifying hospitals. In his fourth attempt, the pilot attempted to land. It was a huge success. He made it to his destination without a hitch. Both pilots were fired as a result of the event. An investigation has been ordered.

Where we can watch Runway 34?

It will release in the theatre. It will not available on any OTT Platform right now. So, are you ready to watch this thriller-based movie in the theatre?