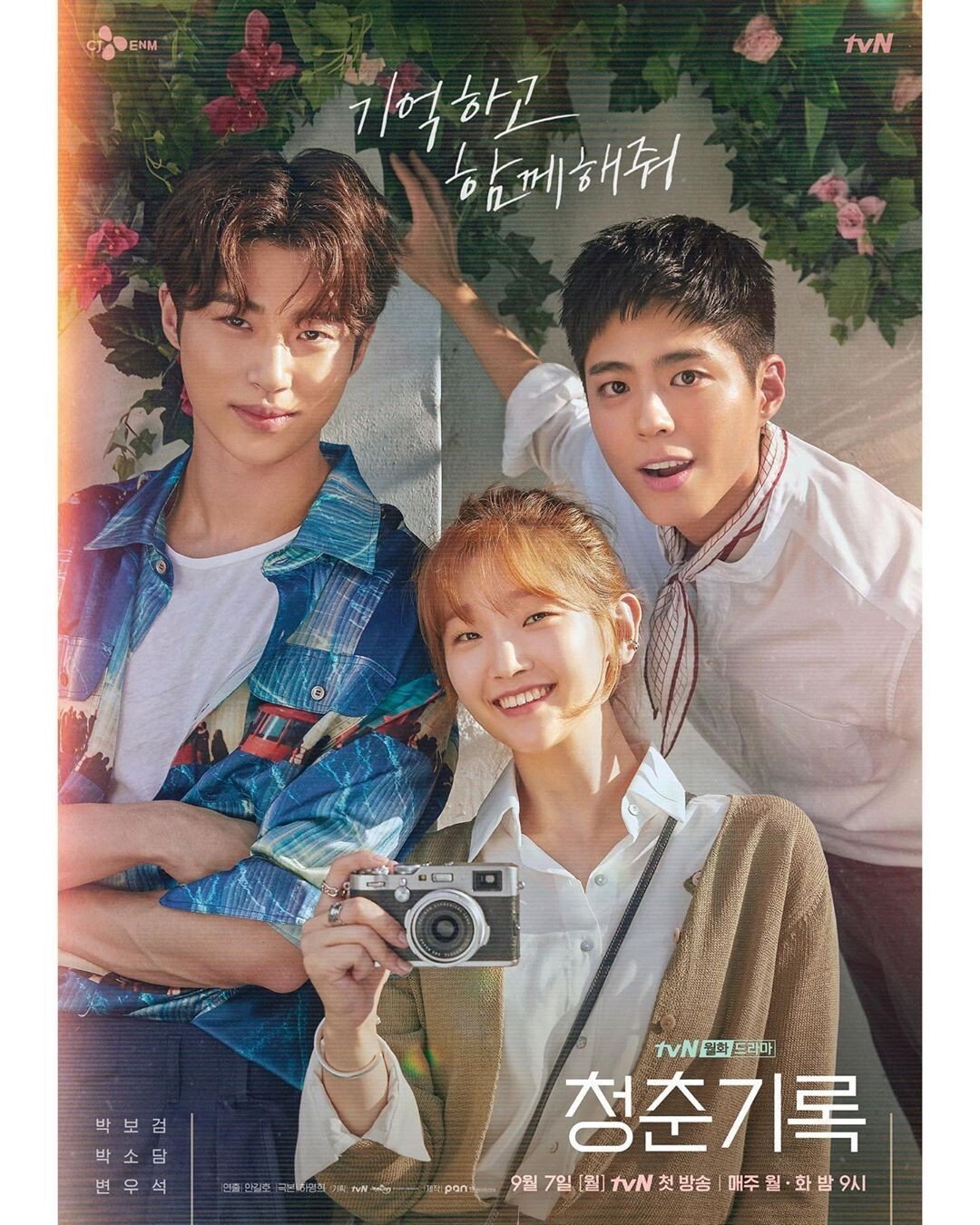 Its first season consisted of 16 episodes and the theme of the series revolved around the lives of three young people in the fashion industry and their struggle to achieve their dreams and love without despair.

Record of youth season 1 comprises 16 episodes and there is no doubt that fans are awaiting a new season of this show. But, as of now, there is no official announcement about the renewal of a new season. However, reports say that there is going to be a season 2 for this show and it may be delayed due to the pandemic. But, let’s expect the announcement for the release date of Record of youth season 2.

The theme of the series is set in the entertainment industry and focuses on the lives of a model (Park Bo-gum) who wants to become an actor and a makeup artist(Park So dam) struggling to succeed in her career as they deal with life’s challenges and fall in love.Park Bo gum plays Sa hye joon.

He is a young model who aspires to be an actor but has encountered challenges on the road to his dream. Despite, coming from a very poor family and some industry men trying to make things difficult for him, he works hard and tries his best to be a kind person and maintain his good attitude.

Park So dam is playing Ahn Jung ha. She works as a makeup artist and would like to have her own story and makeup brand as she quit her job in the corporate sector to follow her dream of becoming a professional makeup artist. Then, she meets Sa hye Joon and quickly makes a strong connection with him. She is a fan of Hye Joon and is hoping to land a makeup gig at a fashion event. Also, Byun Woo Seok has played the role of Won Hae Hyo. He is also a model and an actor and is the best friend of Hye Joon. Despite being rivals in the film industry, the two always remained close to each other.

The scenes and dialogues displayed in the series are not only splendidly written but also very appropriate to the main storyline’s setting. Moreover, even if most if the scenes are predictable but it does not fail to surprise and allows to story to beautifully conveys its message. The series also welcomed the audience to the culture of humorous, joyful, creative yet very realistic insights into the life of the models and artists threading the path in the media and entertainment industry.

Cast and characters of Record of youth

Where can we watch the Record of youth?

Initially, it aired on the tvN network in Korea and is now also streaming on Netflix. Just take a subscription and enjoy this Youth romance Korean drama TV series.

Also Read: When Will Black Mirror Season 6 Be Released?