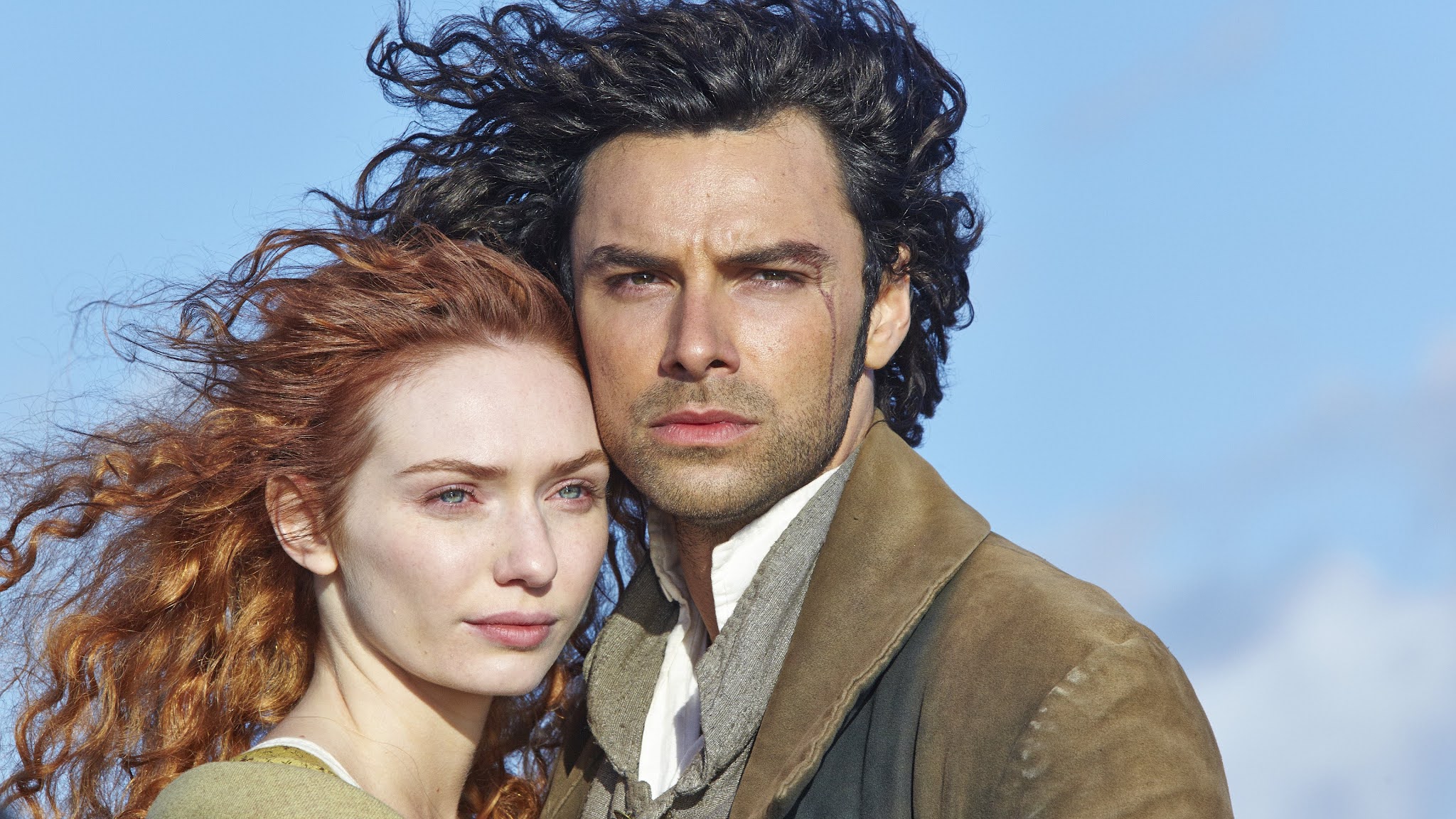 Poldark is a prominent British historical drama television series based on novels written by Winston Graham of the same name, starring Aidan Turner in the lead role. The book series consists of a total of twelve novels, but the TV show has only taken up to depict the first seven novels. The writer and the person who adapted the series is Debbie Horsfield for the BBC, and it was directed by a variety of directors throughout its run.

The plot essentially follows the title character (Poldark) as he returns to Cornwall after the American War of Independence that occurred in the year 1783. The series first premiered on BBC One in the United Kingdom on March 8, 2015, that ran for a total of eight episodes, and on PBS in the United States, which later supported the production, on June 21, 2015, in seven episodes as part of its loved Masterpiece anthology. The first series was based on Graham’s first two Poldark novels. This is also Graham’s second film adaptation, following a BBC One television series that was broadcasted between 1975 and 1977.

The BBC announced on April 8, 2015, that a series would have a second season, which premiered on September 4, 2016, and this series included content from the third and fourth Poldark novels. Later, on July 6, 2016, before series two began, the BBC announced that a third series based on the fifth and half of the sixth novels had been taken to be made. The fourth series, based on the sixth (second half) and seventh novels, premiered on June 10, 2018.  The fifth, which also happens to be the final series, began filming in September 2018 and was broadcast in July 2019.

When the fifth one came, BBC had already announced that they no longer wanted to continue with the series any further. According to the press, it was the fifth and final series of Poldark. There are more Winston Graham novels set later in his life, so the producers haven’t ruled out a return, but it could be years away. Instead, author Debbie Horsfield has left the books, and there’s a lot to wrap up. Will Valentine ever learn the truth about his biological father? Will a Poldark mine ever be profitable? Will Morwenna ever get over her unhappy first marriage?

But this is Poldark, so there’s still time for some outrageous new plots. Poldark is being recruited in what could be actor Aidan Turner’s audition tape for James Bond.

Read More: When Will Love, Death, And Robots Season 3 Will Arrive?

Poldark is an unquestionably brilliant story with an even more brilliant execution of it in a show. It has five seasons in total, all of which were hugely successful. Fans have been anticipating the return of the sixth season since the final episode of the fifth season aired.

Season 6 has yet to receive an official update from the show’s creators. Karen Thrasell, the series’ executive producer, stated in 2019 that Season 5 marked the end of the Poldark Saga. So, we can safely assume that there will be no next season anymore.

After three years in the army, Captain Ross Vennor Poldark returned to his home of Nampara in Cornwall in 1783 after serving in the American War of Independence. When he returns home, he discovers that his father, Joshua, has died, that his estate is in ruins and heavily in debt, and that his childhood sweetheart, Elizabeth, has become engaged to his cousin Francis.

He later meets Demelza Carne, who is a young woman, at the Truro market, and he also hires her as a scullery maid, but eventually, they fall in love and marry in 1787. The story follows the lives of Ross and Demelza, Elizabeth and Francis, and George Warleggan as they deal with their marriages, lost loves, death, the birth of their children, and war over the course of five series.