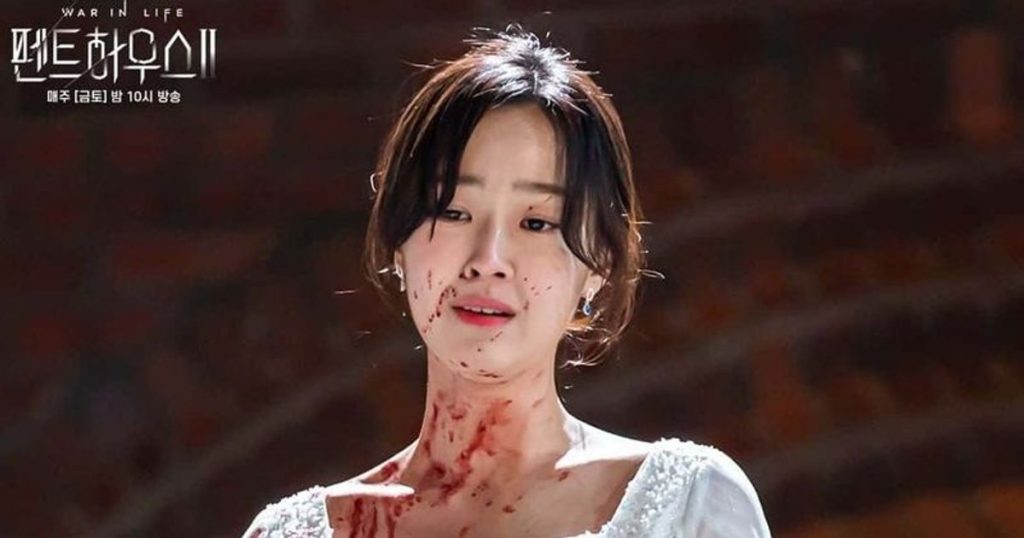 The Penthouse: War in life (Hangul- 펜트하우스, Penteuhauseu) is a South Korean suspense and thriller series. The series starred Kin So-Yeon, Eugene, Um Ki-Joon, Yoon Jong-hoon, Lee Ji-ah, and Park Eun-Seok. The show was directed by Joo Dong-min and was written by Kim Soon-ok. The show revolves around the story of solidarity and revenge of women who had to turn evil to protect themselves as well their children. The show first premiered on SBS TV on October 26, 2020. With 5.354 million viewers at the end of the first season, the series is ranked ninth in the Top 50 Korean television series by countrywide viewers. let’s know more about Penthouse Season 4 Release Date Speculation.

Due to the ludicrous climax of Season 3 and criticism for its dispersed storyline and insignificant incidents, the Penthouse series, which won in 2020 and 2021, was voted the best as well as the worst drama with 43 votes from 200 industry experts.

The Penthouse has been on the air for almost a year, and it is one of the few shows that pique the public’s interest by releasing many seasons. The series’ conclusion raises fans’ concerns regarding the potential of a sequel. The third season of The Penthouse has concluded successfully, and viewers are now eager to hear more about The Penthouse Season 4.

The end of season 3 was not very satisfactory, according to the fans as well as the critics. The critics even overtly said they didn’t like the ending, and this gave the fans some hope. There have been numerous rumors about its renewal.

Hence, everything is still in shackles

Penthouse chronicles the story of affluent families living in Hera palace with their children going to Cheong-ah Arts school.

A wealthy woman named Shim Su-Hyeon (played by Lee Ji-ah) is dealing with a traumatic past. Her husband, Joon Dan-tae (played by Uhm Ki-Joon), is a successful businessman, and she later comes to know that he is hiding a big secret from her.

Then, Oh Yoon-hee (played by Eugene) is not that affluent, and she has some enmity with Cheon Seo-jin (Kim So-Yeon); they both get involved in a love triangle with Ha Yoon-Cheol (Yoon Jong-hoon). Cheon Seo-jin’s father also happens to be the head of Cheong-ah Arts school.

They all have lofty goals and dreams for their children and would go to great lengths to provide for them. Their lives, however, begin to fall apart when a young, intriguing girl named Min Seol-ah (Jo Soo-min) falls to her death during a party at Hera Palace. While the inmates of Hera Palace strive to cover up the fact that she died on the premises, they can’t help but suspect each other.

Season 2 of Penthouse then focuses on Su-Ryeon’s secrets, Cheon Seo-jin’s downfall, and the palace kids who want to be the best and have endeavored to win the award at the arts festival.

Cheon Seo-jin and Joo Dan-tae decided to marry after successfully framing Oh Yoon-hee for murder. Oh Yoon-hee and Ha Yoon-Cheol, who have just returned from the United States, interrupt their engagement party. As the truths are revealed, and the people at Hera Palace’s relationships become entwined, another unknown figure emerges and challenges them.

Penthouse season 3 then focuses on the residents and their trials and the aftermath of it all. Shim Su-Ryeon (Park Eun-Seok), who faked her death in Season 1, thinks she may finally live happily ever after when Logan Lee (Park Eun-Seok) dies right in front of her eyes. Meanwhile, the Hera Palace residents are released from prison and attempting to rebuild their lives. This serves to be the beginning of the final showdown of greed, corruption, justice, and redemption.

In this article:kdrama, penthouse, season 4