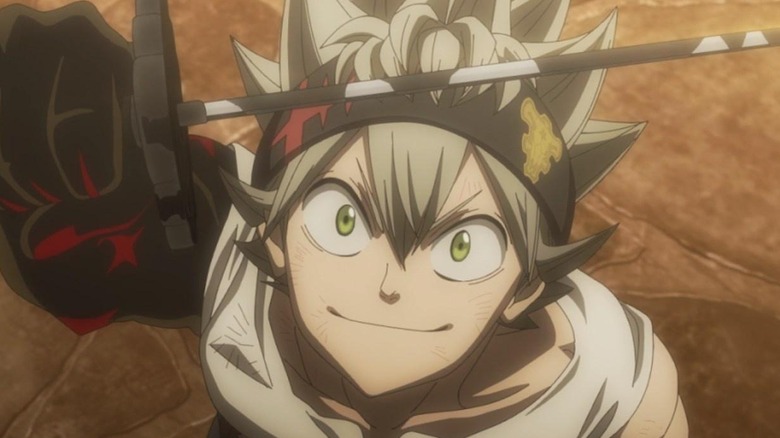 Black Clover To Get Its Final Saga This Week

The past three months have been very dark and hell without the Black Clover Manga being released at all. But, we recently got some good news that the manga is coming back and will resume its serialization.

In chapter 331 of the manga for Black Clover, we saw that Yuki Tabata threw a huge curveball at us, and then left us with no single explanation whatsoever. Since then all the fans have been going crazy and have been stewing in the bittersweet curiosity for three long months. It would not come as a surprise if the website crashes after chapter 332 is released.

It is expected that chapter number 332 of the manga is going to be released on the 1st of August, 2022, after a very long winding hiatus. As it has been reported earlier, this will be the final saga for the Black Clover manga.

Black Clover To Get Its Final Saga This Week

When it first debuted way back in 2016, Black Clover took the internet by storm. And it has a huge fan base and people love it a lot, so it comes as a great relief that the next instalment is scheduled to be released in early August. Black Clover is essentially about the struggling and tough journey of two orphans Asta and Yuno, as they are on their way to become the wizard king, which leads them to various long and tedious situations.

The series has come a long way, from combating the Eye of the midnight sun to then finding themselves against the Devils of the Spade Kingdom, the duo of Asta and Yuno have definitely come a very long way, the series has been very strong so far. When the manga went on a hiatus recently, it left the fans with a lot of puzzled and unanswered questions about the fate of this well-loved and dynamic duo in Black Clover. The makers of the manga did not even confirm if the era of the Spade Kingdom Raid arc came to an end or not.

However, once it was assumed and slightly confirmed that the era of Spade Kingdom Arc was potentially over, as was also being insinuated by various rumours, Mangaka Yuki Tabata went on a hiatus.

Creating manga is a huge responsibility, and it comes with a lot of exhaustion and it is very natural to burn out, so it would be a case of the makers taking a break from all the burnout and the years of working continuously. As per their words, the initial date for the release of the chapter 332 was supposed to be the 1st of May, 2022. However, as it is apparent, they revised the date and now it is assumed that it might be released on the 1st of August, some reports say that it might be released on the 7th of August, so we will still have to wait and see as now it is only for time to tell us when we will get the chapter to be live.

If it starts being regular again, we can expect it to be back on its old schedule, of it coming every Sunday as it was a part of the Weekly Shonen Jump magazine that is issued every Sunday.

The upcoming chapter is most likely to be the final arc of the manga. The last chapter, that is chapter 331 dropped a piece of information, that could be considered to be the biggest twist of the entire series. It was revealed that the Wizard King Julius Novachrono was the fourth of the Zogratis brothers. And to top things off even further he was also the host for Astaroth, the time Devil.

The consequential ramifications of this revelation are being speculated to be huge, and it got the fans to be very curious about the way the protagonists will deal with the entire situation. Now that it is established that Lucius Zogratis, also famously known as Julius Novachrono, has Lucifero’s heart, it is going to be very interesting indeed to see the series unfolding in a new way. The final arc is supposed to be focusing on the duo, Asta and Yuno and their battles now that they are to be facing the upper devils who are not able to manifest themselves into a human form for a lot of reasons.

There haven’t been any raw scans or notable leaks because the manga hasn’t yet gone live. However, as the release date approaches, fans can expect some leaks. Given the current state of manga, there is a lot that can go wrong. Will Asta and Yuno be able to keep up with and defeat the devils? Will the dynamic duo be able to withstand the Lords of the Underworld? All of these questions will be answered when Black Clover Chapter 332 becomes available.

Black Clover (Japanese-ブラッククローバ), has been written and illustrated by Yuki Tabata. The plot revolves around Asta, a young boy who is born without magical abilities. He lives in a world full of people who have a lot of magical powers and he seems to be the only one who does not have any. However, this does not deter him or his determination, and Asta intends to become the next Wizard King alongside his fellow Black Bulls mages. Since February 2015, it has been serialised in Shueisha’s shonen manga magazine Weekly Shonen Jump, with chapters collected in 32 tankbon volumes as of April 2022.

The series mainly focuses on a young Orphan boy named Asta. He grew up in an orphanage where he meets another orphan named Yuno. In the world where Black Clover is set in, everyone is born with some sort of magical power, but it seems like Asta does not have any, while Yuno does. However, Asta decides to not sit back and increases his physical strength instead. But, Yuno on the other hand, was born as a prodigy endowed with enormous magical power and the ability to control wind magic.

The two teenagers formed a friendly rivalry over the desire to become the next Wizard King, a figure of authority second only to the king of Clover Kingdom. Yuno finds and takes under him the possession of a legendary four-leaf grimoire once owned by the kingdom’s first Wizard King. The four-leaf grimoire is a rare grimoire which is given only to the most powerful mages. Despite his lack of no magical power, Asta obtained a mysterious five-leaf grimoire that contained mysterious elf swords and a bodiless Devil race member who uses rare anti-magic. Following that, he and Yuno become the first members of a Magic Knight squad.

Later on, as it is shown, Asta joins Black Bulls which is a group made by Yami Sukehiro, alongside Noelle Silva, while Yuno joins the Golden Dawn. They embark on various adventures while battling an extremist group known as the Eye of the Midnight Sun, whose leadership is manipulated by a Devil in order to avenge an injustice committed against the Elves by the Clover Kingdom during its founding. The Magic Knights then confront the Spade Kingdom’s Dark Triad, with Asta and Yuno learning of their Devils’ influence on their lives and the Dark Triad’s plan to fully manifest the Devils into their world.

About The Dynamic Pair Asta and Yuno

They are the protagonists here; the manga portrays them showcasing their power in distinct ways. Yuno is one of the strongest wizards in the clover kingdom to date. On the other hand, Asta is a magic-less individual who majorly pushes through adversities and challenges by employing his sheer determination and resilience. Asta also possesses Anti-Magic, which can easily cancel out any form of magic. His anti-magic swords from his 5-leafed Clover Grimoire make him the series’ ideal wild card.

Although Asta, Yuno, and Noelle are the primary characters of the well-known anime Black Clover, there are still a number of other notable protagonists who help the Clover Kingdom and its elite Black Bull magicians combat The Dark Triad and other terrible foes. Some of the key characters are much more enjoyable to watch than others since they have different personalities in addition to having different magical abilities.

Some of them are:

Fuegoleon Vermillion: Fuegoleon’s moral integrity and uncritical attitude toward others who are less fortunate than him, despite the fact that he is a nobleman from the first house of Vermillion, are some of the traits that make him so endearing.

Mimosa Vermillion: Fuegoleon’s cousin Mimosa Vermillion, a cutesy timorous but well-behaved teen with an insatiable sweet tooth and a taste for black tea, is one of the most endearing Black Clover characters. Unlike the arrogant Klaus, Mimosa warmed up to Asta right away and showed her loyalty to him right away.

Vanessa Enoteca: Vanessa Enoteca, a crucial member of the Black Bulls, is one of the show’s most gorgeously messy characters. Vanessa is a formidable witch, but the others refer to her as the Drunken Frenzy Witch because she loves to drink a lot.

In this article:black clover, Black Clover To Get Its Final Saga This Week