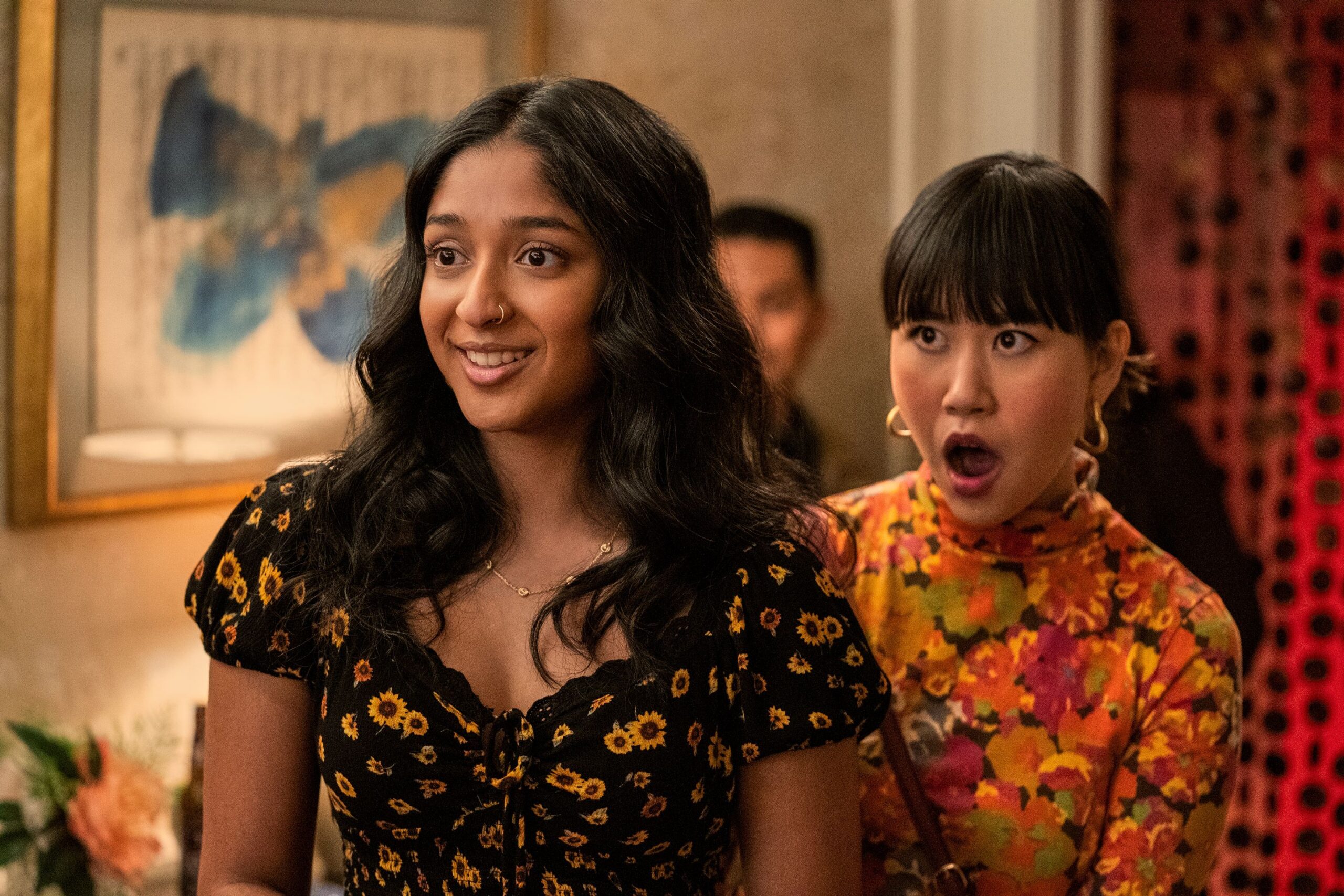 Never Have I Ever Season 3 Ending Explained

Never Have I Ever Season 3 Ending Explained

Ben (played by Jaren Lewison) and Devi spend most of Never Have I Ever Season 3 working on their issues and looking into other romantic partners. This season barely addresses their feelings for one another. The Never Have I Ever ending, on the other hand, compensates for the lack of romantic Ben and Devi moments.

Devi realizes the value of living in the moment after deciding not to transfer schools during her senior year of high school, having an emotional moment with her mother, and seeing Paxton (Darren Barnet) graduate. Ben also admits that he would miss Devi if she left. This occurrence, combined with Devi’s decision to be more spontaneous, resulted in a pivotal moment between the two. Devi comes across Ben’s joke “one free boink” card and decides to use it. The season ends with them about to kiss and Ben closing his room door. There are a couple of possibilities after the doors close. One possibility is that they have sex, and the other is that they do not. Whatever they decide, at least we can agree that there will be a lot of awkwardness after it; it might not lead to a happy ending after all.

Never Have I Ever Season 3 made a point of emphasizing Fabiola’s (Lee Rodriguez) and Eleanor’s (Ramona Young) first sexual encounters. The way they included other sexualities in the spectrum was also quite an experience and a progressive one.  I believe this is to set up Devi’s first time being mediocre. Devi and Ben may try to get it right or run as far away from each other as possible. If they don’t have sex, it could create other obstacles to their happy ending. I predict that the first few episodes of Season 4 will feature Ben and Devi attempting to navigate their relationship but failing miserably. However, I believe they’ll be an official couple by the middle of the season.

Whether this will lead them to ride into the sunset by the end of the series is still conflicted. In an online interview given to E! Barnet did point out that Devi and Ben could possibly clash as a couple, in a sort of relationship where they are always challenging each other for no reason at all. The Devi and Ben romance may not be the show’s ultimate goal, but I believe it will be a focal point in Never Have I Ever Season 4.

How Things Ended For Devi And Paxton

Paxton delivers his senior graduation speech, which consists of him praising Devi for making him a better person. He even tells Devi that the speech is all about her. They have a nice moment, but the sparks are gone…or so it appears. Lang Fisher who is the co-creator of Never Have I Ever, has stated in multiple interviews that the love triangle is not over. In an interview with Entertainment Weekly, she stated that she sees Season 4 as a new chapter for Devi and Paxton. He’s no longer an unattainable fantasy. Fisher did not elaborate on what might happen between Devi and Paxton in Season 4. Still, in an interview with USA Today (opens in new tab), Darren Barnet discussed his plans for Paxton’s future, including his relationship with Devi.

He confirmed that he would appear in Season 4 of Never Have I Ever (which has already been filmed). Paxton graduated with plans to attend Arizona State University. As a result, many of Paxton’s storylines may take place outside of his former high school. We might also see him return home for various reasons, such as holidays or dropping out of college. When asked about Devi and Paxton’s relationship, Barnet stated that people could reconnect many years later. He also called them “lifelong friends.” This is how I envision Devi and Paxton’s romantic ending. If Devi does end up with Paxton, I anticipate a flash forward in which we see them together years later or meeting again.

He confirmed his participation in Season 4 of Never Have I Ever (which has already been filmed). Paxton plans to attend Arizona State University after graduation. As a result, many of Paxton’s storylines may take place in locations other than his old high school. We may also see him return home for various reasons, such as vacation or dropping out of college. In response to a question about Devi and Paxton’s relationship, Barnet stated that people could reconnect many years later. He also referred to them as “lifelong friends.” This is how I imagine Devi and Paxton’s romantic ending to be. If Devi does end up with Paxton, I expect to see them together years later or meet again in a flashback.

Another romantic storyline for them could be reuniting before the series ends but ultimately deciding that they are better off as friends. I believe Paxton and Devi will have a romantic relationship in the final season. They may be nearing the end of their game or their romance is ending.

READ MORE: Will Season 5 Of Better Call Saul Be The Last Season?

In Season 3 of Never Have I Ever, Devi must decide whether to transfer to a new school to improve her chances of getting into Princeton or to stay at her current school to avoid having to “ditch her John Hughes dreams of senior year.”

Initially, she decided to attend the new Colorado high school. Then she reconsiders because she doesn’t want to make such a big step just yet. This decision exemplifies Devi’s development throughout the season. She now recognizes the value of living in the present moment. We might see a more confident and laid-back Devi in Season 4 now that she’s matured and gained a new perspective on life. That season will also likely feature Devi exploring her life after high school. Devi says in the finale that she will not compromise on Princeton. That could become a plot point in the final season. Her acceptance or rejection from her dream school, and then deciding whether she still wants that dream.

Devi is a daydreamer, so we’re sure she imagines college to be like the movies. It will be interesting to see Devi’s reaction if the fantasy does not match reality. Because Never Have I Ever Season 4 revolves around Devi’s senior year of high school, we’re likely to see some of the best coming-of-age movies.

Maitreyi Ramakrishnan mentioned being “team Devi” in the same E! Online article. The mention of team Devi leads me to believe that team Paxton and team Ben may both be given a wake-up call if the show ends with Devi single.

What Could There Be For The Other Characters?

The Never Have I Ever cast is full of great actors and interesting characters, so Devi, Paxton, and Ben aren’t the only ones we’d like to talk about after Season 3 concludes. Eleanor and Fabiola both had their virginities taken away. They’re also in happy relationships. Eleanor discovers Trent (Benjamin Norris) must repeat a senior year, giving them at least one more year together. The final season will almost certainly feature more Eleanor and Trent antics. We can’t wait to see more of them in the final season because they were one of the best parts of Never Have I Ever Season 3.

This season, Nalini (Poorna Jagannathan) explores a new friendship, and in the following season, she explores a new romance. Lang Fisher discusses Nalini’s new love interest in Season 4, played by Ivan Hernandez, in a Deadline interview. The last time Nalini and Devi had a romance, neither of them was prepared. It will be fascinating to see how they both react to Nalini’s new love interest.