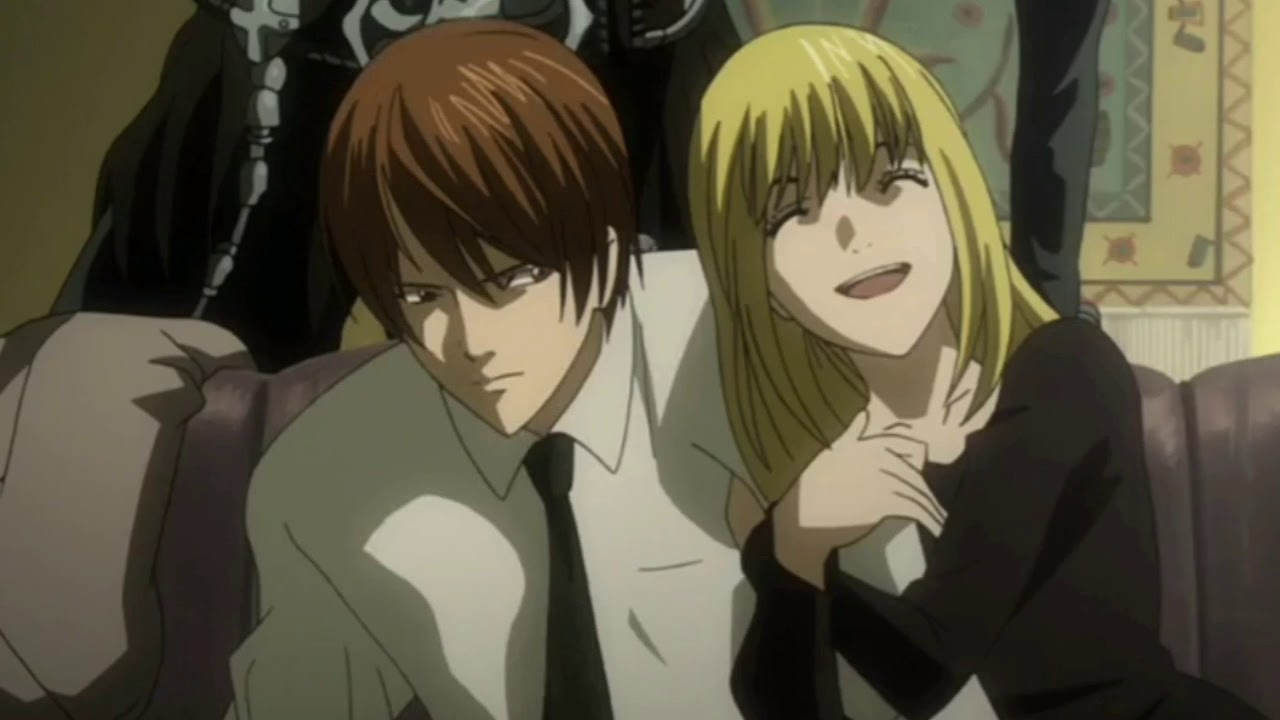 Misa and Light Who Is The Best Kira?

If you are a hardcore anime fan, you must have heard of and maybe even watched Death Note. Do you remember Light’s Kira laugh? It is considered one of the best dark fantasy anime out there. The setting, the execution, and above all, the characters, everything about this anime is mesmerizing.

Released way back in 2006, Death Note is a fantastic animated supernatural thriller. This 37-episode story unfolds with many twists and turns while maintaining impressively rounded characters and a slick art style and animation. There’s a reason this is considered one of the best anime series available.

The story begins with Light Yagami, a cynical high school student who stumbles across a mysterious book called Death Note. Light decides to rid Japan of crime by killing every criminal in the country, claiming that he can kill anyone whose name is written in the book in 40 seconds. Later on, he is accompanied by a Shinigami, who is the actual owner of the death note, Ryuk.

Light decides to free the world of crime. However, this obsession aggravates itself, and now Light decides to become the God of this new world he wants to create. As he keeps killing people, Light loses his humanity to the book, an eccentric private detective named L steps forward to oppose Light’s murderous rampage. What follows is a dangerous game of cat and mouse as Light (now known as Kira) and L tries to figure out who the other is while keeping their own identities hidden.

For the most part, it’s a great formula, and as the episodes progress, Death Note subverts expectations with a few well-executed plot twists that turn the entire narrative upside down. Later on, we also see that a girl named Misa Amane also somehow obtains a death note, which is now the second death note in the world, and she is completely mesmerized by the original Kira.

And in order to grab the original Kira’s attention, she also starts her own killing spree. She also, at the cost of half her lifespan, makes a deal with Rem for Shinigami’s eyes, which reveal the names of anyone whose face she sees. Misa discovers Light’s true identity as the original Kira in order to have him as her boyfriend, but Light has another plan: he intends to use Misa’s Shinigami eyes to determine L’s proper name. L believes Misa is the second Kira and arrests her. Rem threatens Light with death unless he finds a way to save Misa.

Later, Misa confesses she is in love with Light; Light then instructs her to kill the people as usual, so L would not suspect a thing.

Misa and Light: Who Is The Best Kira?

It’s safe to say that no single Death Note character is as reviled as Misa Amane. However, rather than focusing solely on the aspects of her that fans dislike, we wanted to include some aspects of her that we adore. After all, no one person is defined by a single characteristic, and characters are no exception. For all of the negatives Misa may bring to the show, she also has her positive moments, and fans believe it’s only fair to highlight both if there’s to be any discussion about her character at all.

But my vote and money definitely go for Light Yagami as Kira. He brought more brutality to the table. Further, Misa did not per se have a goal of her own; she was merely enamored by Light to the point of blindly following whatever he said.

The Light was crueler and more brutal, which perfectly suited the dark vibe what Death note sought to bring in for the watchers.

When it comes to reviewing Misa as Kira vs Light as Kira, it is not a very difficult choice to make, as everyone loves Light more as his role as the original and more brutal Kira. At least, I believe Light, as Kira, did more justice to what I think would have been the writer’s vision of what a Kira is essentially going to be. Light Yagami is an intriguing choice for the main character. Throughout the series, his negative thoughts are constantly projected. However, his motivations do become increasingly erratic and antagonistic as the series progresses. However, we do notice that there is still some sympathy for his cause. The character development is interesting as well. Light goes from being an innocent high schooler who regretted his first killing to this brutal eccentric person who is determined to kill every criminal to this egotistical person who is ready to kill everyone, no matter how innocent, if they stand in his way of creating a utopian world.

Light definitely had more determination and his cause. However, stupid it seemed at first did make sense, but on the other hand, Misa did not really have a cause for her Kira character. She mostly just wanted to gain Kira’s (Light’s) attention. Further, in my opinion, giving half of her life span in exchange for Shinigami’s eyes was a bold but stupid move.

Misa Amane is indeed cute and bubbly, which I think is not the suitable or apt appearance for someone who actually holds death at the tips of their pen, and she is the sore thumb in the cruel and ugly world of “Death Note,” but she can be just as cunning and cunning as Kira himself. She is also the luckiest and unluckiest woman in the world. Her life is saved by a Shinigami admirer who gives up his life for her. Rem, another Shinigami who only wants Misa to be happy, eventually saves her. Misa’s life, however, is irreversibly altered when the suspected murderer of her parents is acquitted. Misa develops an unhealthy admiration for Kira after she takes care of the murderer, which blossoms into love when she discovers Kira is Light.

Further, intentionally they have made Misa’s character a bit dumb as well. She fails to recognize that Light is merely using her death note as well as her Shinigami eyes to further his agenda of being this new God of his dream crime-free world. Despite everything Misa does for Light, he is willing to discard her and make Kiyomi Takada his “goddess of the new world.” Misa’s story is a powerful tragedy and a powerful reminder: Never put your happiness entirely in the hands of another person, especially someone like Light Yagami.

However, at one time, we did see that she was being tortured by L to get information out of her. However, she stays strong. After arresting Misa, L and Watari force her to stand upright in a straight jacket with a metal bar over her eyes for weeks on end. Misa would be perfectly justified in seeking vengeance for this alone, but she ignores it because she is focused on a larger goal, which sort of shows her dedication to Light’s own goal.

Misa, who is as tough as nails, deserves some credit for her tenacity.

The Light was indeed brilliant, and he had an excellent vision for the world; despite being brilliant, his arrogance and impulsiveness did bring him down quite a few times and ultimately to his death as well. Light begins as an ordinary high school student, despite his incredible intelligence, but things change when he discovers a notebook that has the ability to kill anyone whose name is written inside. He intends to use the death note to execute the world’s criminals in an effort to purge it of evil, but this quickly attracts the attention of law enforcement agencies all around the world. He very nearly escapes punishment for his misdeeds, but he is repeatedly thwarted in his attempts by his own careless errors.

The biggest mistake he made was trying to assume L’s identity after he died. He had nothing to fear after L died, but he, out of arrogance or whatever, made this dumb mistake.

He also severely underestimated Near. Even though Near had a lot of extremely lucky moments throughout the last cour of Death Note, he is still a great detective. Given that he was prepared to someday succeed L, this is perhaps not entirely unexpected. Before the decisive encounter, he outsmarts Light multiple times, recognizing him as Kira very soon.

In light of all of this, it is somewhat surprising that Light didn’t have a backup strategy, especially considering how simple it would have been for Near to test the Death Note and discover that it was a fake. It’s possible that his inflated ego and grandiose fantasies were the cause of his overconfidence, but it was nonetheless a catastrophic error.

His arrogance and capriciousness took him towards his ultimate downfall, and if he had been slightly more cunning and had taken pauses, he was going great with his plan. In such a dark anime, I defiantly side with Light more.