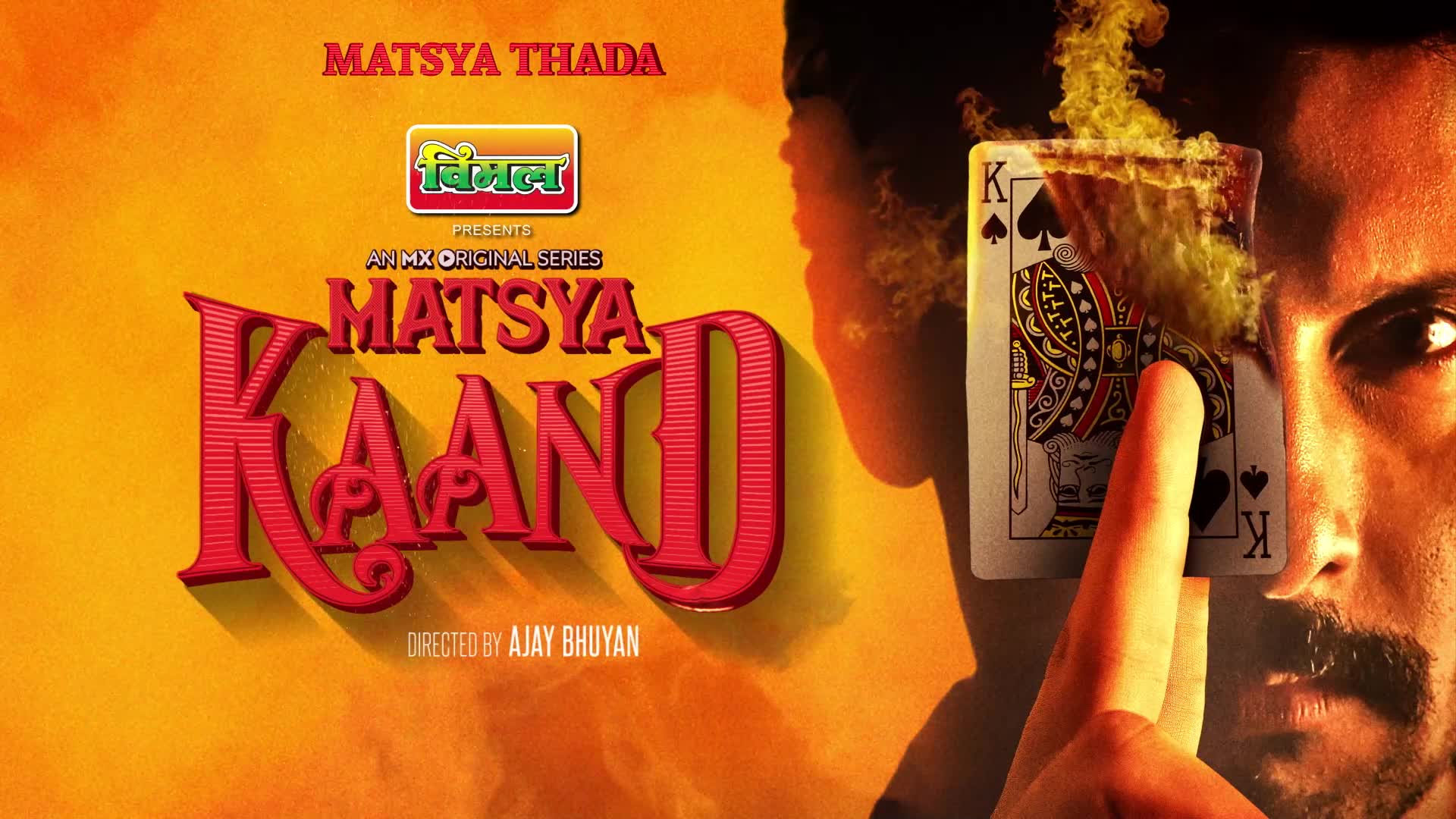 There is something so magnetic about crime shows and thrillers that leave us in awe and desperation to want more and more, be it the magnificent action sequences or an anti-diabolical hero’s genius and addictive persona; we adore our antagonists, perhaps at par with the adoration for our heroes. let’s know Matsya Kaand Season 2 release date Announced.

But what about those times when we can’t tell who is who? What about the times when we get so engrossed in the storyline and the characters play their respective roles so suitably and unforgettably that the line between their different personalities begins to fade away? And you already know that we prefer those kinds of stories to the typical evil guy themes.

Yes, we are talking about a show brought to us by our own, an indie OTT platform MX Player. It is available there for free, and it is one of the main reasons it is being talked about a lot and on this large scale.

Matsya Kaand is an Indian thriller and crime series and an original brainchild of Mx Player, and it created a massive buzz among its viewers within just a few days of its airing. It has managed to captivate the audience with its excellent content and spectacular performance.

It contains a total of 11 episodes, thus marking the completion of season 1. The series is directed by Ajay Bhushan. It also has a cast of seasoned movie stars such as Piyush Mishra, Ravi Kishan, and Rajesh Sharma, and the blooming talented and young personalities such as Ravi Dubey. It is the narrative of a con guy and his quest for vengeance, which leads him to encounter nemesis after nemesis but also a few friends to back him up. It’s a genuinely binge-worthy show with something for everyone. Season 1 was a huge success, and there are huge expectations for season 2 as well.

Season 1 And More About the Characters

The program contains lively and well-written characters, as well as well-cast actors and actresses to fill them out. Let us dive into a bit of detail here:
Ravi Dubey plays the role of one Matsya Thada or simply Matsya. He is supposedly a con man, a master of disguising himself, extremely witty, charming, and a bright and skilled fraudster. But was he always like this? No, he used to be an ordinary and brilliant student at his school, but that all changed when he went to jail at the age of 18.

His primary goal in conmanship is to extract his and his master’s retribution.
Ravi Kishan is seen as one Tejraj Singh, who is an ACP in the police, a typical neighborhood bad cop who exploits any twisted means to get his work done and get what he wants. He is on a mission to stop Matsya after he pulls a major con in the first few episodes. And, as previously said, he is willing to go to any length to attain his goal.

Piyush Mishra is seen as Anand Pandit, a teacher of Matsya; they both meet in jail, and he is also his fellow inmate there. He is referred to as Pandit Ji in the show.
Urvashi is played by Zoya Afroz. She is the charming and gorgeous trickster who swindles and deceives people for a living in the name of magic. When she joins forces with Matsya and his other accomplice, her life takes a turn for the better.
The beauty of this show is increased by its various supporting characters as well.

The names of all the episodes are inspired by a Mahabharata entity, incident, or item from it. Coming to the release date of season 2, the way the first season ended, it’s reasonable that there ought to be a second season. And there is a good chance it would be coming in 2022 only, however, towards the end. There is no clarity over the cast yet, so we will have to wait for an official announcement for now.

Also Read: Will They CGI Stan Lee In The Upcoming Marvel Movies?