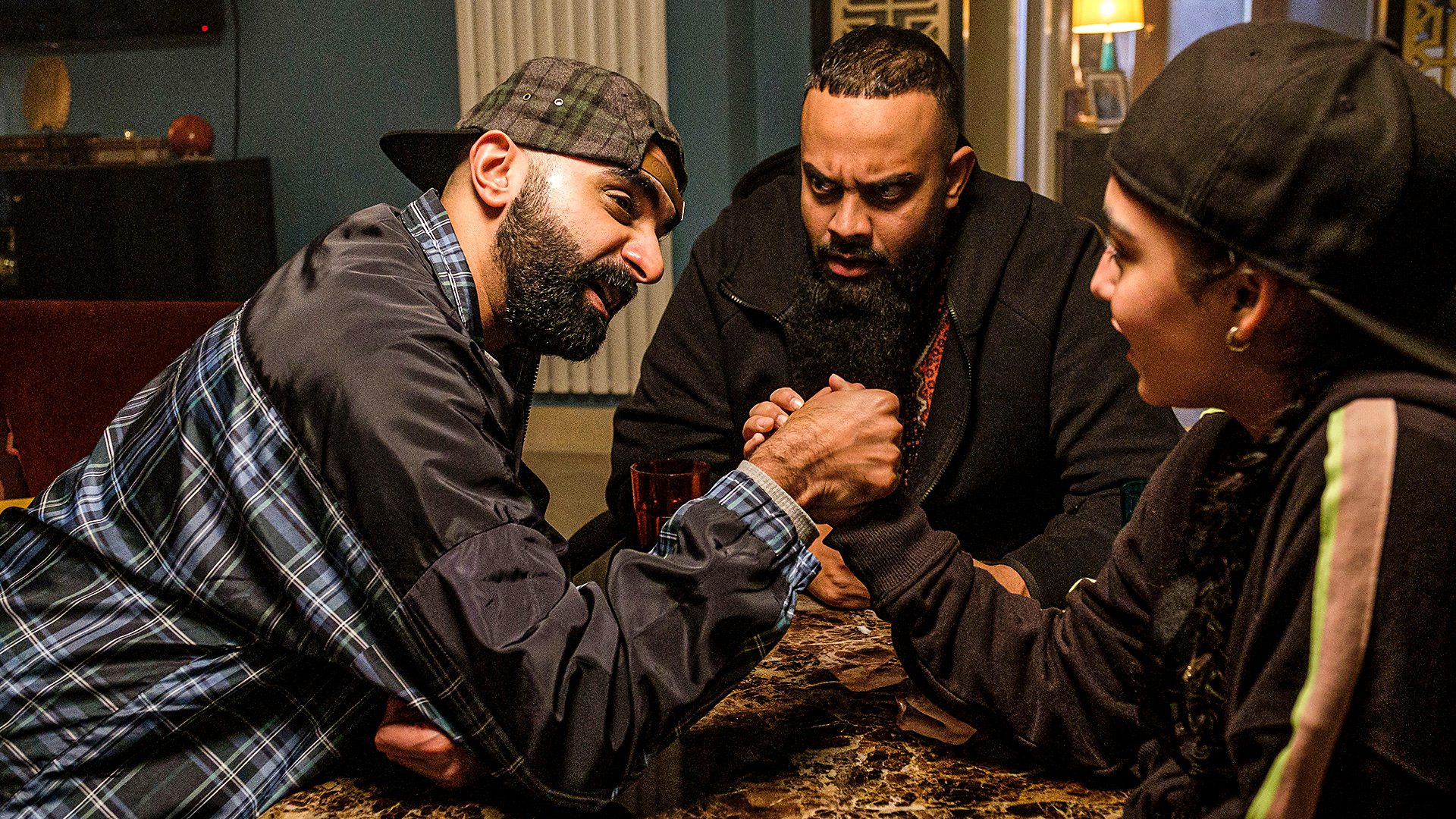 Man Like Mobeen is a British comedy television series, which is set in the small town of Small Heath, Birmingham. The drama series has been produced by Cave Bear and Tiger Aspect Productions for the digital broadcasting channel BBC Three. The show was written by very famous and talented Guz Khan and Andy Milligan. The show is based on the regular lives of the three mates who have lived whole their lives in Birmingham. They are Mobeen the lead actor himself, and his other two friends named Nate and Eight. Season three of Man Like Mobeen ended on a cliffhanger which left all the fans wondering whether there is a possibility there will be a fourth season or not.

As per several reports, and even BBC officials, there has been no renewal for the show Man Like Mobeen yet, as of September 2022. It has not been renewed for season four yet, however as soon as we get to know something we will keep you updated on that.

Man Like Mobeen has yet to be officially renewed for season 4 by BBC Three. There is no release date for the new season as of September 2022. This does not however in any way mean that the show has been canceled. The show may be on hiatus temporarily, and the next season has yet to be announced or scheduled.

The third season for Man Like Mobeen came way back in 2020 and since we all are aware of the whole COVID ordeal and the pandemic which caused a lot of shows to just get wrapped up indefinitely. So it might take some more time for Man Like Mobeen to be renewed.

The show premiered way back in 2017 and has been a fan favorite for the past few seasons. Each episode has a runtime of nearly 20 minutes, and based on the previous seasons’ records, we can easily confirm that the final season may also end up having 4-5 episodes, for a total of about 17-18 episodes. However, we are now in 2022, and we can anticipate the show’s announcement anytime soon.

The show as mentioned earlier follows the story of Mobeen who spends most of his time with his friends Nate and Eight. His parents are not in the picture so he is also responsible to take care of his much younger sister named Aqsa in the city of Small Heath, Birmingham. Mobeen tries to be religious and live a good life as a Muslim as well, he also tries to ensure that his little sister reaches her full potential. Mobeen used to be a drug dealer in the past and so he has to from time to time deal with the hauntings too.

The show follows his daily life and his struggles through everything while helping his little sister as much as he can as his parents are not there anymore.

The main character is Mobeen, hence the name, and is played by Guz Khan. He is a reformed drug dealer who is raising his younger sister and dealing with his murky past as well. Then we have Tolu Ogunmefun who plays the role of Nate, one of Mobeen’s best friends, he is an advocate by profession. Another of his best friends Eight is played by Tez Ilyas who is part of the chosen family for little Aqsa. Then Duaa Karim plays the role of Aqsa, Mobeen’s younger sister, she is often tired of him but loves him a lot and looks up to him a lot. As we are not sure about the release date of season 4, so we cannot say anything regarding the cast also.

The first two seasons of the series were full of fun and laughter, but beginning with the third season, there has been a change in the overall vibe of the series with much less laughter and twists everywhere, we see how one of Mobeen’s friends ends up stealing Azaar’s car and the cocaine inside it, which soon ends up being Khan’s cocaine, we soon see how Mobeen has to work for Khan and a series of complete violence goes out throughout the entire series, we see Mobeen and the scene cuts to some time later, a small skip and there is suspense.

As we know and mentioned earlier that there is no official announcement of Man like Mobeen season four yet, hence there is no trailer for the same either. It can be expected sometime in 2023 early months. However, you can check out the trailers for the previous seasons on YouTube.

Man Like Mobeen is available to be watched on Netflix itself.