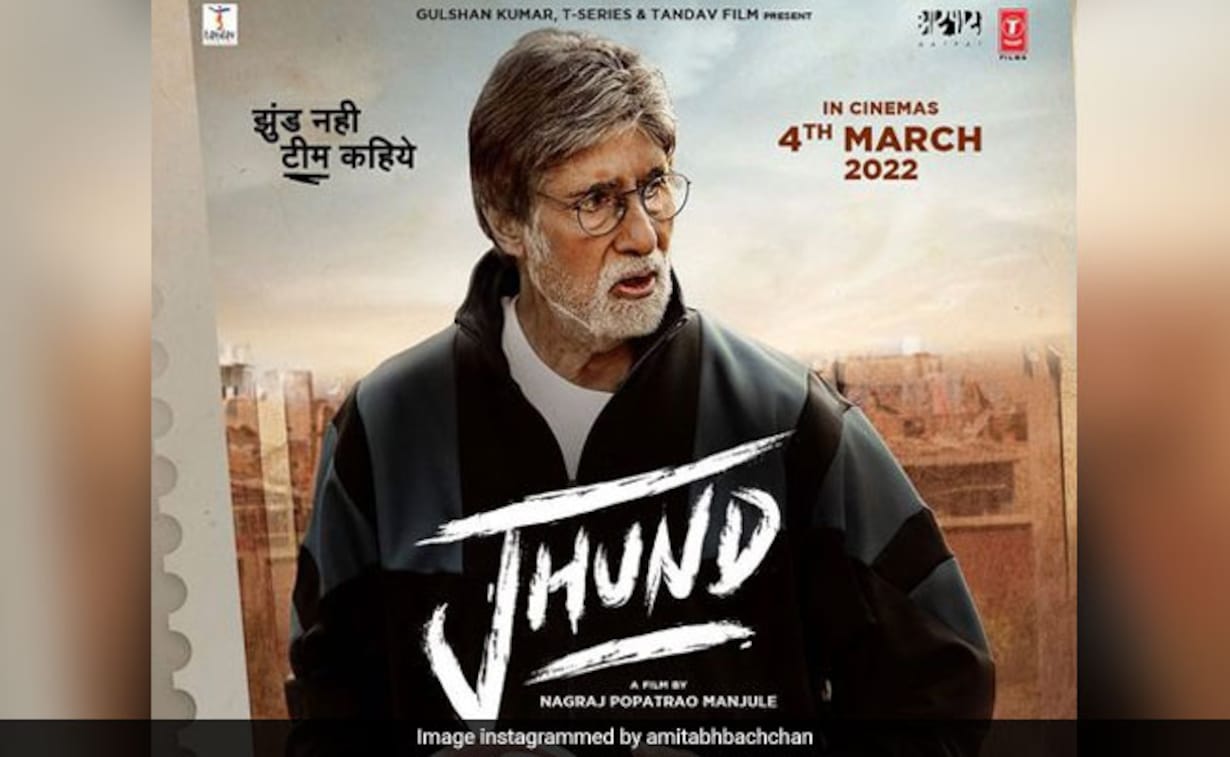 Former coach Vijay Barse poured all his savings into teaching football to the underprivileged children of society.  His only goal is to keep these kids away from the dark drugs and crime world of Nagpur anyway, to give them a healthy life. The story of his struggle and success came to light on the big screen under the direction of Nagraj Popatrao Manjul. let’s know more about Jhund: Is it inspiration from real life.

Amitabh Bachchan is that old wine whose value is never diminished.  Even standing on the threshold of the 70s, he is breaking himself every moment and rebuilding himself.  Leaving yourself in the hands of the director.  How to build a craftsman.  The newly released film will make the audience think once again about this powerhouse performer. The movie was released on 4th March 2022

Who is Vijay Barse?

Vijay Barse, a well-known football coach, is the creator of the NGO Slum Soccer. Along with his wife, Ranjana Barse, and son, Abhijeet Barse, he founded the Krida Vikas Sanstha Nagpur (KSVN). Vijay has spent the last 20 to 30 years instructing children.

He currently has between 4 and 5 lakh students, and his coaching services are available throughout the country, not only in Nagpur.

Who is starring in Jhund?

Jhund is a film starring Amitabh Bachchan and Ankush Gedam, Akash Tushar, Rinku Rajguru, Nagraj Manjule, a well-known Marathi director, is directing the film, which is also his Bollywood debut, and a bunch of fresh youngsters.

How’s it on the big screen?

Amitabh is a retired school teacher.  He is determined to bring the marginalized children of the society back into the mainstream of life.  There is only one tool, football.  The director deserves applause for this visual treatment.  The director did not forget to show care, love, and sympathy in the dark and damp life of the slum.  The first half of the picture is a little longer.  The story has many twists in the second half.  This picture will never make the viewer cry or laugh.  The subject of the photo is something you know, but have never discussed with anyone.

Big B is perfect in the role of coach. Bollywood has not got Amitabh in such a way before.  The performance of a bunch of youngsters felt as fresh as cold air. There is no pitch color in the dialogue of the picture. The honest efforts of the director and team have to be mentioned again.

Is it based on a true story?

Yes, the movie is inspired by the real-life hero Vijay Barse who has committed his life to sportsmanship and the development of athletes from children who have been shunned by society.

He was born in Nagpur in 1945 and worked as a sports professor at Nagpur’s Hislop College. He had taken cover under a tree one rainy afternoon in July 2001 when he observed a bunch of slum youngsters playing homemade football with a broken bucket, and that was his Eureka moment! Hundreds of poor children’s lives were transformed forever by what happened next.

Barse, who comes from a poor family, viewed this as an opportunity to protect these kids away from thievery and other criminal acts by training them to be athletes. As a result, he and some of his coworkers decided to organise a football competition for these children. Surprisingly, roughly 128 teams took part in it. And it was then that he decided to explore this on a greater basis.

He was awarded eighteen lakhs when he retired in the same year. He, his wife Ranjana Barse, and his son Abhijeet Barse utilised the money to form the NGO Krida Vikas Sanstha Nagpur (KSVN). Slum Soccer, a soccer academy that gives training and rehabilitation to disadvantaged youth, is run by KSVN. This man has been rewarded the Real Hero Award.

His contribution to the transforming life of slum kids is really unforgettable. There are some incidents in the movie that is fictional but the movie is based on his great effort to make the slum kid’s life better.

Also Read: Forged In Fire Season 9: When Will It Arrive?