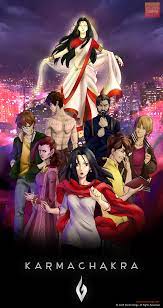 Anime, this one word stirs up so many emotions inside that it gets hard to even control the outburst. Anime has been loved by people worldwide for a very long time. When it comes to answering why we love anime so much, the answer could range from the cinematography to the diversity of the characters to the way we connect with at least one character in every anime.

There is just so much variance in everything out there in the anime world that it gets hard to get out of the clutches of the obsession we get and the never-ending loop of “one more episode” next thing we know, we watched entire 15 seasons with 20 episodes in each season, and we did not even realize. Further, another reason we love anime so much is the fact that it ranges across all the genres, from horror to mystery to romance to supernatural romance and mystery and so much more; anime creators experiment and explore so many various genres that it gets very addictive. The realness and the close resemblance to the real Japanese cities and the landscapes are also very captivating.

Now, we know why we love anime and that Japan is the biggest producer of anime, but we know that we Indians are not untouched by its beauty of it. Indian Anime fans are out there in the race too. India is also one of the major countries with a lot of anime watchers. In India, our first anime studio, Studio Durga, is based in Delhi. The anime was called Karmachakra: Episode zero, also known as simply Karmachakra. It was first announced way back in 2017, and it is called the first Indian anime production made independently, without any foreign collaboration. The production, however, was completed in 2020. Episode zero is planned to be the first movie from a series of three movies which will be known as Karmachakra films.

The movie is essentially about one young orphan girl who tries to find her belonging and roots, and in order to do that, she tries to solve the mysteries of the past and present. The anime has all the enticing things an anime fan needs, the luscious drawings of food, the landscapes, the animation, which is as perfect as it can get, the colours, and the soul-capturing music. Its creator Rajorshi Basu while talking about the movie, said that he was so enamoured with the Japanese anime, and seeing the growing popularity it had on people all around the world, they did not resist the urge to make an Indian anime.

Earlier, Indian myths were used in the anime movies Ramayana: The Legend of Prince Rama and Batu Gaiden. Both projects involved Japan and India. The anime art was produced in Japan, but the storyboards were made in India. However, the Karmachakra is purely an Indian endeavour. “We handled all aspects of the film’s production, from pre-production to post-production. Additionally, although the early anime movies catered to youngsters, ours is a universal tale. According to Rajorshi, the project’s creator, “through the eyes of Ganga and Rick, the film incorporates history, human tales, and a variety of other emotions.

The eighty-minute-long movie took almost four years to be made. The reason behind this was that they wanted to keep the animation as close to the Japanese ones, that it took them a long time to find animators.

In this article:Indian anime, studio durga