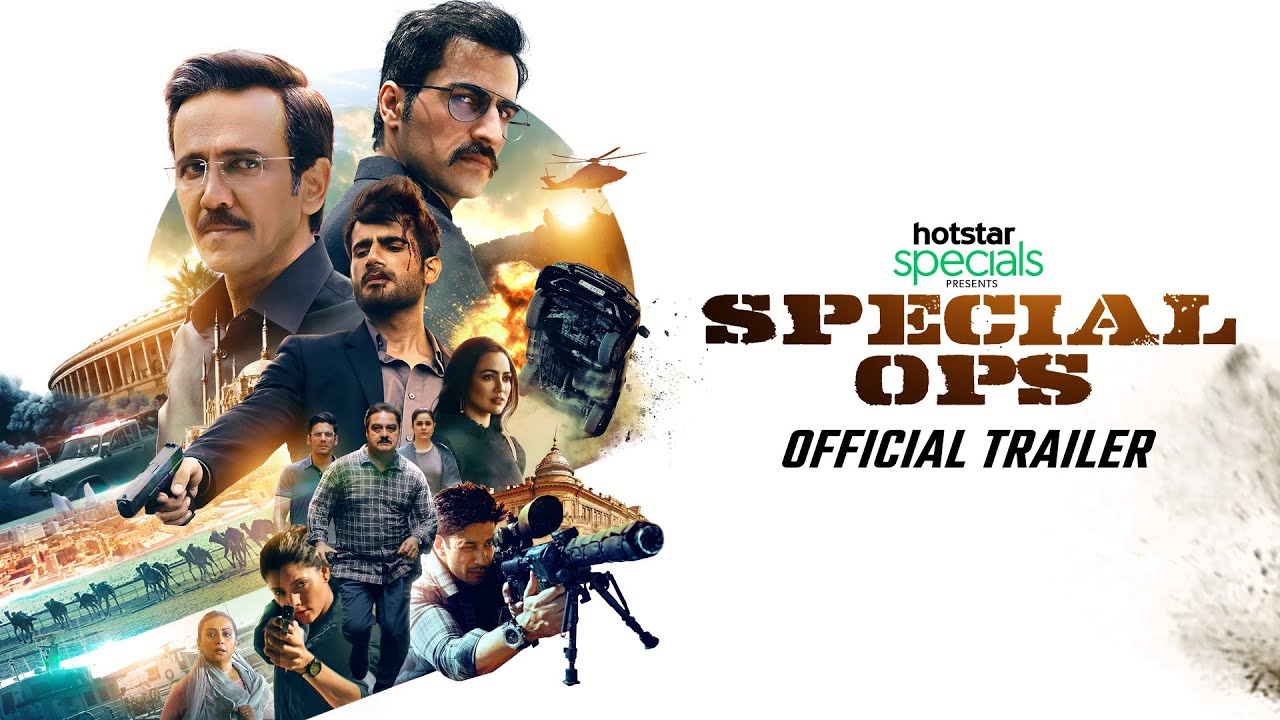 Special ops is an Indian action espionage thriller sequence launched on Hotstar specials, directed by Neeraj Pandey, and produced by Friday Storytellers production company. Starring Kay Menon as Himmat Singh in the lead role, the web series gained a heartwarming response from the audience soon after its release in March 2020. let’s know Is special ops based on a true story.

The 12 episode series is based upon the parliament attack of 2001, following a series of events to trace out the mastermind behind these attacks by the officers of the Indian Intelligence agency. The cast, plot, cinematography, and storyline are absolutely amusing, which crowned it as one of the most outstanding web series across the OTT platforms. It is officially streaming on disney+hotstar with an IMDb rating of 8.8/10

Now, let’s find out whether special ops is based on a true story or not.

The story of Special ops

The theme of the series is based on the backdrop of the terrorist attacks in Kashmir, the Mumbai Bomb blast, and the Parliament attack of 2001 and how a single mastermind has planned all these attacks, breaching the line of our National Security.

The series narrates the mission of a special team of 5 Indian RAW agents who are placed in different parts of the world, under the lead of Himmat Singh to find out Ikhlaq khan-the prime mastermind of the parliament attack. The team plans to hunt down Ikhlaq khan and so begin their journey to trace and enter the region of his dominance, to reach his proximity and kill him to finally end the chase that continued so long for 19 years. All these years, Himmat singh had just dreamt of hunting that one man responsible for the terrorist attacks.

The plot of the series focuses on the strategies and plans of the agents to establish contact with a rich businessman in Dubai, who works for Ikhlaq khan but claims that Ikhlaq khan never meets with people other than him and is a very secretive man. But as the storyline advances, they discover that the businessman is the only one, they have been aiming for.

The agent named Farooq Ali, who masks his identity as Rashid Malik to befriend the man and win his trust, discovers the truth about Ikhlaq khan when Himmat singh from India, provides the intel to Farooq. Meanwhile, one of their teammates dies in a fight with Ikhlaq khan at a hotel, their motive strengthens, and overcoming all the challenges and difficulties in their path, they finally shoot down Ikhlaq khan, making it worth all their planning and wait for 19 years of their life.

Kay kay Menon as Himmat Singh, Karan Tacker as Farooq Ali and Rashid Malik, Vinay Pathak as abbas sheik, Vipul Gupta as Balakrishna ‘Bala’ Freddy, saiyami Kher as Juhi Kashyap, Meher Vij as Ruhani khan, Gautami Kapoor as Saroj have enacted the main characters of the story. While Rajat Kaul as Ismail Hassan, Sana khan as Sonia, Mir Samvar as Hamid, SM Zaheer as Noor baksha, Parmeet Sethi as Naresh chadda, Rohit Tannan are in the supporting cast. The audience has truly appreciated the combination of actors cast. The series precisely fits the scene and space for each role to be justified.

Is special ops based on a true story-

While special ops are inspired by true events that happened in the past, the series primarily depicts the inside working and strategies of the agents and officers of the Research and Analysis Wing and other Intelligence agencies and shows how things are planned out on a national and a international level. The theme focus on the Parliament attacks of 2001 and their later consequences following a series of events and investigation to trace out the masterminds, the series truly resembles the links and connections established in different countries of the world by the members of the Intelligence agencies.

The series is itself shot in countries like Turkey, Jordan, united Arab emirates, Azerbaijan, etc. apart from our own country. However, experts believe that the series actually portrays the mission and operations carried out by our special forces after the Parliament attack, but it is absolutely amusing that special ops are an outstanding tribute to the contributions of our RAW agents and Intelligence agencies in order to secure national peace.