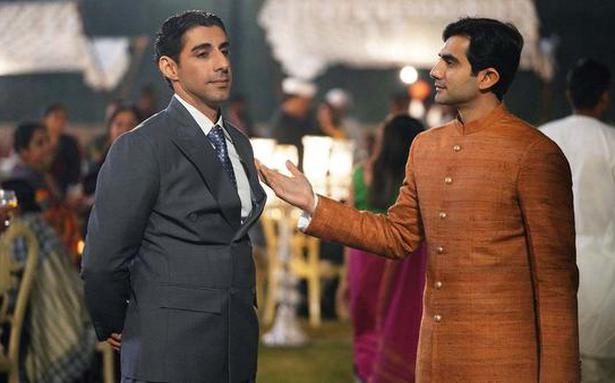 Rocket boys is an Indian television series that was aired on sony liv in India and across the world on 4th February 2022. It is a beautifully written masterpiece about the two extraordinary men Jehangir Bhabha and Vikram Ambalal Sarabhai, who made history while building the future of India. The trailer of the same is 3 minute long with everything that excites the audience.

It is a perfect blend of history, comedy and emotions flowing to the brim. It not only inspires the youth but also sets path for scientific orientation, extensive research and innovation. It is an eight-episode long series with an approximate running time of about 43 minutes. The show’s original concept was given by Abhay Koranne which was future developed.

The series has been created by Nikkhil Advani, Roy Kapur Films and Emmay Entertainment. Directed by Abhay Pannu, it stars Jim Sarbh and Ishwak Singh playing the lead characters of Homi Bhabha and Vikram Sarabhai respectively. The flawless acting and direction along with hair raising music and cinematography, the series is binge worthy. It is terrific in approach, fiery in plot and magical in execution making it already touch the top of the charts. One of the recommended series at the start of the new year and for Indian to have all reasons for feeling pride and honor once again for the country.

Is Rocket Boys Based on a True Story

The question that is doing rounds in the market is whether the series has something to do with real life events or whether there is something true hidden behind this intriguing storyline. To bring all these speculations to a closure, it sure is a series based on the lives of two phenomenal men of India who changed India’s future in nuclear power and made way for the nation to progress.

The story is from an era that has been forgotten but not erased from the Indian history. It is based on the journey of two earnest scientists Dr. Homi Jehangir and Dr. Vikram Sarabhai who led India to technological advancement and is set both in the pre- and post-Independence era. Bhabha, often referred to as the “Father of Indian Nuclear Program” was an Indian nuclear physicist and the founder of the Tata Institute of Fundamental Research.

On the other hand, is Sarabhai, who is also known as the “Father of Indian Space Program” was a physicist and astronomer. Both of them are credited for spreading space research and development of nuclear power in India when no one even imagined. Spanned between 1940s to 1963, the story moves through their journey of how they met, the bond they shared and their patriotic zeal. Bhabha is known to have extracted power and used the extensive thorium reserves instead of uranium reserves. The series also explores their friendship and personal lives through the course. Bhabha is seen as confident and invested in the self while on the contrary Sarabhai is seen as the versatile and soft-spoken genius.

The eight-episode series begins and ends with the launching of rockets setting the tone of the story till the very end. The first six episodes of the series, however, focus more on the personal lives of the scientists and their love for their subjects as they keep coming up with new ideas. Though, Bhabha is filled with new ideas and gets them pushed easily but there are a lot of difficulties in the path trying to break them. After the sixth episode we get to see the breakthrough moments that helped them and the nation create history.

We can even find characters like the then prime minister Mr. Jawaharlal Nehru and Dr. A. P. J. Abdul Kalam share screen with the scientists. Through the series, the viewers come to know that Mr. Kalam had also worked in close space with them. The passion, vision and perseverance that the characters show inspires the youth having an inclination or bent towards scientific orientation and fills them with enthusiasm and zest to do something bigger for the country.

The series is amazingly structured keeping in mind the subtle nuances of the period like the places and costumes it is based on. Even the language has been worked on. The actors, too, have done a fabulous job essaying the role and keeping it as close to real as possible. It is an ode to the Indian nuclear and space power and the future research it continues to do and expand on. It not only educates but also gives a sense of pride for Indians.