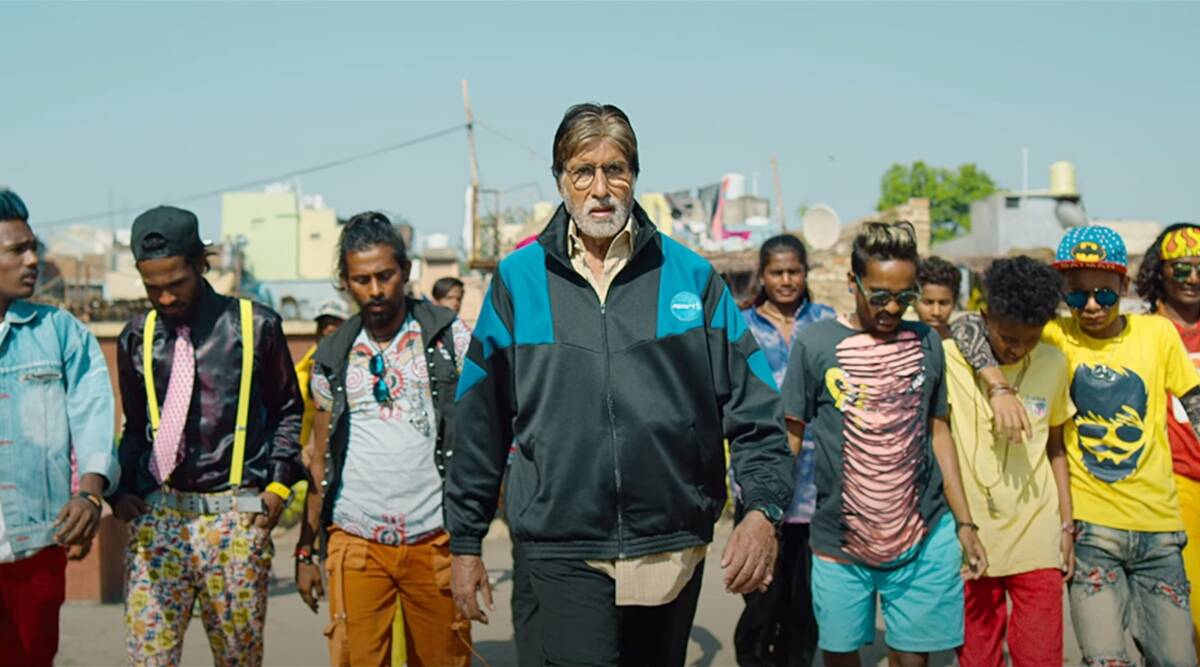 The most recent movie that starred Amitabh Bachchan was the sports drama named Jhund. It was shown on the big screens on the 4th of March 2022. It also serves as the Bollywood debut for the writer-director Nagaraj Manjule. The plot chronicles the story of a teacher who strives and goes the extra mile to ensure that the lives of underprivileged young children are changed. let’s know Is Jhund movie based on a true story.

He brings this desired change through sports. Amitabh Bachchan takes the role of a coach Vijay Barse, who is also the founder of Slum Soccer, which is an organization. This organization is based in India, and it uses sports as a means to help and benefit the street and slum dwellers. A slum story is not an uncommon or unprecedented occurrence in commercial Hindi cinema, or Bollywood as it is often called.

For decades, slums have been a breeding ground for poverty and crime, as well as a haven for hidden genius. However, with a story such as one narrated in Jhund, the slum set-up does not feel cliché or a run-of-the-mill one; instead, this story is about discrimination and the long-lost innocence due to the surrounding circumstances, told in an inspiring way. Coming from the writer for the widely acclaimed Sairat, Manjule’s storytelling talent is not unknown.

Is Jhund Based On A Real-life Story?

After the release, everyone has been wondering if there is some touch of reality to the story or not. Well, the movie is indeed based on the real-life experiences of Vijay Barse. Vijay Barse is the founder of a non-governmental organization called Slum Soccer. Jhund is set in the slum area in Nagpur, known as Gaddigodam. They grab the attention of sports coach Vijay Borade (played by Amitabh Bachchan), and sport becomes a beacon of light, inspiring the slum ‘kids’ to leave the world of crime behind and dream of a better future. Jhund has impressive cinematography and a fantastic soundtrack adding more substance to a tale and lines that are sometimes amusing and usually poignant.

Manjule is fondly referred to as Anna. He is also the casting director of the movie; he introduced so many non-actors who impressed us with their natural and nuanced acting, like in Sairat and Fandry.

Unlike other depictions of slum youngsters in cinema, the aspiring footballers of Jhund are not yearning for compassion or seeking a savior. All they want is a reasonable chance at a brighter future. Ankush Gedam and characters such as Babu and Karthik steal the show. Alongside the non-actors are experienced actors such as Tanaji Galgande, Akash Thosar, Somnath Awagadhe, and Rinku Rajguru, who add more beauty to the already fantastic movie.

There are lots of small things about the movie that makes us appreciate the movie a lot more. The Nagpuri accent is a new introduction to Bollywood.

Who Is Vijay Barse? More About Him

Vijay Barse is the founder of the organization Slum Soccer, and he gives opportunities to talented underprivileged youngsters. He, along with his wife, established the Krida Vikas Sanstha Nagpur (KSVN). He was also invited to South Africa’s Homeless World Cup, where he got the golden chance to meet Nelson Mandela, and he also appeared on Satyameva Jayate, which is a show hosted by Aamir Khan. Vijay Barse and his team’s efforts have enabled groups of talented young people to compete at the district and city levels, thus providing them with various opportunities to grow and prosper.

Barse also had the opportunity to meet Bollywood icon Amitabh Bachchan, who couldn’t believe that his life story and Slum Soccer would influence millions. He turned to Twitter a few days before the film’s debut to write a passionate statement assuring fans that the film would captivate their hearts. He stated, “Even in my wildest dreams, I never dreamed that my narrative would reach millions of people, but this is more than just my story; it’s the story of every player who touched my life and what they faced. Jhund will steal your heart.”

This story is about resilience, perseverance, and the desire to change the lives of lakhs of children. Jhund is a story of selfless contributions and the inspiration for millions.

Also Read: Is Our Father Based On A True Story?