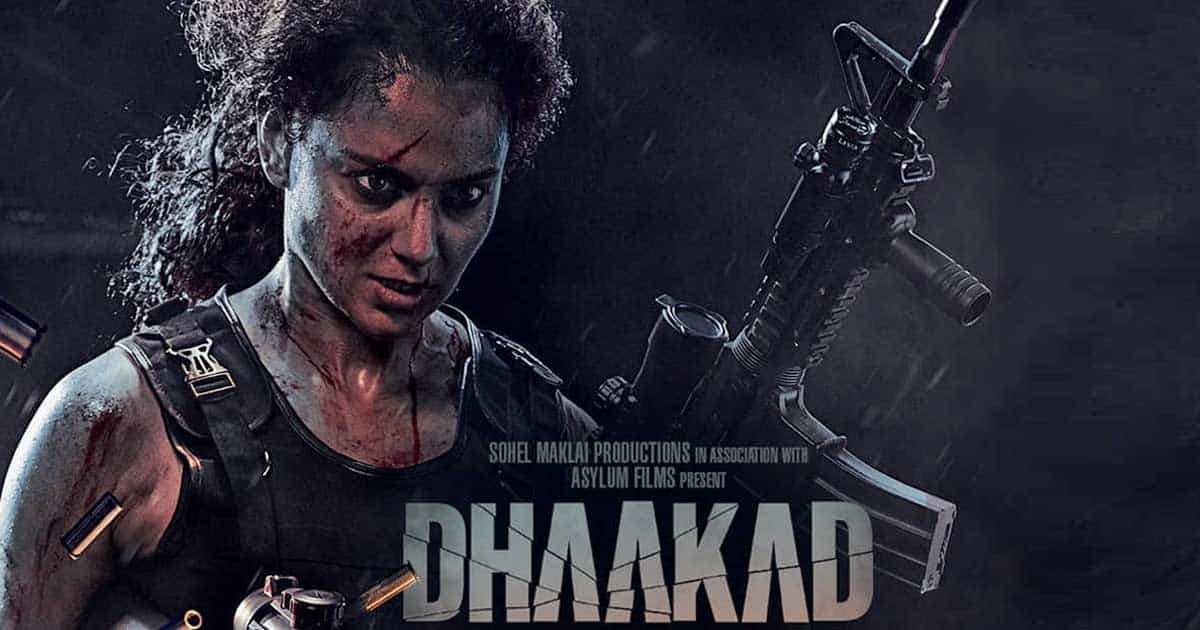 It is not so much of an exciting film with lots of thrilling moments and twists and turns that would make your mind blow off; instead, it fails to live up to the hype, and it is just a series of embarrassing moments strung together in a two-hour movie. Some websites have also said that if you multiply Gangs of Wasseypur by at least five and minus all the logic and reasonability, then you get Dhaakad.

The storyline chronicles one Rudraveer (Arjun Rampal), who runs a human trafficking racket, and then our undercover agent Agni (Kangana Ranaut) is sent to unearth the whole thing. Rudraveer also has a partnership with a nasty temper called Rohini (Divya Dutt); the interesting fact is that Rohini was bred in the sex trade business itself. Due to the nature of the mission and the people involved, Agni trails back and forth between India and Europe.

In the movie, Agni works for some “Agency” that we are not made aware of in detail. We don’t know the name or the mission it proclaims to work for; however, owing to the cinematography, it does seem “dangerous” because of all the gore, bullet trails, and lifeless bodies falling. We know that Ranaut has a penchant for action scenes, and so the movie’s stunt part is quite impressive.

However, the storyline is bland and pointless, so all the gore, action, almost convincing punches, and everything else can’t compensate for the lack of a proper storyline. The script is very hollow and has more ‘style’ than proper characterization, and sometimes it looks so unrealistic and superficial that it is genuinely embarrassing. Like in one scene, Agni miraculously walks out of a vehicle explosion completely unscathed, as though she is indestructible. The plot has so many holes and is so watery that it feels like torture dragging it through 2 hours.

The only actors who remotely did a good job are Agni’s boss (Saswata Chatterjee) and her work partner Sharib Hashmi. Even Rampal and Divya Dutta somehow managed to fall back in this one.

In the Indian movie industry, females are not given a lot of shots at action stunts, so this almost rare opportunity for a fierce woman like Kangana Ranaut should have been a celebratory moment; however, due to the lack of any depth or reasonability in the plot, even this doesn’t satisfy. In her career of 16 years, she has continuously amazed us with a lot of terrific performances like in Queen, Panga, Tanu weds Manu, Simran, etc to name a few.

Even though Rampal has delivered spectacular performances as an antagonist in movies like Don or Om Shanti Om, he made quite an impression for himself as a villain; however, he falls right through the cracks. It all seems like a big gimmick, and the insertion of numerous violent scenes, gore, and action does not make up for the vacuum of a proper layout of ideas for this movie.

Even in the ultimate scene, the climax falls right on its mouth, for the sole reason of it being utterly illogical, and we cannot even give enough benefit of the doubt to them. It’s impossible to care enough to give the writers a chance and try to figure out why. In a nutshell, the story sets off on a sound footing but gradually becomes quite preposterous and falls flat and struggles to let the action and gore be the only glue trying to keep everything together

Also Read: Is Jhund Movie Based On A True Story?