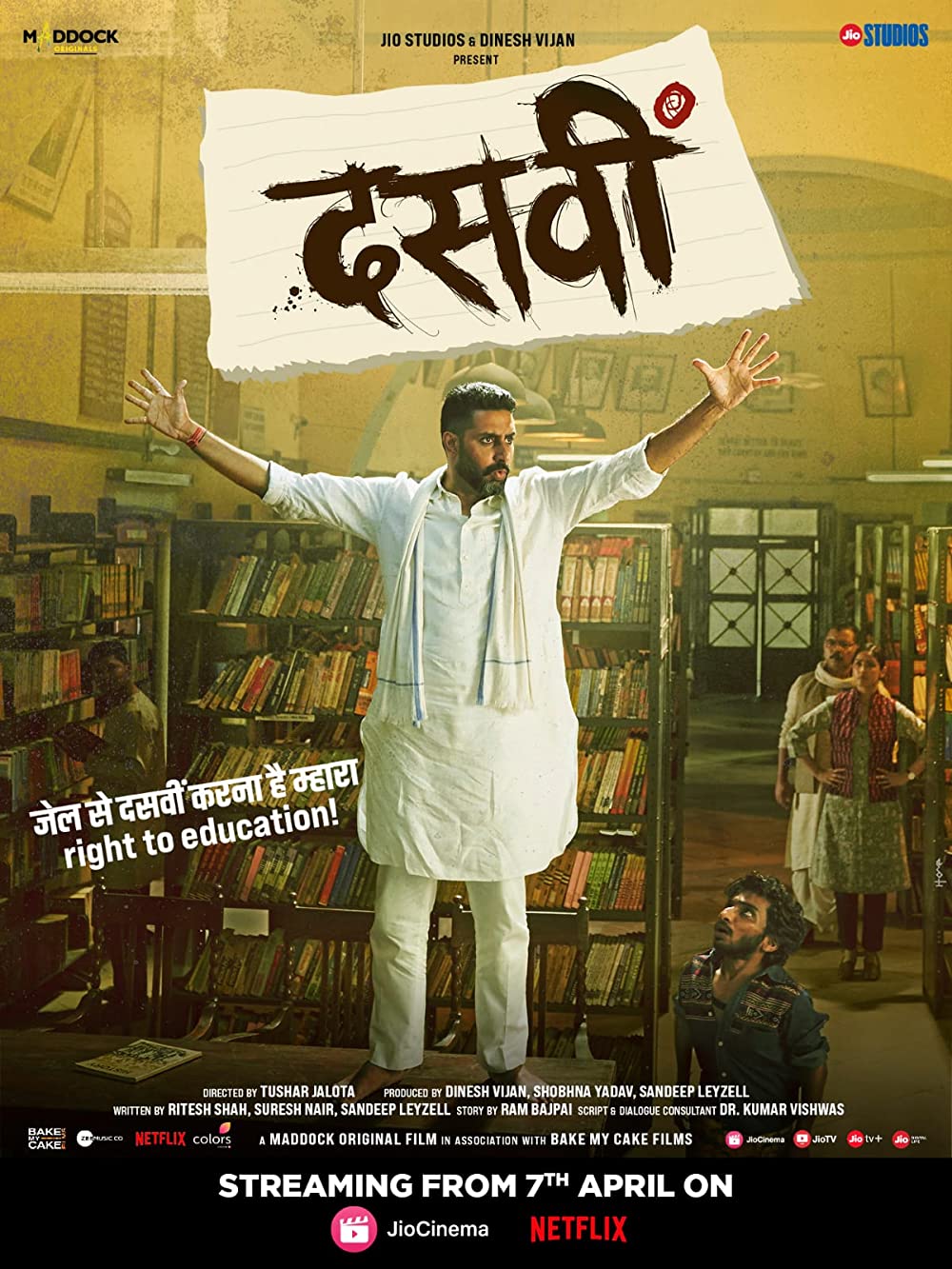 Dasvi is an Indian social and political comedy-drama movie directed by Tushar Jalota, produced by Dinesh Vijan, and written by Ritesh Shah, Suresh Nair, Sandeep Layzell. Mainly starring Abhishek Bachchan, Yami Gautam, and Nimrat Kaur. The theme of the movie revolves around a politician and the Chief Minister of Haryana, who is imprisoned due to his involvement in a teacher recruitment scam but later realizes that he should further his education and pass the 10th-grade examinations. Produced by Maddock films and Jio Studios, dasvi made its official release on 7th April this year. But, is the movie based on a true story? Let’s know more about Is Dasvi based on a true story.

Is Dasvi based on a true story?

Yes, Dasvi is indeed based on a true story. But, to increase the dramatic flavor of the movie, some facts and references are fictionalized and a satirical picturization of events is depicted. Overall, the movie is truly inspired by real-life events and promotes a very nice social message through its theme. The main protagonist of the movie is Gangaram Chaudhary, whose story is inspired by the real-life experiences of Om Prakash Chautala, the former Chief Minister of the state of Haryana. He comes from a politically active family.

His father, Shri Chaudhary Devi Lal was an active member of the Indian freedom movement and later became a prominent player in the creation of Haryana as a separate state from Punjab. Also, Devi Lal Ji served as the Chief Minister of Haryana from the year 1977 to 1979 and again from 1987 to 1989, and then became India’s Deputy prime minister from 1989 to 1991.

Om Prakash Chautala dropped out of school to pursue politics, following in his father’s footsteps. His political career started on dicey terms and his involvement in multiple scams, involving the one where he was accused of trying to smuggle a large number of wristwatches at Delhi International airport from another country in the late 70s.In 2008, Chautala and his close associates were charged with the fraudulent appointment of teachers from the year 1999 to 2000.And so, the case ended with Chautala and his son Ajay singh Chautala as well as 53 others getting convicted in 2013.

During his stay in the prison, Chautala decided to complete his matriculation and pass the 10th-grade exams.With the help of NIOS (National Institute of Open Schooling), Chautala appeared for his class 10th boards in the year 2017 at the exam center for inmates within the Tihar jail. With Social sciences, Science and Technology, Hindi, Indian culture and heritage, and Business studies, the 82- year old got 267 marks out of 500, passing with the second division at 53.4%.

The title of the movie is ‘Dasvi’ which translates to ‘tenth’ in English is referring to Gangaram’s main goal within the movie.On the screen, Gangaram Choudhary is portrayed as significantly younger than Chautala was when he passed 10th grade whereas the characters of Bimla Devi and IPS officer Jyoti deal introduce more conflicts to the story that gives it a dramatic touch to the storyline.
The theme of the movie spreads out a social message that it is never too late to go after what you desire.

Cast and characters of Dasvi

Where can you watch Dasvi?