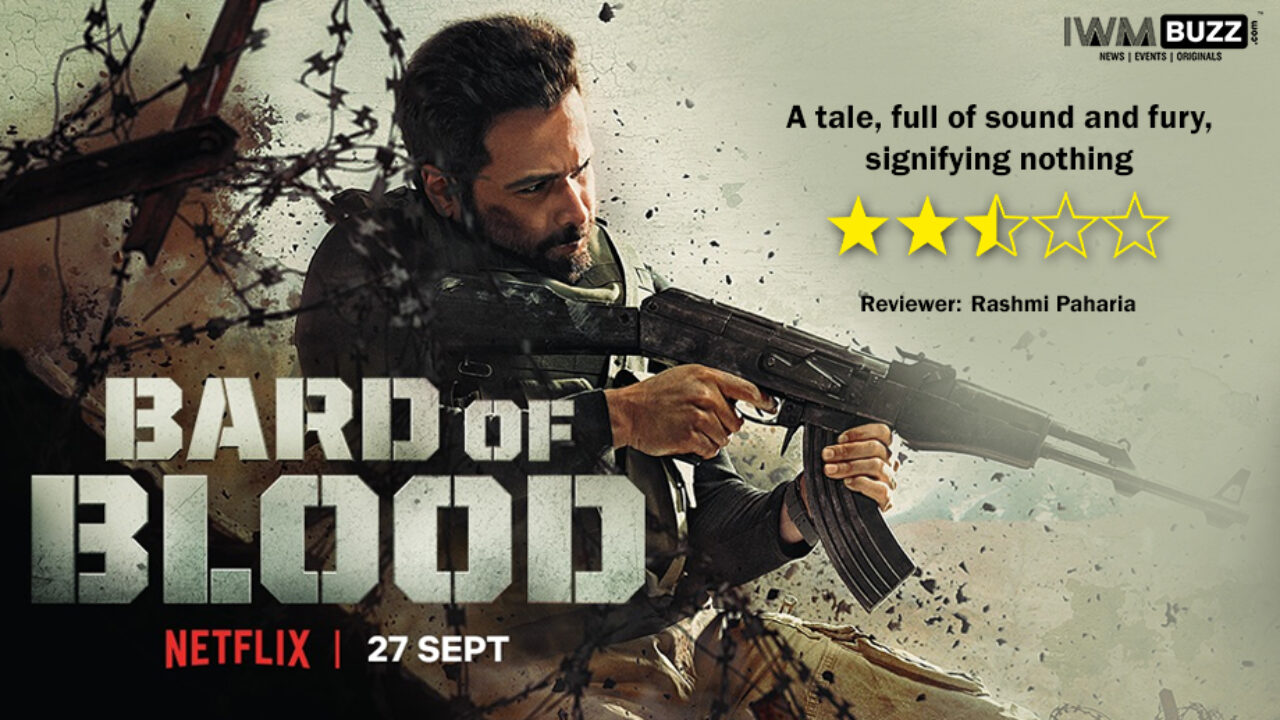 Bard of blood is an Indian spy action-thriller television series released in 2019, written by Mayank Tiwari and Bilal Siddiqui and directed by Ribhu Dasgupta. The series is based on a novel written by Bilal Siddiqui in 2015, that portrays the story of an ex-IIW agent who is sent on a hostage rescue mission in Baluchistan, but soon finds enemies of his past marching into his present. let’s know more about Is Bard of Blood-Based on a true story.

The theme of the series revolves around the life of a former spy agency in the Indian Intelligence Wing(IIW) who left his job after an operation, in which his partner died. Soon, he acquires the position of a literature teacher but is surrounded by a chain of dramatic events, ultimately dragging him into an unsanctioned rescue mission in Baluchistan with some of his agents from the IIW.

The story opens with the scene in Quetta, Baluchistan in the year 2014 where 4 Indian spies are kidnapped by some Talibani leaders who threaten to behead them in public. But, seeking shelter in Pakistan, the Pakistani Intelligence agency pours down a big scheme in front of them, instead of beheading the Indian spies.

The Taliban is being told to demand the sudden release of four Pakistani terrorists in India, and they will return the Indian spies peacefully. But, the Indian Intelligence agency denies complying with any of their demands.

Then comes into play, the role of a courageous and smart ex-IIW agent named Kabir Anand, who with two other Indian spies is sent on an unsanctioned rescue mission to Baluchistan. With all the intel and sharp execution of their plans, the three spies are successful to save the 4 hostages from those terrorists. But in the end, their fate turns and they realize that they are trapped in a much bigger conspiracy that is yet to unfold.

The cast of Bard of blood

as Nusrat Bashir marri, Ajey mahendru as Rehmat khatib, and others. The characters have truly enacted their roles that truly resembled their presence onscreen. Apart from the lead characters, the supporting actors too brought their roles to life with absolutely impactful dialogues and cameos. The cast was perfectly merged into the storyline with shades of their part on the personal side to make the climax of the series. The critic reviews and the audience cheered up well for this spy action-thriller series.

Is the bard of blood-based on a true story?

Bard of blood is a fictional story that is based on the 2015 novel written by Bilal Siddiqui, which depicts an espionage spy thriller fused with the real politics and the geopolitical condition, relevant at the time. Produced by Red chilies entertainment company, Bard of blood proved out to be one the best spy thriller adaption series ever made.

The theme and characters of the series too are taken from the novel. But, being a fictional series, Bard of blood actually impacted the audience and surprised the viewers with a beautifully written storyline and chain of events, that made them believe it was a true story. However, the plot and the reference of the series clearly indicate that of the real world.

The Taliban leaders, Pakistan’s demand for terrorists, and the Indian agent’s rescue missions to the region of Baluchistan are inspired by valid factual events in the past. Bard of blood is an adaption of a fictional novel, but the sheer appreciation for the sharp execution of cinematography as a purpose to display relevant conditions has made it a lovable series.