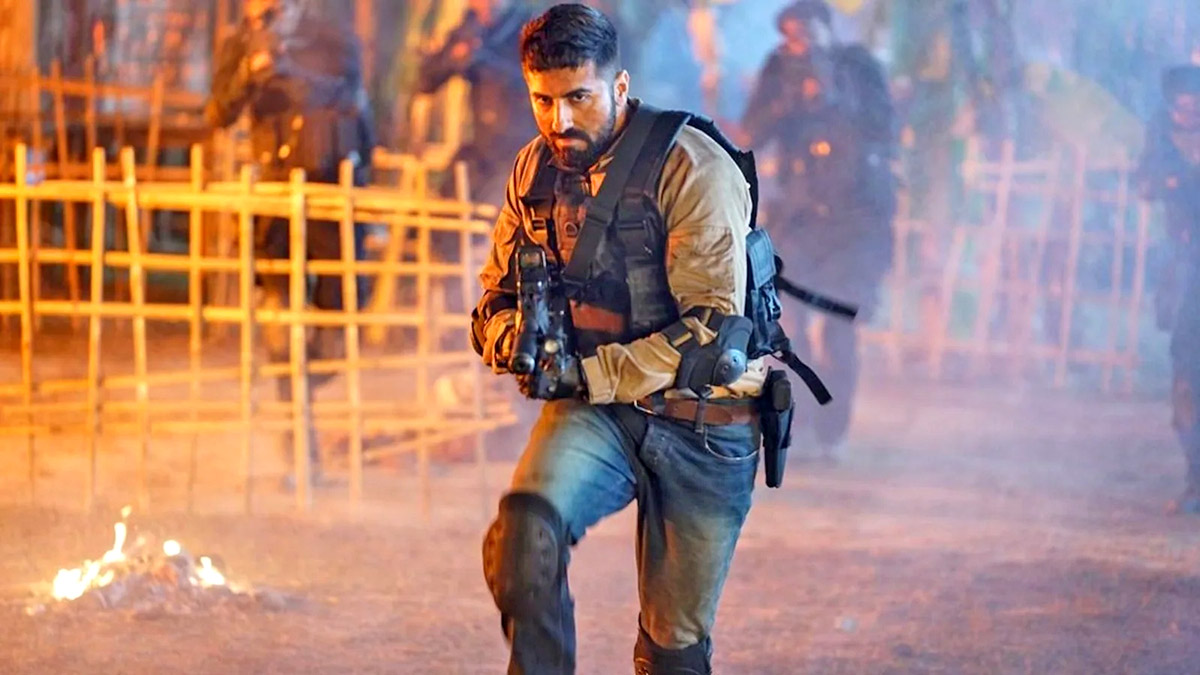 Is Anek based on a Real Story?

After giving spectacular performances in movies like Article 15 and Mulk, Ayushmann Khurrana is back with yet another movie directing attention towards regional neglect. Anek is a Hindi language thriller Indian movie released on 27th May 2022. Anek is directed by Anubhav Sinha as well as is co-produced by T-series. let’s know more about Is Anek based on a real story.

The plot revolves around an undercover detective on a quest to bring peace to Northeast India. Through this Movie, director Anubhav Sinha has taken a brave step toward the revelation of the disturbing truth. Ayushmann Khurrana stars in a very political film that questions why people in particular sections of India must continuously demonstrate their devotion and worth to the country.

The Movie has various actors like Ayushmann Khurrana, Andrea Kevichusa, Manoj Pahwa, J.D. Chakravarthy, and Kumud Mishra. The Movie so far has received a lot of mixed critics.

Is Anek based on a Real Story?

An undercover cop’s clandestine story set against the geopolitical backdrop of Northeast India. A thriller about a rebellion or uprising. An Indian who desires nothing more than peace for the country. Joshua, a covert operative agent, is tasked with creating circumstances that will persuade the rebel leader Tiger Sangha to join the long-awaited peace treaty negotiations. Aida, a boxer whose dream is to get selected for the Indian national team, enters the plot.

On the surface, it follows Joshua/ Aman (Ayushmann Khurrana), an undercover agent whose mission is to bring the largest insurgent group, which engages in violence and drug trafficking, to the table for peace agreement. He accomplishes this by forming a fictitious rival organization called Johnson, but in the process, he discovers that another organization with the same name is quietly working to educate children, protect natural resources, and rehabilitate drug-addicted youth so that they are not reliant on the ‘mainland’ for jobs and rations.

Aman believes the government should speak to the people’s voice, but his boss, Abrar Butt (Manoj Pahwa), is more concerned with winning over the group that causes the most extraordinary chaos and bloodshed. Following in the footsteps of his political employer (Kumud Mishra), he is eager to share power with Tiger Sangha, the party’s leader (Loitangbam Dorendra). You chuckle at the mention of erecting a statue, making a surgical strike film, and deploying momos in a battle zone.

On the other hand, Adio, a champion boxer, is determined to win a medal for her country despite being discriminated against due to her ethnicity. Why do we call girls like her Chinese when we can cheer for Adio in Indian colors? Long after the credits have rolled, the question persists in our minds.

Review of the Movie

Anek is a very political film that examines why people in particular sections of the country must continuously demonstrate their love and worth for the country and echoes a section of the Northeast’s intense suspicion of Delhi. “Are we going after firearms while disregarding the shoulders?” questions the morally dubious protagonist.

Sinha isn’t searching for a foreign hand; instead, he wants to explore within. Sinha deftly unscrambles the politics of bravado, posing the question of whether we genuinely respect and celebrate the notion of India as envisioned in our Constitution.

The North East has largely escaped the attention of policymakers and Hindi cinema throughout the years. It has previously been rarely represented in popular movies, and when they have been represented, it’s mostly significantly underrepresented in Bollywood films. Apart from a stray Tango Charlie (2005), no mainstream Hindi film has explored insurgency in a portion of the country that did not enter a “happy marriage” with India in 1947, according to one of the characters in the film.

And Anubhav Sinha has opted to launch his latest conscience-pricking drama, Anek, in the neglected setting of Northeast India. Anek’s director, Anubhav Sinha, attempted to present peace as a subjective notion — peace for one does not inevitably result in peace for everyone.

Anek draws subtle comparisons between the Northeast and the rest of India through conversational dialogues and performances. His every dialogue hits the nail directly on the head; the ingenious juxtaposition of the North-eastern issue with the Kashmir one is yet another proof of his intelligence. Overall, everything about this movie is commendable. And we look forward to receiving more movies from Anubhav Sinha.