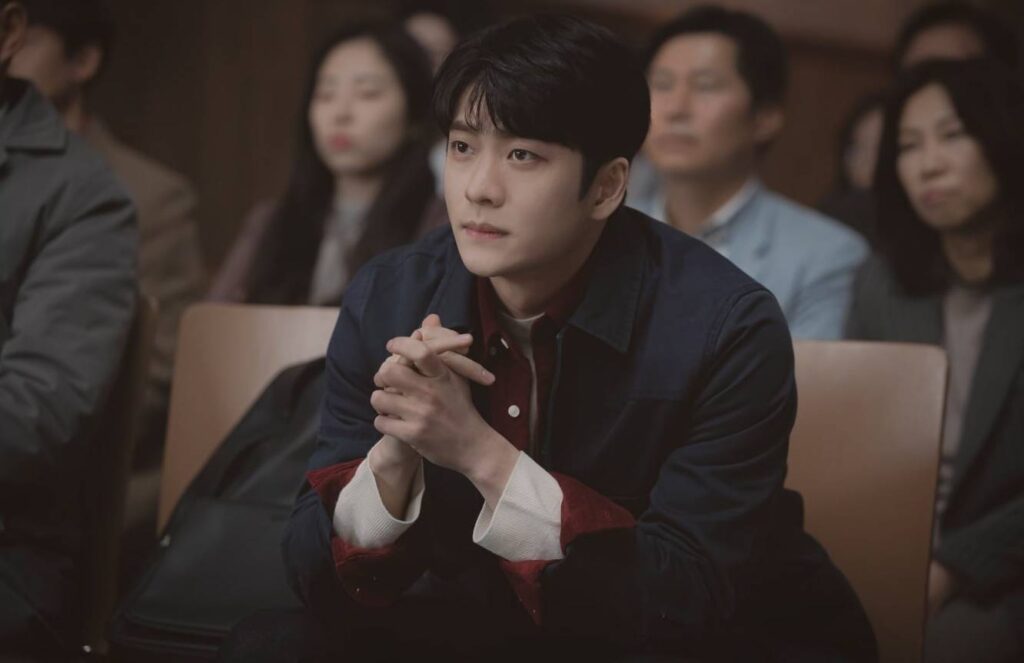 Recently, we are getting a lot of k-drams, like Eve, Yumi’s cells season two, Dear. M, and many more. One such widely acclaimed and loved K-drama is Extraordinary Attorney Woo.

Extraordinary Attorney Woo (Hangul- 이상한 변호사 우영우), is an ongoing South Korean television series. It stars Park Eun-bin who plays our Attorney Woo Young-woo. The other actors are Kang Tae-oh and Kang Yi-young as well. The series premiered on ENA, on the 29th of June, 2022. New episodes are released every Wednesday and Thursday at 21:00 as per the Korean Standard Time. the OTT streaming service Netflix also streams Extraordinary Attorney Woo in selected regions only.

The show started airing on the 29th of June, and so far, we have gotten only eight episodes. We get new episodes every Wednesday and Thursday, hence we get only two episodes each week. Recently, as per statistics, this show has become one of the most watched non-English dramas on Netflix. It has caused huge waves of excitement among audiences who have tuned in to get a new perspective on a person on the autism spectrum. Park Eun Bin plays the title character, a lawyer at the nation’s top firm Hanbada. She is autistic and has a high rank after passing the bar.

Viewers have had mixed but mostly positive reactions to her many experiences after joining the law firm and the people’s behaviour surrounding the addition of a person on the autistic spectrum to their team. The show has won the hearts of many people all over the world, with a viewership rating of 11.7 per cent as of the most recent figures obtained.

Furthermore, according to Netflix’s Top 10 Global ranking for this week, ‘Extraordinary Attorney Woo’ was the most watched show in the non-English category. Official figures show 45.58 million hours of viewing from all over the world. ‘The Longest Night: Season 1’ came in second with 24.2 million hours watched, accounting for nearly half of the Korean drama’s total.

However, it is still too soon to be coming to any sort of discussion around season two. However, given the popularity, we might get another season as well.

The story mostly revolves around the protagonist named Woo Young-woo, who has autistic spectrum disorder. Woo Young-woo is a little Korean girl on the autism spectrum who, despite consultations with specialists, has yet to speak. When she witnesses her father being attacked by a jealous husband/neighbour, she says her first words. In the heat of the moment, Young-woo begins quoting verbatim legal definitions of various degrees of physical assault from her father’s legal library. This sets her on the path to a legal career.

She is incredibly smart and intelligent, and she finished law school at the top and got a near-perfect score on the bar council exam. She joins the top law firm in South Korea called Hanbada. The show chronicles her extraordinary abilities to come up with ingenious ideas to win the cases that she is assigned. She has a high IQ of 164, an excellent memory, and a creative way of thinking, but she lacks emotional intelligence and social skills.

Woo Young-woo is played by Park Young-bin- she is a rookie lawyer at a top-tier law firm named Hanbada. She is also the first attorney in Korea who suffers from Autistic Spectrum Disorder.

Lee Joon-ho played by Kang Tae-oh – is also an attorney at the same law firm as Woo Young-woo, he is also a good colleague and friend to her. We see a romantic angel between the two of them.

Jung Myung-Seok played by Kang Ki-young, is a senior attorney at Hanbada and he is like a mentor to Woo-young woo as well.

The story of a small town called Sodeok-Dong was told in this week’s episodes of ‘Extraordinary Attorney Woo.’ With a highway planned to cut through the town, dividing it in two, the residents turn to the Hanbada law firm for assistance. A trip to the town and meetings with its charming residents persuade the team to take on the case, but they end up in court with Tae Su Mi (Jin Kyung) of Taesan law firm. Despite being on opposing sides, Hanbada’s team, particularly Woo Young Woo (Park Eun Bin), is moved by Tae Su Mi’s arguments.

As the episodes progress, Woo Young Woo makes an impression on Tae Su Mi, who recalls hearing about the rookie attorney during the wedding gown fiasco (episode 2). As a result, Tae Su Mi offers Woo Young Woo a job and asks her to come to Taesan from Hanbada.

Woo Young Woo meets with Tae Su Mi at the end of episode eight and tells her what she has learned. Tae Su Mi asks Woo Young Woo if she resents her for what she’s done as she explains why she can’t move to Taesan.