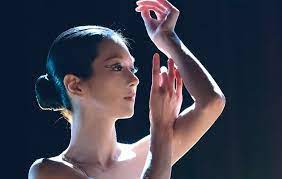 The series mainly revolves around Lee La-el (played by Seo Yea-Ji), whose fake name in the series is Kim Sun-bin. Her family was brutally murdered fifteen years ago by very powerful businessmen. She survived as she got help at the right moment. Then with the help of some family friends, she is sent to the US. She returns years later and is determined to take her revenge. She gets close to Han So-ra, who is the wife of Kang Yoon-gyeom, a very rich and powerful businessman. Han So-ra is the daughter of the prime minister, and her family was the one who killed La El’s family. La-el starts an illicit affair with Kang and then starts to know more and more about the family so she can plot her downfall well.

In the last few episodes, we saw that La El or Kim Sun-Bin started getting close to Kang and Han So-Ra as well. Then she also told Han So-ra that she was having an affair with her husband. This sent Han So-ra in a spiral.

In the eleventh episode, we see that La-el told Kang that she will not be hidden away anymore and that she wants to be his wife. Knag then sent divorce papers to his wife, So-Ra. The episode starts with her having a breakdown; Kang and So-ra sit together to talk about it. She bursts and blasts Yoon-Kyum for his illicit affair and what could be the possible consequences of his unfaithful indulgences. She begs him not to do this and tells him he is out of his mind. But, as expected, Kang gets up, packs his things and leaves the house. So-ra worries that Sun-bin will now come for her daughter next, so she rushes towards the kindergarten to pick Da-bi up. So-Ra calls Secretary Kim and asks him to keep an eye on her daughter, concerned that he might go after Da-Bi next.

Meanwhile, Eun-Pyeong learns that Moon-Hee has come forward, determined to oust Chairman Han and his cronies and have them arrested for what they’ve done. However, Moon-hee encounters difficulty when attempting to enter the security room, as Ra-El has changed the passcode. When Moon-hee rings La-el, she says that Moon-hee has betrayed her trust and that they both have something at stake here.

La-El, on the other hand, is at the kindergarten and has taken control of Yoon-security, Kyum’s, who now follow her rules rather than So- Ra’s. “You’ll never be among the elites, b*tch.” Ra-El shrugs and smiles coldly before leaving; she rasps.

When she returns to Moon-Hee, Ra-El allows her to proceed with her lawsuit but warns her not to tell anyone about it. She also wants her proxy to be delivered to the court.

Ra-El is so determined to exact her revenge that she is willing to hand over the original Gedik’s contract as well as Yoon-secret Kyum’s safe. However, if Moon-Hee reveals Ra-true El’s identity to anyone else as a result of all of this, everyone will perish.

Eun-Pyeong invites Jeong-Cheol into his office and shows him records of slush funds used in conjunction with the Zeus Project. He also emphasises that Ra-El is like family to him. Yoon-Kyum, Da-Bi, and Ra-El are the current members of the family. When the kindergarten teacher discovers they’re all living together, she informs So-Ra, who immediately dispatches her guards to follow them. When Jeon-Cheol and Han find out about Yoon-Kyum and Ra-living El’s arrangements, he rushes out with his sledgehammer. When they arrive at the house, the police arrive soon after, and everything devolves into chaos. Moon-Hee, in particular, leaks her story, and the LY Group scandals make headlines all over the world.

Later, Kang takes Sun-Bin to a church and confesses his love for her. Then he takes out a ring and gives it to her. La-el also ends up saying that she loves him too. However, she passes out soon after. Tune in for episode 12 updates.

MUST READ: Will There Be Pink Malinky Season 4 Release Date Anytime Soon?