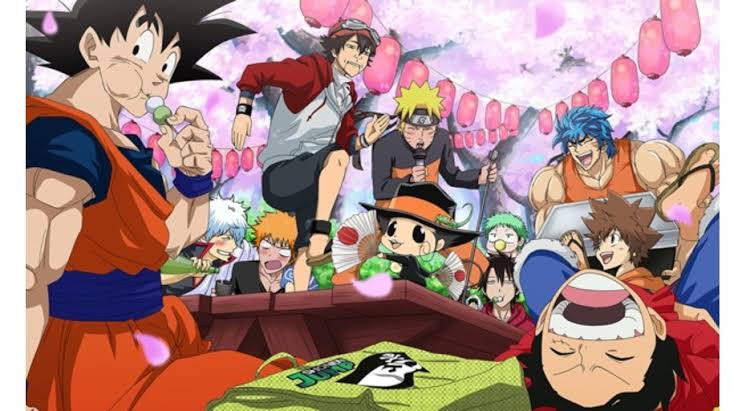 When we hear the term ‘Anime’, some stereotypical things come into everybody’s mind except anime lovers. Those animes are only meant for kids, there should not be any connection with youth. If any adults love to watch then they are categorized as kids. Even know that thing as a cartoon, not as anime.Being an Indian If I talk about, Indian television then we are more familiar with, Doraemon, Pokémon, Shin-chan, Ninja Hattori, etc. Do you Know What was the first anime question that every anime fan has in mind?

Any animation that originates in Japan is referred to as anime. Anime encompasses everything from Doraemon to Dragon Ball to Clannad. There are shows for people of various demographics, and it includes a wide range of genres.

Ten Shimokawa, Jun’ichi Kuchi, and Seitaro Kitayama, known as the “fathers” of anime, were among the first group of animators in the late 1910s. During World War II, propaganda films like Momotar no Umiwashi (1943) and Momotaro: Umi no Shinpei (1945), the latter being the first anime feature film, were made.

The establishment of Mushi Productions by Osamu Tezuka, a prominent character in modern manga, the dense, novelistic Japanese comic book form that contributed substantially to the aesthetic of anime, began in 1956 and reached enduring popularity in 1961. Anime like Hayao Miyazaki’s Princess Mononoke (1997) is the modern equivalent of Japanese masters like Mizoguchi Kenji and Kurosawa Akira’s epic folk adventures. With the Pokémon television series and films like Miyazaki’s Spirited Away (2002), which won an Academy Award for best-animated feature film, anime began to gain considerable international recognition at the turn of the twenty-first century.

What was the first anime?

Namakura Gatana, which translates to “the dull sword,” is the short film that has been confirmed and acknowledged as the first anime ever made.

Junichi Kouchi directed this short film, which was discovered in 2008 and digitally restored.

The story of a samurai who owns a dull sword is told in Namakura Gatana. He attacks his town’s civilians in order to put his sword to the test. All of them, however, defeat him. There is one fact regarding the first-ever anime is

it was supposed that Katsud Shashin may be the first anime/animated series ever made. It was discovered that it was a 1907 work. However, animation in Japan did not begin until 1917, and there is no proof of anime made in Japan before to 1917. Katsud Shashin might be a foreign animation that was imported to Japan somehow. It’s about a cartoon of a boy who dressed as a sailor and is all about the characters for Katsud Shashin.

Is there a TV series for the first anime?

Three Tales, in Japanese it is Mittsu no Hanashi was a 1960 Japanese animation direct-to-TV short film that was broadcast in black and white. It was the first homegrown animation to be broadcast on television. Namakura Gatana is claimed as the first-ever anime made in Japan but is a silent video of 4-minutes and it was not televised. After this so many anime were made but were not broadcasted.

Keiko Kozonoe directed NHK original Three Tales of the fantasy genre on 15th January 1960. It is a series of three separate fairy tales of 30 minutes. The first story was The Third Plate, Oppel and the Elephant, and sleepy town.

Who wrote the first anime?

As Namakuara Gatana is considered the first anime with evidence. It was produced by Jun’ichi kouchi . Though it has no dialogue, there is no writing. But it has the plot.

Namakura Gatana which means dull-edged-sword. gatana is katana rendaku) is a short comedy about a dim-witted warrior and his worn-down sword, which becomes absolutely useless as he attempts to fight even the weakest opponents. The samurai attempts desperately to assault random locals who defend themselves and knock him down, attempting to figure out why his old sword won’t cut through anyone he strikes.