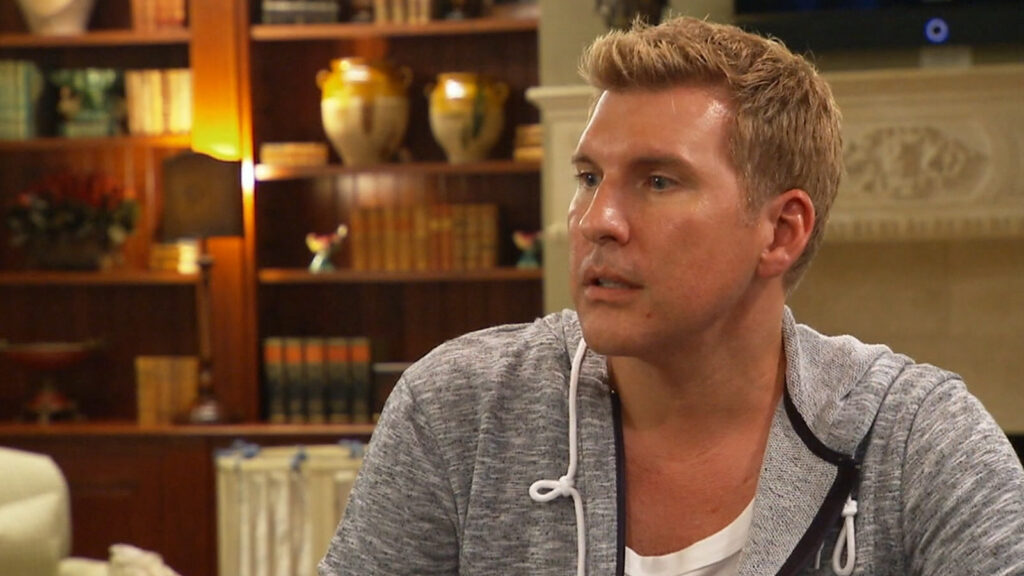 Chrisley Knows Best is a well-loved American reality television series. It airs on the USA network. It first premiered on the 11th of 2014. Recently the tenth season aired in June 2022. It chronicles the lives of the real estate tycoon of Georgia, whose name is Todd Chrisley, and his affluent family. The show primarily took place in Roswell and Alpharetta, and both are situated near Atlanta.

Then they moved to Nashville, Tennessee temporarily, during the premiering of the fourth season. There is also a spin-off titled Growing up Chrisley, which focuses on Chase and Savannah Chrisley. This spin-off premiered way back in 2019. In the recent season that premiered in June 2022, we saw that Todd Chrisley and his wife Julie Chrisley were found to be guilty of several federal charges, including bank fraud and tax evasion as well as they also submitted false documents in order to facilitate smooth loans. They did all this so they could fund their lavish lifestyle.

The audience has a very bittersweet relationship with the Chrisleys. They are either the people who you’d love, or you would rather hate them, but despite there being a lot of things to be said about them, particularly about the patriarch Todd Chrisley, the family has garnered a lot of affection as well as they have amassed quite a following as well.

The show kept running for nine long seasons, and it appeared that the audience wanted more and more, so the show came back for a tenth season as well. Amidst all this, there were speculations that the show was going to be canceled as well, but here we are, with a new season of Chrisley knows best. According to Us Weekly, the details include back-and-forth accusations, an illicit affair, revenge, spurned lovers, and more — the exact type of story that can build a great television series that could instead jeopardize their own television careers.

According to Vanity Fair, Todd and Julie could face up to 30 years in federal prison. According to CNN, the couple is “disappointed in the verdict,” but “an appeal is planned,” according to attorney Chrisley Bruce Morris. The sentencing date is set for Thursday, October 6, 2022, at 9:30 a.m.

As we told earlier, according to Country Living, the show follows Todd, a multimillionaire real estate developer and entrepreneur, and his wife Julia as they raise their family in the heart of the South. And while they are not in financial difficulty, the family has more than its fair share of drama. Todd is known for ruling over his businesses and his family with an iron fist, which does not always sit well with those who interact with him. Like any great reality show, the drama propels the plot forward, and the Chrisleys have plenty of it.

So, as we know, there were a lot of speculations that the show was going to be canceled, but the makers decided to bestow us with another season. Recently, the show Chrisley Knows Best started airing on Thursday, June 23, 2022, on the USA Network.

As if that wasn’t exciting enough for fans of everyone’s favorite Southern family, the Chrisleys are set to take over E! with Season 4 of “Growing Up Chrisley” premiering on the network later this summer. Todd Chrisley, the patriarch of the Chrisley family, will also guide one unlucky-in-love single on a whirlwind day of speed dating in the hopes of finding a perfect match that is Todd Chrisley-approved.

Todd will executive produce “Love Limo” in addition to starring in it, so viewers can expect that extra bit of flair and quality that only he can deliver.

So, “Chrisley Knows Best” fans have only a few weeks to catch up on nine seasons of Todd, Julie, Chase, Savannah, Grayson, Chloe, and Nanny Faye’s outrageous antics before new episodes arrive in full glory. Meanwhile, viewers can watch the first two seasons. “Growing Up Chrisley” on Peacock before the third season arrives on the platform on July 4 and the fourth premieres on E!

The cast for the series “Chrisley Knows Best” is, as assumed, the Chrisley family themselves. There is Todd Chrisley and his wife Julie Chrisley sharing all their tender as well as tense moments with their children Chase, Savannah, and Grayson.

Throughout its many seasons, the show has strived to be inclusive of all members of the family, but the kids are no longer children. Because of their advanced ages and understandable distance from their parents, the show’s famous bedtime routine (as seen on YouTube) has become somewhat obsolete.

Regardless, the show is dearly loved. Season 10 is here. Go on and stream your favorite show now.