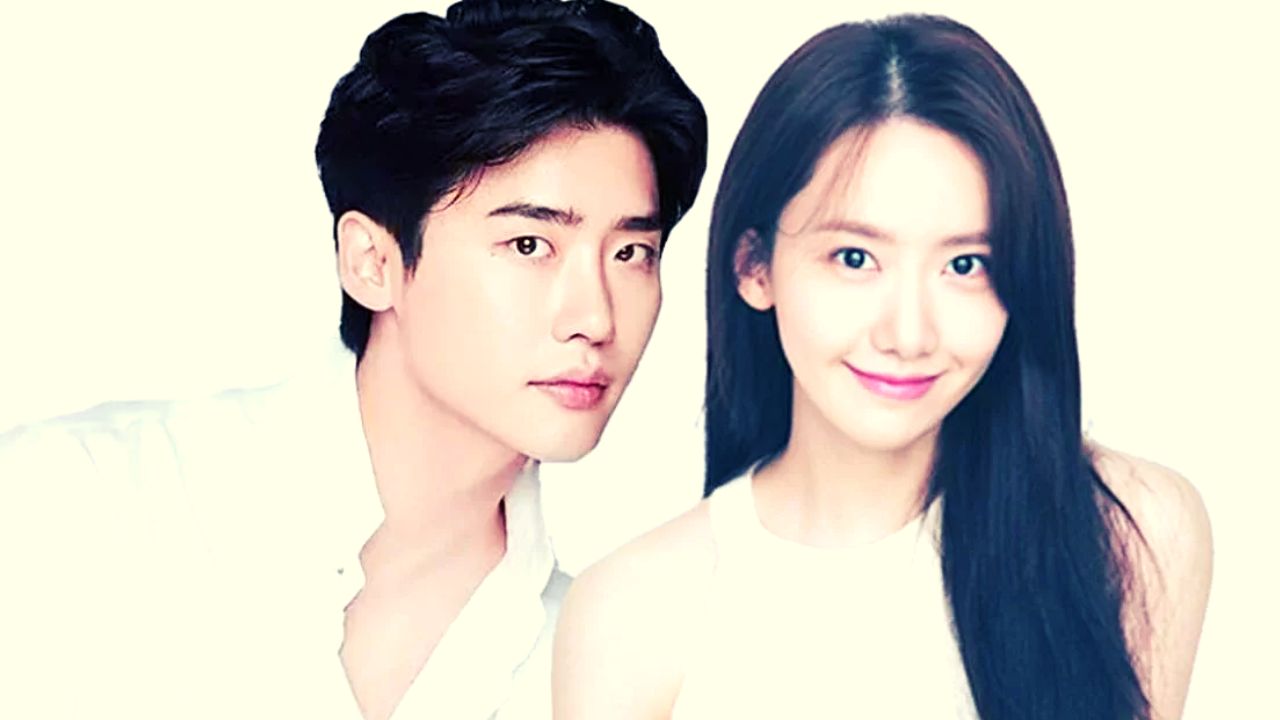 Big Mouth is a recent Korean Drama that started on the 29th of July. It is directed by Oh Choong-Hwan and stars Lee Jong-Suk, Im Yoon-ah, Kim Joo-Hun alongside other cast members too. The series releases new episodes every Friday ad Saturday.

This article is the recap for episode two and the release date for the third episode too. It contains spoilers.

The episode two starts at the hospital, in the last episode, we saw that Chang-Ho met with an accident and is being taken to the emergency room. He thinks back about his time in the high school, he reminisces about how unlucky he has been his entire life, and this is not a very hidden fact either. However, it’s comforting and warm to know that Mi-ho has always been by his side, he finds some solace in this. When he wakes up in the hospital, the same scene greets him: his concerned wife towers over him, asking if he is okay, checking up on him intently.

Meanwhile, a masked man is seen stealing Chang-ho’s phone and pen drive and he also steals the car. Chang-ho is cuffed and taken away from the hospital the moment he stands up on his own two feet after drugs were discovered in his blood test results. When he arrives at the prison and realises who drugged him and why, he requests to speak with Do-ha and then tells the mayor how he ended up there and why.

The mayor asks if he spoke with Gong Ji-hoon, to which Chang-ho promises to get everything done if he helps him in getting out. Unfortunately, Do-ha is no longer in the mood for bargaining, so he is locked up, mentioning that it would be easier to talk to Ji-hoon. Meanwhile, the Regional Investigation Unit raids Gi-office, Gwang’s discovering tonnes of cash and gold inside, much to Gi-surprise Gwang’s and horror. Later, Chang-ho is taken to Gucheon Penitentiary, where he remarks that it is not a good nor a safe place for people to be. The prison appears to be frightening, and it is clear that Chang-ho will have a difficult time.

On his first day in prison, he is taken to Chae-bong, Jae-ho, and Du-Geun and instead of remaining silent, he dares them to do anything against him and is beaten red and blue. Meanwhile, Ji-hoon engages in a cold war with Do-wife ha’s Joo-hee, which is interrupted when Chang-ho is revealed to be Big Mouse.

Now, this news takes Do-ha by a big surprise and Ji-Hoon also looks very flabbergasted and amazed. Chang-ho is tortured severely in prison and eventually hanged. As he dies in front of everyone, Ji-hoon calls the warden and informs him of the new development, causing everyone to spring into action.

He is eventually resuscitated, and everyone is astounded by his determination to live. Meanwhile, Mi-ho is unable to communicate with Chang-ho, and she, too, learns that Chang-ho is being promoted as Big Mouse everywhere.

After an emotional confession in front of reporters and some heartbreaking sobs, a now somewhat better Chang-ho is taken in for questioning, where he answers all of the prosecutors’ questions in the most debt-driven, everyday person answers. Back at the prison, after a fight with the three people, Chang-ho is showered with love and attention from his fellow inmates and becomes a local hero for them.

As Do-ha and Joong-lak think about what to do about the new development and the possibility and result of Chang-ho being Big Mouse, Mi-ho, Gi-gwang, and Soon-tae examine the case to determine how Chang-ho got into the accident and who might be framing him. Meanwhile, the entire prison is buzzing with talk about Big Mouse and heated speculation about his true identity. After much deliberation, Chang-ho has beaten again during lunch, and you can see his frustration growing.

READ MORE: Is The Indian Butcher Based On A True Story?

As Do-ha and Joong-lak debate what to do about the new development and the possibility and result of Chang-ho being Big Mouse, Mi-ho, Gi-gwang, and Soon-tae examine the case to determine how Chang-ho got into the accident and who might be framing him. Meanwhile, the entire prison is buzzing with talk about Big Mouse and heated predictions about his true identity.

Park Yoon-gab, amused by the commotion, approaches Chang-ho in the special cell and, after feeding him gourmet food, asks him if he truly is Big Mouse. The possibility of him being the infamous criminal warms the warden’s heart, but when Chang-ho assures him that this is not the case, Yoon-gab sends him to solitary for calling him by his name.

Later, Mi-ho is transferred to the Gucheon University Hospital, while Chang-ho requests that Soon-tae file divorce papers on his behalf so that if he is sentenced to death, loan sharks will not harass his wife, and she can live peacefully. Back in the cell, Chang-ho devises a plan to expose the true perpetrators and prove his innocence by dying – a drastic step.

Unfortunately for him, suicide does not appear to be a viable option. So, when he tries to provoke Yang Chun-sik into doing the dirty deed for him. In another twist of fate, he discovers that he actually possesses superhuman strength, and his one punch knocks the violent and feared gang leader flying to the ground. Next, he attempts to persuade a death row inmate to murder him, but this also does not go as planned, with the guy falling to the ground and sobbing for his mother after only a few of Chang-Ho’s punches.

Chang-ho then attempts to escape from prison, only to be shot and killed. As luck would have it, it appears that his wish is finally coming true this time. Now, this episode ends on a cliff-hanger, as we see that he is standing in the middle of the playground screaming at the guards and asking them to kill him, but then the episode ends abruptly. We see that the warden had ordered for him to be killed and was also keeping a close eye on him using the CCTVs.

Now, the episode was quite an interesting amalgamation of good twists and turns. However, at times it was getting easier and inevitable to question where they were actually going ahead with this all. It is also imperative to note that I personally don’t know who might be the big mouse, if it is not Chang-ho, it is definitely someone he knows or someone close to him.

Furthermore, our protagonist is going through some major life changes, and it’s only a matter of time before he finds himself in prison all over again. Lee Jong-suk is fantastic as the lawyer who appears to be becoming something he isn’t or perhaps something he has always wanted to be, as it is being portrayed. The scenes in the episode where he cries are actually very heartbreaking to watch the acting is immaculate in those scenes, especially in comparison to his upbeat personality in the first episode.

Furthermore, Big Mouse episode 2 is peppered with flashbacks of Chang-life ho’s with Mi-ho, further piercing our hearts. These moments also serve as a break in the otherwise bleak story.

The Cast of Big Mouth

The main lead role is Lee Jong-Suk as Park Chang-Ho, the protagonist. He is a third-grade lawyer with a meagre winning rate of ten per cent, he is called “Big Mouth” by his legal colleagues and acquaintances because of his tendency to speak before acting. However, now his life starts getting weirder and tougher as he starts to be mistaken for a very intelligent conman named “Big Mouse”.

The other cast is Im Yoon-ah playing Go Mi-ho, she is Chang-Ho’s very supportive wife. She is also a nurse and is very beautiful with a bold personality.

Kim Joo-hun plays the role of Choi Do-Ha who is the very ambitious mayor of Gucheon. His goal in life is just to become the most dignified president.

Episode three will air on the 5th of august. It is available to watch on MBC and Disney+ in certain places.