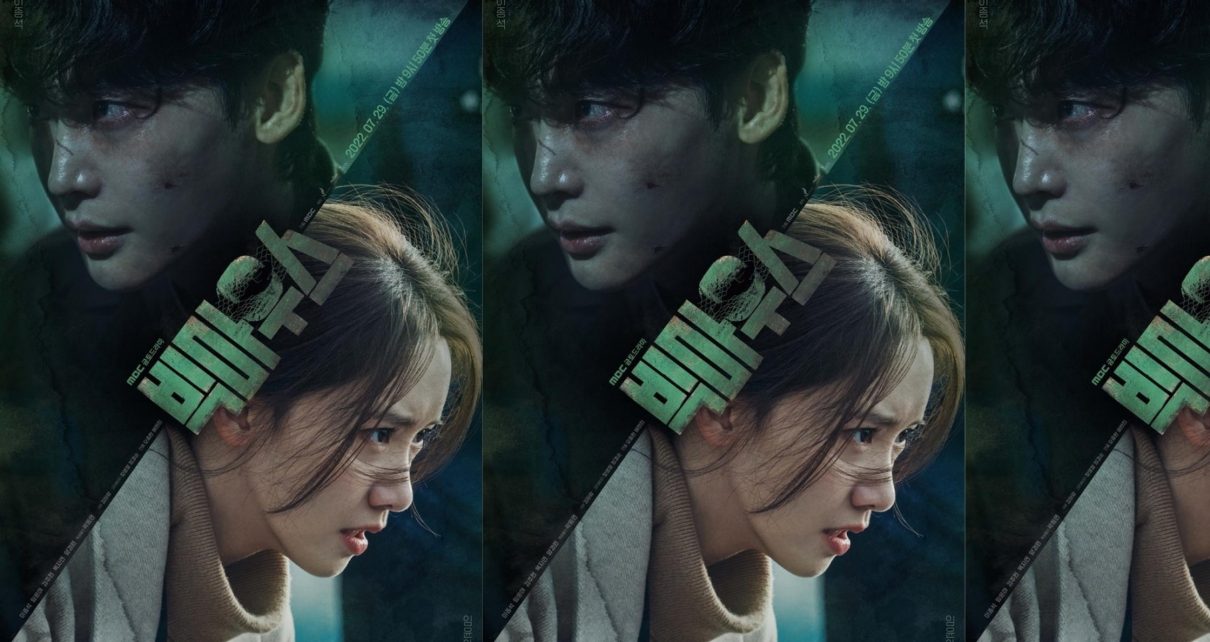 Recently, last week, we saw a new South Korean Drama that started. The noir aesthetic and the beginning of the scene in the rain against the backdrop of darkness, and the thrilling scenes, everything promises that this drama might be a big hit very soon. It might be merely a hint of coincidence or it might be that the writing styles are similar, but the other big Korean Drama that was released last week named “Adamas” and the Korean drama that was anticipated for a long time “Big Mouth”, both of their intros were eerily similar, their opening scenes were happening in the middle of the night against the backdrop of rain.

Whatever might be the reason, it definitely sets the theme for the upcoming episodes and an overall vibe of the noir aesthetic that the show is trying to lay its hands on and achieve really well.

‘Big Mouth,’ based on the single episode made available by the streaming platform, succeeds in arousing curiosity with its numerous twists and turns. The show’s premise is based on the well-known story of David vs. Goliath and deals with how a good-for-nothing lawyer becomes extremely dangerous to his detractors when cornered.

Recently, a new Korean drama premiered that marks the return of our famous actor and well-loved man Lee Jong-suk after three years. Big Mouth (Korean- 빅마우스), is an ongoing South Korean drama series which is directed by Oh Choong-Hwan, it premiered on the 29th of July, 2022 and it releases new episodes every Friday and Saturday. It is also available to be watched on Disney+ in a few selected regions. The hardboiled noir series stars Im Yoon-Ah, Lee Jong-Suk and Kim Joo-hun in the main roles.

This action-plot and thriller drama begins with the decoding of the identity of a criminal known as Big Mouse. Big Mouse is a menace in Gucheon and is involved in almost all criminal activities. The series quickly shifts gears and focuses on Park Changho, a lawyer. Park Changho lives an opulent lifestyle with his wife and father-in-law.

This has resulted in a massive debt burden for him, and as a result, Park is constantly on the lookout for cases that can net him large sums of money, but the conversion rate of his legal cases is dismal. When Choi Doha, the mayor of Gucheon, approaches him and offers him a case, his life is about to change. He quickly becomes the defence counsel in the Gucheon hospital murder case, which resulted in the death of professor Seo. When he is in an accident, it becomes a life-changing experience for him.

Now, the series has a very captivating part to it, where it makes you hooked to the screen in anticipation of what will happen in the future episodes.

We enter Big Mouth’s world with a dark and grimy title track, confirming that we are now in noir thriller territory. The first scene depicts a truck dumping a pile of gold into a pit. A man shrouded in darkness watches as the gold bars are covered in cement. Following that is a montage of robberies, stabbings, and police chases, accompanied by aural news reports. We learn about Big Mouse, a notorious criminal who appears to have a hand in every aspect of organised crime but whose identity is unknown.

A voiceover describes Gucheon, a fictional city that appears perfect on the outside but is rife with crime on the inside. The short speech concludes with our protagonist, Park Chang-ho, looking out at the city lights. After hearing a knock, his wife, Go Mi-ho, and his father-in-law, Go Gi-kwang, enter the room.

The room turns out to be a luxury restaurant where the three are celebrating the couple’s anniversary. Chang-ho, a lawyer, then receives a phone call in which he reveals that he is the defence attorney in the Gucheon hospital murder case. On his way out to meet someone, a server offers him a free drink. He sips it while driving, but soon loses control and causes an accident.

We cut to a 7-day-ago flashback and are introduced to Chang-everyday ho’s family life. Chang-ho and Mi-ho are your average married couple who live with their father. We learn that Mi-ho saved a lot of money, but Chang-ho spent it on what he thought was a profitable cryptocurrency deal, only to be dumped. He is now attempting to fight the case in court.

Now, as he makes plans to stay away from home and sleep at the office for a few coming days, he gets a phone call from home and is called to a cabin by a lake to find the mayor fishing. Mayor Choi Do-ha informs Chang-ho of the Gucheon University Hospital murder case, in which three people were involved in an accident and a doctor’s body was discovered in the trunk of the car.

The three are extremely privileged hospital employees: a surgeon, a lawyer, and the son of the chair of the Gucheon University Foundation. They are also members of the Nine Rivers Forum. As they talk about it, Chang-ho realises that the trial for these three powerful men is already planned, and all they need is an obedient lawyer to act as a front man. But Mayor Choi really wants him to be the front man while actually getting to the bottom of things.

ALSO READ: Is The Indian Butcher Based On A True Story?

Soon, he realises that the trial for these men is already planned out but they need an obedient lawyer to take it forward and be a front man. But the mayor wants him to merely pretend and get the truth out of them. Chang needs to find the missing dashcam footage from the car from that night to get the truth out in the world. The mayor is reeling in a fish as the camera pans to a spider in a web. Is Chang-ho caught up in something much bigger than it appears?

Chang-ho follows the advice of one of his lawyer friends and travels to the prison where the three suspects are being held. Although Jung Chae-bong, Han Jae-ho, and Lee Du-Geun are imprisoned, they live in comfortable surroundings with luxurious amenities. Chang-ho introduces himself as their lawyer, and the three believe he is the obedient fool they require. During his visit, they receive a phone call orchestrated by Chang-friend ho’s — someone has discovered the dashcam footage.

Now, Chang-ho leaves but leaves behind a bug and then overhears all the conversations about how the dashcam footage had been given to the wife, Dr Han. Now he also hears about a man who is the mysterious fourth accomplice. Chang-ho and Mayor Choi arrive to meet the wife just as she is attacked by a man dressed entirely in black. She hands over the footage to Chang-ho after being threatened with jail time, but not before warning him that this case could bring him a lot of misery. She also reveals that the fourth accomplice is Gong Ji-hoon, the powerful president of Gukdong Daily.

The dashcam footage shows the three suspects attacking the doctor in the car, threatening him to withdraw a specific paper. When he refuses, the attacks become more violent, resulting in the doctor’s death. The suspects then call someone, who promises to take care of the body.

Chang-ho drives to Gong Ji-vacation hoon’s home in the morning and attempts to blackmail him using dashcam footage. Ji-hoon is unfazed, telling Chang-ho to ‘get lost. Later, Chang-ho returns Mayor Choi’s calls and informs him that he will directly give the footage to the prosecutor of the case. The flashback concludes its arc to the present, and we return to the episode’s opening dinner scene.

Chang-ho receives a call from the prosecutor and departs to meet with him. He accepts a drink from the server on the way and eventually gets into an accident. He wakes up with a gasp after the crash. According to his voiceover, when he awoke, he was a completely different person.

Now, this episode was a particularly engaging one, it started like a roller coaster, very slowly and then took intense twists and turns giving a sense of excitement and more.

The characters stand out in this story. Lee Jong-suk plays the bumbling but genial lawyer to perfection, but the show’s central conflict is how his character will change. Each character appears to be well-rounded, from the concerned but strong-willed wife to the calm and collected mayor. We can only hope that this careful character development keeps up with the plot’s development. You can watch this drama on Disney+.