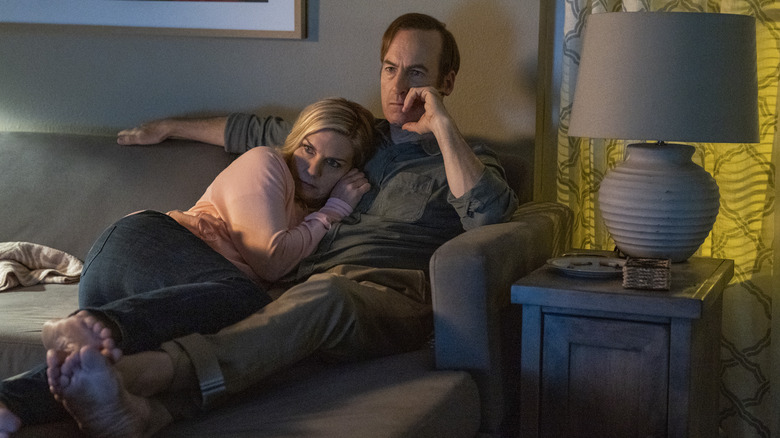 After six seasons and 63 episodes, Better Call Saul has come to an end with the heartbreaking finale “Saul Gone,” which neatly ties in storylines from both Breaking Bad and the original series from which it was derived. Saul Gone not only wraps up the storyline of our favourite con man/lawyer/fugitive.

The iconic and very prominent show Better Call Saul came to an end on the 15th of August, which is last Monday. That brought the long-running series to an end, and it also served as a conclusion to the iconic and well-loved Breaking Bad universe as well.

The final episode gave revelations about what had happened to Saul Goodman (played by very famous Bob Odenkirk) and also about Kim Wexler (Rhea Seehorn). It also served as an explanation for the dramatic events in the penultimate episode too. That episode was set in the post-Breaking Bad era.

Now, do not keep reading if you have not watched the show or the finale yet as this article contains major spoilers for the show.

In the last second episode, Saul Goodman was forced to go on an evasive run after the cab driver Jeff (Pat Healy) was arrested following his attempt to commit fraud, but the con went wrong, and his mother Marion (played by Carol Burnett) got to learn the real identity of Saul and then she called the police authorities to get him arrested.

Although Saul was able to run for a very short time, he was eventually cornered and caught, and then he attempted to hide in a dustbin, but then he was held at gunpoint by the police and taken into custody. Then to waste no time, Saul phones Bill Oakley (played by Peter Diseth) to represent him in the case as a co-counsel to him, and then he has a meeting with the law enforcement to discuss his sentence.

There, he got to meet Hank Schrader’s widow named Marie (Betsy Brandt). She shared how because of his extension of support to Walter White (Bryan Cranston plays the role) had a significant impact on her and Blanca, who was the widow of Steve Gomez’s life. Saul also further explained that he was threatened and coerced into helping Walt and Jesse Pinkman (played by Aaron Paul0. He also claimed that he went into hiding out of fear of them and not the police rather. Eventually, he did manage to persuade the prosecution to strike a deal with him; he then got his sentence reduced to seven years in prison.

However, after learning that Kim had already confessed to everything that had happened leading up to Howard Hamlin’s (Patrick Fabian) death at the hands of Lalo Salamanca, Saul decided to change tactics during the hearing (Tony Dalton).

Saul confessed to everything at his hearing in order to keep Kim from being prosecuted by Howard’s widow.

As Kim looked on, Saul reversed his earlier statement about Walt and Jesse threatening him and admitted that Walt would have died or gone to prison if it hadn’t been for him. Speaking of Walt, Cranston returned in a flashback to one of the final scenes he shared with Odenkirk when Saul and Walt remained in hiding together while awaiting new identities near the end of Breaking Bad.

Another flashback featured Saul, then Jimmy McGill, reuniting with his late brother Chuck (Michael McKean) in a scene in which he brought his sibling supplies, and they argued about Jimmy’s work as a lawyer. Kim had an affidavit prepared in the last second episode in which she had also revealed how Howard was murdered by Lalo, and then they covered up the crime as well; later on, she also said that Saul and herself were aware of this but chose to remain silent.

Since he took full responsibility for the trial, Saul was sentenced to 87 years in prison. While he was being transported to prison, his fellow Saul inmates immediately recognised him and chanted “Better Call Saul” in reference to his advertisements that he did about helping criminals like them get justice. The episode ended with Kim paying a visit to Saul in prison, where they shared a cigarette as they used to when they were married and talked about the future. While discussing his 87-year sentence, Saul stated that “with good behaviour,” he may be released sooner.

In the final moments of the episode and season, Kim and Saul exchanged glances across the prison fence, and as Kim walked away, Saul watched on until he was no longer visible.