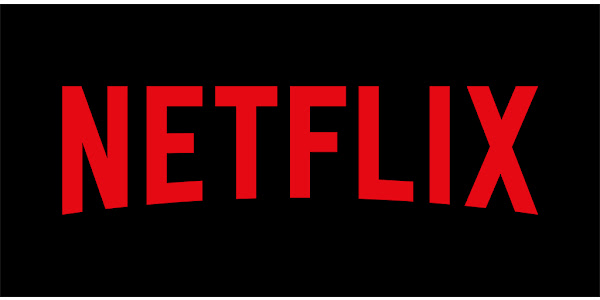 South Indian movies are a mixture of Tamil, Telugu, Malayalam, and Kanada. Nowadays the craze for south Indian movies has built up all over the world because they are known for their unique plot and action. And some worthy South Indian cinemas are also available on the OTT platforms like NetFlix. let’s read Best South Indian Movies On Netflix.

Netflix has played a major role in the reach of south Indian movies all over the world. South Indian movies have created an impact on a lot of people and some plot it is also inspired by real-life incidents. Especially in this lockdown, we were able to see a lot of movies based on true incidents released on Netflix and other OTT platforms.

It is a Vetrimaran film that has received an 8.5 IMDB rating that released on 5 February 2016. This movie is based on a novel that talks about the plight of four men working in Andhra. They are arrested by the police on false accusations where they get the help of a police officer to escape from there but in return, he asks them to kidnap an auditor and the boys do so. It is the plan of the DCP, the police officer, and some higher officials. Among the four, three of them die and this story ends in a tragedy.

Raj Rachakonda directed this story released on 21 June 2019 with an IMDB rating of 8.4. This movie is based on an indigenous woman whose family weaves saree to make their living. She is a school dropout because her mother could not afford her education and she starts working in the weaving industry, where she repairs an Asu machine. This movie talks about the life of an average woman who struggles to make her living. This story is very saddening and evocative.

Thiagarajan Kumararaja directed this series with an IMDB star rating of 8.4. This humorous and brainstorming movie was released on 29 March 2019. It talks about the life of different people and shows their life from different points. This movie is mainly about testing the beliefs of all the characters in the movie using strange strategies.

It is a Malayalam movie and Manu Ashokan directed this movie. On 26 April 2019, this movie was released with an 8-star rating from IMDB. This is a movie about a girl who is passionate about becoming a pilot but her abusive boyfriend ruined her career by attacking her face with acid. But as the plot moves, we see another man who tries to help her by offering her a chance to become an air hostess for a day. On that day, the co-pilot faints and she takes that place and proves herself to others. This movie shows the strong will of a woman who regains her life with confidence.

It is a Tamil movie released on 24 November 2020 and V. Vignarajan directed this movie. Andhaghaaram has an IMDB rating of 7.8 and it comes under the thriller and horror genre, it can also be considered a scientific movie. It shows the life of three men who initially are completely unrelated but late one of the character come to know that they are related and the whole movie happens in different timelines. One of them is killed and he takes revenge through another character with the help of a telephone line.

Prashanth Varma directed this movie which has an IMDB rating of 7.8 released on 16 February 2018. It is a psychological cross-genre Telugu movie. This movie begins as a time travel machine where a character comes from the future to save their parents, as the plot moves various characters are not connected. But in the end the genre of the movie changes to psychology. All the characters that appear are the same person who has a multi-personality disorder. The various characters depict the different stages and transformations that a single character goes through.

It is a Telugu movie that is dubbed and released in all south Indian languages on 5 July 2019. IMDB has given a 7.4-star rating for this movie and B. V. Nandini Reddy directed it. It is about an old woman who lives with her son, at some point she wishes to return to her younger self. She meets God disguised as a fortune teller and turns her into a young girl. She enjoys her younger and in the end, she sacrifices her gift for her grandson. By donating blood to her son she transforms into an old woman again. This is a unique story that was a huge hit.

Ashwin Saravanan directed this movie which has a 7.1-star rating on IMDB. This movie was released on 14 June 2019 in India. The plot revolves around a killer and a cancer patient. The killer stalks the girl who has cancer and one night he kidnaps her. Then he takes her to an abandoned area and cut her into pieces and kills her brutally. It has a depressing plot but still, it was interesting.

Shanavas K Bavakkutty directed this movie and it has a 7-star rating on IMDB. Thottappan, a Malayalam movie was released on 5 July 2019 and the screenplay was appreciated. This movie revolves around two friends who are thieves, one of whom is killed. The other one takes care of his friend’s family and her daughter. At the end of the movie, he tries to find the killer and a new boy comes in and changes the story. The story and the screenplay of the movie are very interesting.

Akhil Paul and Anas Khan directed this movie and it has got a 6.8 rating on IMDB. It is a Malayalam movie that was released on 28 February 2020. It is a psychological and crime thriller movie. This movie revolves around the forensic department and the cases that they handle. The plot is set in Kerala and the Kerala government forensic department is shown in this movie. The movie focuses on a particular case and its background of it.

Venky Kudumula directed this movie and it was released on 21 February 2020. It has a 6.6 IMDB rating and it is a Telugu movie. Bheeshma is a commercial movie that revolves around a company that produces natural and organic foods. The company’s owner is an old man and he is going to choose another heir for his movie. He chooses a stranger as the next heir and he loves a girl from the same company. Finally, the hero becomes a responsible heir to the company.

It is a Tamil movie directed by Mysskin with a 6.2 IMDB rating. This movie was released on 24 January 2020. This movie talks about a psycho killer who kidnaps girls. At some point, he kidnaps the heroine and our blind hero with the help of a handicapped ex-officer tries to find our heroine. Finally, the background story of the psycho killer is revealed and our hero saves our heroine. As usual, the story reveals that it is a Mysskin movie with a unique plot and screenplay.

It is a Tamil movie that was released on 28 February 2020 and directed by Design Periyasamy. It is a humorous story because it has an interesting twist in its second half. This movie focuses on two young men who steal the parts of laptops and resale them online. Both of them fall in love and they escape to Goa to restart their life but there they realize that the two girls are also cheaters and finally they all plan together and loot a businessman and start their life as planned before.

It is available on Netflix and Venkatesh Maha directed this movie. This movie was released on 7 September 2018 and focuses on four couples who struggle to get over various problems. All four couples overcome the obstacles like caste, religion, age, and class barriers to succeed in their love. The audience welcomed this movie by making it a huge success. The romantic and realistic plot of this movie has made it make box office records and Netflix views.

It is also a Tamil anthology movie and Halitha Shameem directed this anthology movie. Silly Karupatti was released on 27 December 2019. It covers four different stories and each of these stories conveys a social message and creates an impact on society. The plot of this movie is unique and it portrays the reality of life with a perfect screenplay.

Where Can We Watch These Movies Online?

Also Read: Why Are Some Anime Banned In Japan?