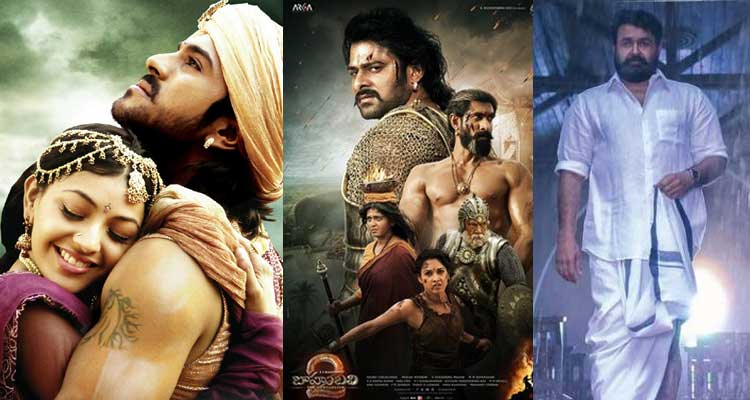 The term “South Indian cinema” is used to refer to the four diverse film industries in India’s southern area as a unified entity: Telugu, Tamil, Malayalam, and Kannada. Hyderabad, Chennai, Kochi, and Bengaluru are their respective headquarters. In the last six months, southern theatres including Pushpa, RRR, and KGF2 have broken box office records. South Indian cinema has mastered the skill let’s know more about Best South Indian Movies On Netflix. of creating pan India films that appeal to both domestic and international audiences. And the results reflect where the money is made the most. let’s know the best Best South Indian Movies On Netflix.

South Indian films have piqued the interest of many audiences in recent years, not because they’re hilarious, but because they offer charming and fascinating stories that are complicated and raw, deviating from conventional cinema tropes. Actors such as Dulquer Salman, Parvathy Thiruvothu, Vijay Sethupathi, Dhanush, Nivin Pauly, and Vijay have a devoted fan base. South Indian films have a lot to offer, from pure entertainment to riveting character-driven dramas. Here are a few recommendations that will help you to start  your South Indian film adventure:

A young director who is suspected of plagiarising the plot of his film delves into his background and discovers a transcendental link to the source material, starred by Nani, Sai Pallavi, and Kriti Shetty in the movie Shyam Singha Roy. Shyam Singha Roy is a Telugu-language period romance drama film directed by Rahul Sankrityan and based on a narrative by Janga Satyadev that was released in 2021. It is based on the topic of reincarnation and is partly set in the backdrop of Kolkata in the 1970s. Shyam Singha Roy received mixed reviews upon its theatrical premiere on December 24, 2021, with critics enjoying the performers while criticizing the plot.  the film was a box office hit, grossing over Rs. 50 crore.

Magadheera (Great Warrior) is a 2009 Telugu fantasy action film directed by S. S. Rajamouli and co-written by V. Vijayendra Prasad. Geetha Arts’ Allu Aravind produced it. Ram Charan, Srihari, Kajal Aggarwal, and Dev Gill feature in the movie. The plot centers around four characters: a brave warrior in charge of the princess’ safety, the princess in love with him, the commander-in-chief of the army who lusts after the princess, and an emperor who wants to invade their realm. They all die before their wishes are realized, and the story skips forward 400 years when the warrior’s reincarnation begins to have flashbacks after a chance encounter.

An innocent young lecturer is misconstrued as a pervert and detested by a woman who happens to be his brother-in-younger law’s sister. Eventually, their differences fade away, and they fall in love., this is all about the movie GeethaGovindm. Parasuram wrote and directed Geetha Govindam, a Telugu-language romantic comedy film released in 2018. Bunny Vas produces it under the banner of GA2 Pictures. Vijay Devarakonda and Rashmika Mandanna lead in the film, which also has Subbaraju, Rahul Ramakrishna, and Nagendra Babu in supporting parts.

The story revolves are a  young lecturer who falls in love with an independent, level-headed woman, but things go wrong for him right away, and he has to work hard to clear up misunderstandings and persuade her.

Joe Baby wrote and directed The Great Indian Kitchen, a 2021 Indian Malayalam-language drama film. The film follows a newlywed woman (Nimisha Sajayan) as she tries to be the obedient wife that her husband (Suraj Venjaramood) and his family expect of her. The Great Indian Kitchen, one of the top films of 2020, is about a lady who becomes frustrated after being expected to spend most of her time cooking meals for her family. The film does an excellent job of demonstrating how women are automatically expected to handle household responsibilities.

Anwar Rasheed directed Ustad Hotel, which was written by Anjali Menon and produced by Listin Stephen in 2012. Dulquer Salmaan, Thilakan, and Nithya Menen star in the film, which also has Siddique, Mamukkoya, and Lena in supporting roles, as well as cameo appearances from Asif Ali and Jishnu.This Malayalam family drama would appeal to millennials who have battled to balance their own objectives with their family’s wishes at some point.

Ala Vaikunthapurramuloo is a 2020 Indian

In the film, a man named Bantu is raised by his father Valmiki with hatred and neglect until he discovers that the latter switched him as an infant and that his biological father is an affluent businessman named Ramachandra. When Bantu’s original family is endangered by an important man, he enters Ramachandra’s residence, Vaikuntapuram.

Also Read: When Will The Inside Edge Season 4 Arrive?

Mani Ratnam’s 1995 Tamil-language love drama film Bombay[2] stars Arvind Swami and Manisha Koirala. The film follows an interfaith family in Bombay prior to and during the Bombay riots, which occurred between December 1992 and January 1993 when the demolition of the Babri Masjid sparked religious tensions between Hindu and Muslim groups, and the story is like their families’ object to their relationship, a Muslim woman and a Hindu man fall in love and run away to marry. When they relocate to Bombay, however, they are confronted with communal disturbances.

The plot centers around a string of child murders in Kerala’s capital city, and the investigation officer’s and forensic department’s roles in solving the case. It also provides insight into the psychological factors and childhood trauma that contribute to the development of serial killers and psychopaths.

Forensic begins with the terrible story of a disturbed six-year-old boy who has an abusive father who collects insects, reptiles, and dead animal parts to store in jars. The plot of this crime thriller is set against the maturation of a disturbed youngster into a dangerous and vengeful adolescent who murders his father in cold blood and the story continues with a string of murders and investigations.

When evidence of a child committing these heinous murders is released, the case takes a dramatic and unique turn. The image of a wicked and ruthless serial killer gradually emerges in front of our eyes, and the hunt begins. However, the infant is merely a prop and a means to an end. A criminal genius is on the loose, committing new crimes. As a sequence of story twists unfold in front of us, the suspense builds to a fever pitch. The fundamental narrative of forensics is to figure out who the criminal is and what his motivation is.

Dr. B.R. Ambedkar, the legendary hero of the Indian freedom movement, principal architect of the constitution of free India, and advocate of the struggle for the emancipation of the oppressed classes is the subject of the biographical film Jai Bheem. The movie is about when a poor tribal guy is wrongfully accused of robbery and goes missing from police custody, a daring activist-lawyer battles for justice. The movie was released on 2nd November 2021. Suriya is in the starring role, alongside Lijomol Jose and Manikandan. Rajisha Vijayan, Prakash Raj, Rao Ramesh, and others play supporting characters. This movie must be in your watch list.

A software engineer comes to India to help the country and invest in its future. While he tries to overcome the barriers, a few crooked authorities and politicians try to stop him. This story is all about Shivaji: the boss.

S. Shankar directed and AVM Productions produced Sivaji: The Boss, a 2007 Indian Tamil-language action film. Rajinikanth and Shriya Saran star in the movie, which also features Vivek, Suman, Manivannan, and Raghuvaran. It centers on Sivaji, a well-known software systems architect who returns to India after completing work in the US. He hopes to return to society and provide free medical and educational services. However, Adiseshan, a prominent political figure, stands in the way of his goals. When corruption occurs, Sivaji has no choice but to challenge the system on his own terms.

Game Over, starring Taapsee Pannu, is unlike any other thriller or home invasion film released recently. Apart from some genuine jump fright moments, Game Over packs in so many themes and a good message about fighting back and facing your struggles in just over 1hour 43miutes minutes that it has been regarded as a game-changer, and properly so.

Also Read: Is Bhool Bhulaiyaa Movie Based On A Real Story?