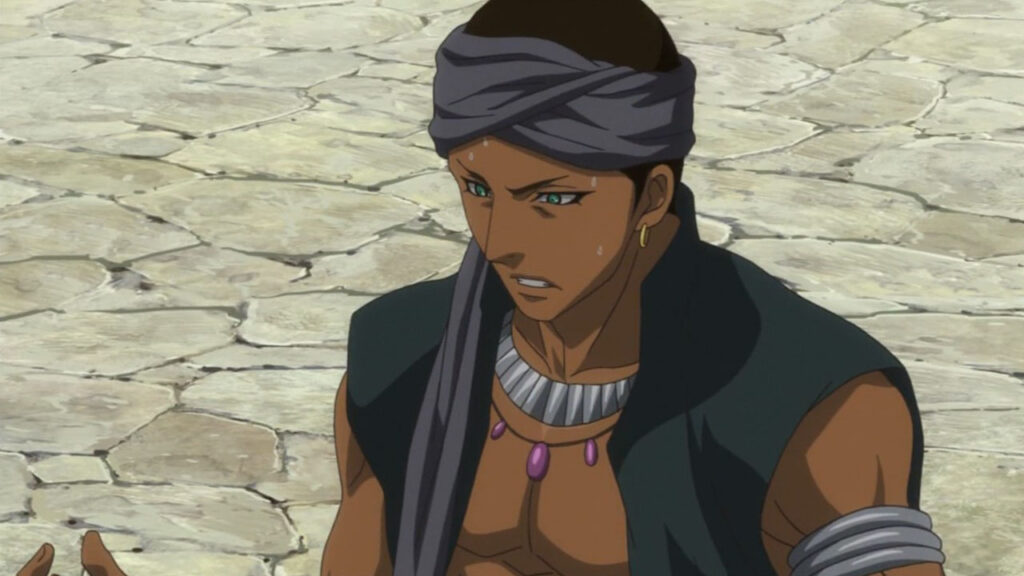 The Indian cinemas take a lot of inspiration from Indian mythology as well as the Gods here. One of the highest-grossing movies of all time, Bahubali part 1 and 2, were heavily inspired by Mahabharata and Ramayana. Now, even the foreign movie industries are on the same track. Anime, which is one of the most famous and well-loved Japanese forms of entertainment, has also taken a lot of inspiration from India.

When it comes to gauging the similarities between the Japanese and the Indian cultures, there are quite a few, and it has been since ancient times. Japanese society and Japanese cultures are highly influenced by Buddhism. And Buddhism originated in India. However, the cultural similarities are not just limited to this. Instead, there have been a lot of exchanges between the texts, scholars, and literature among Japanese and Indian people.

It comes as no surprise when we see some anime characters that are inspired by the characters and names from Indian mythology. Manny anime characters are of Indian origin, and a lot many times, anime takes its inspiration from India, and we see a hint of Indian culture in it as well. We saw the incorporation of “Chakras” in Naruto, which is one of the most loved and world-famous anime.

Now let us list out some of the characters in anime that are inspired by Indian culture and mythologies.

Indra and Asura (from Naruto)

As per the Hindu scriptures, Indra is the king of the devas (deities). He is also the God of swarga (heaven); further, he has been associated with rain, thunder, weather, and storms as well. The devas are always in a constant war with the asuras (demigods who have no good intentions for the most part). So, quite similar to that, we have Indra and Asura, who keep fighting from generation to generation. Even when they get reborn as different people, they still have an eternal clash going on.

Yemma, who is the God of Death and Justice, who is very commonly known as Yamraj as well, was there in another popular anime called Dragon Ball Z. In that anime, he is the in-charge of deciding who goes to heaven and who goes to hell, just like the God here in Hindu religion. Even his appearance is very similar to that of the one described in the Hindu scriptures.

Silat is another such Indian-inspired character. It is inspired by the Rajputs in India. The Rajputs are known to be great and brave warriors, and they have exact control over their swordsmanship skills as well as are pretty adept at handling other weapons too. Silat is a great warrior who received his training in India only. He is trained well in the ancient martial art form Kalarippayattu. The weapons he chose were Talvar, Chakram, and Araa, all of which are Indian weapons and a part of the Rajput armory.

Berserk also has been inspired by many Indian historical and mythological features. There is a Kushan clan with an emperor Kanishka, which may be inspired by the Kushan Empire that existed centuries ago in the northwestern regions of India. Rakshas is an enigmatic character who enjoys torturing and is essentially a murderer. Rakshas are demons in Hindu mythology who kill humans and are a nuisance to the Earth.

The Legend of Prince Rama

The legend of Prince Rama is an anime adaptation of the ancient Indian epic Ramayana. Ramayana is the true story of a Prince Ram who is exiled by his father, who is the king of the kingdom. Ram embarks on a journey to save his wife Sita, who was abducted by the demon king Ravana.

Raksha is an Indian scientist, and she is also the head of Black Knight’s research and development team. She has a very calm and relaxed personality, and she also maintains her dignity really well. However, she can be really laid back and easygoing.

This is Captain Komamura’s final Bankai stage, a massive humanoid wrapped in ropes. This translates to ‘Vidyaraja of Kalasutra’s Heavenly Punishment’ in English. Vidyaraja was one of the wisdom kings tasked with defending the wisdom of Buddha. And Kalasutra alludes to the black ropes used to send sinners to hell.

Maiden of the Earth Arjuna is the story of a young Japanese schoolgirl who is reincarnated as an avatar of time and is tasked with protecting the Earth in exchange. The character of Juna Ariyoshi is heavily influenced by Arjuna from ‘Mahabharat.’ Juna, like Arjuna, must defend and fight for everything she cares about and values, as well as to protect Earth, and she is guided by Chris Hawken, who can be seen as a character inspired by ‘Krishna.’

Arslan Senki has a lot of characters that are inspired by Indian Mythology and history. One such character from the anime is Gadevi. He is one of the heirs in the line who will take over the Sinshura Kingdom.

READ MORE: Why Anime Is Bad For Us?

Rajendra is Gadevi’s brother. He is the opposite of Gadevi, and he is a bit reckless and eccentric. He became the king of the Sindhura Kingdom.

Mahendra is the prime minister of the Sindhura kingdom. He is a very loyal serviceman to the king. He served Gadevi, knowing that she was not the right person to rule the kingdom. He shows the importance of oath and loyalty.

She is a member of Monster Makers. It is a group of individuals who created the artificial life forms, which are later called Digimon. She then goes on to assist Yamaki and other Monster Makers in destroying what they once created, as well as children who are trapped in the digital world. Her character is most likely named after one of India’s most famous and talented actresses, Aishwarya Rai Bachchan, who was also crowned Miss World in 1994.

In the series, Enma is the God of Death. Enma is the final judge for a soul seeking to enter heaven and is based on the Hindu God of Death, Yamaraj. Although he appears fierce, he also has a gentle side to his nature. He rewards people based on their Dharma and behavior, and if you are, you will love him.

Meena is an Indian princess, but she refuses to be one. She wants to explore and swim to the Ganga River’s mouth in search of her prince charming. She met the D-team near the palace and swapped places with Zoe to assist Max and Rex in their search for dinosaurs while also having a little more freedom. She is the only person to receive a badge and become an official member of the D-Team.