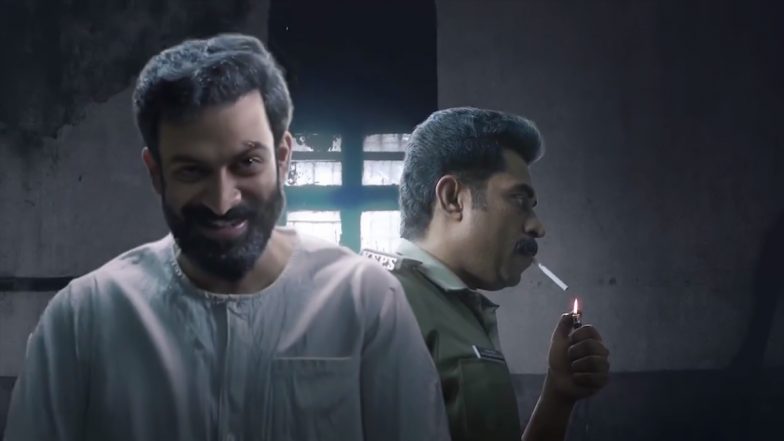 Are you interested in crime thrillers or politics? Do you love to watch any movie of that genre no matter what is the language? Then, it’s not your fault that you are here. Today I am going to discuss the movie  Jana Gana Mana, a Malayalam movie. It was released on 28th April 2018 and dubbed in English. It is the first of two cinematic parts written by Sharis Mohammed and directed by Dijo Jose Antony in Malayalam. The film features Prithviraj Sukumaran, Suraj Venjaramoodu, and Mamta Mohandas and is produced by Supriya Menon and Listin Stephen.

Now, Fans started inquiry about the second part of Jana Gana Mana. Let’s see if there is any I formation or not.

Prithviraj said that the pre-production work for the sequel to the film has already begun on March 29, 2022, during the film’s press event. He also confirmed that the imagery is seen in the movie’s teaser and trailer were from the sequel. The first section would mostly consist of flashback sequences, while the second section would focus on the present-day story. So, we can expect that this movie will return in late 2023 or 2024.

The actors carried Jana Gana Mana through its 2-hour and 43-minute runtime, in addition to a strong narrative. Suraj Venjaramoodu’s performance as a brilliant, resolute, and helpless ACP and Prithviraj Sukumaran’s performance as a tired and hobbling lawyer were both fantastic. Mamta, Vincy, Shari, and Ilavarasu, among the supporting cast members, were equally effective. These protagonists are highly demanded in the second part of the movie.

Mohammed wrote the screenplay, Sreejith Sarang edited it, and Elamon shot the cinematography. It is the first of two cinematic portions. The movie ends with a clear indication of the next installment. It’s difficult to guess the plot of the second sequel but according to the protagonist actor, Prithviraj the first section of the film featured flashback sequences, while the second part would focus on the present-day scenario.

The alleged assassination of Lecturer Saba Mariyam who is a  powerful and socially conscious college professor from Ramanagara’s Central University sparks student rallies demanding justice for her death. The state police are ruthlessly suppressing them. This event has sparked nationwide protests and rallies against police violence. Under duress, the Karnataka government chooses ACP Sajjan Kumar to investigate Saba Mariyam’s murder.

When Sajjan begins researching the case, he discovers that she was burned to death by four individuals and captures them, but he is removed from the case before he can present them to the court. This is because those accused had some connection with the top level of Police. Sajjan brings them to a spot under the pretense of recreating the incident for evidence and shoots them to death out of desperation that they could avoid court punishment. As a result, Sajjan is viewed as a hero by the general populace.

A few Human Rights advocates, on the other hand, make a complaint about the encounter, which leads to a legal battle. It was disclosed to everyone that Sajjan was the perpetrator of the crime.

In actuality, Saba was slain by a coworker who had filed charges for mistreating a pupil because of her caste and causing her suicide. When the news reached the Home Minister, Sajjan counseled him to take advantage of the situation to obtain popular support in the next elections.

Sajjan is apprehended, but it is later discovered that, out of guilt, Sajjan exposed all of his wrongdoings to Aravind through a fellow police officer. It was now or never for him to make amends. In prison, Sajjan confesses Adv. Aravind’s genuine objectives. He is a former ACP member who stood up to the present Home Minister and incurred personal damages as a result of his actions. Aravind was after the Home Minister, not Sajjan, in the present. Aravind removes his crutches, implying that he is planning retaliation

As there is no official confirmation about the movie. It’s not possible to watch the trailer. When it will be released, you can enjoy it on Youtube.

Where to Watch Jana Gana Mana 2?

When the Jana Gana Mana part 2 will come out, it will be streamed on Netflix and Zee5.