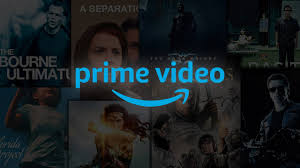 Cinema is the medium to embrace the beauty of human imagination and also acts as a reflection of events and conditions prevalent in modern society. In recent times, South Indian movies have grabbed the opportunity to be honored with a heartwarming response from all over the world, representing the epitome of epic storylines, intellectual writing, excellent direction, and stunning cinematography. There is a long list of such kinds of movies. So, today we are gonna pick the 15 most popular and critically acclaimed South Indian movies of all time. Let’s know more about the 15 best South Indian movies on Amazon prime video.

Released in the year 2021 and directed by Sukumar, Pushpa is a Telugu language action-thriller starring Allu Arjun in the lead role. The movie is based on the smuggling of red sandalwood and the story revolves around the life of a laborer named Pushpa who rises into the smuggling business and soon becomes a king of this illegal business. He is soon encountered by his enemies but tackles them down to remain the dominant player in this arena. The movie soon became a blockbuster and a box office sensation and is majorly renowned for its unbeatable dialogue, “Pushpa, Naam sunken flower samjha the kya, fire hai apun”.The movie’s theme is also a unique one, entirely based on an untouched and a refreshing topic. Its IMDb rating is 7.6/10.

U-turn is a Telugu language mystery thriller movie released in 2018. Directed and written by Pawan Kumar, the movie revolves around the investigation of a case. Rachana, the main protagonist of the movie is an intern at a leading newspaper agency who tries to investigate the accidents happening on a flyover with the help of a crime reporter but soon founds herself in the trap of being accused of the murderer of a motorist on the same flyover. The movie is inspired by actual events but entangles the storyline into an interesting mystery thriller. Simultaneously filmed in Tamil and Telugu, the movie is a critically acclaimed film with an IMDb rating of 6.9/10.

Released in 2021, the movie revolves around the lives of a tribal couple Sengenni and Rajakannu, and how their world turns upside down when Rajakannu is arrested in a robbery case and the police brutally torture him. Later, the cops are informed that the suspects have spaced from their custody. In search of her missing husband, helpless Sengenni who is actually pregnant asks for help from a righteous lawyer named Adv. Chandru. The story advances as Chandru tries to unravel the mystery behind the missing of Rajakannu and reveal the truth about the robbery case. The theme of the movie conveys a social message that how the poor and rural people of tribal communities are harassed by the rich and privileged class in some parts of the society. Its IMDb rating is the highest among all the Indian films with a rating of 9.5/10. Jai Bhim was also nominated for the Oscars 2022.

Asuran is a 2019 Tamil language period action drama filmed. Written and directed by Vetrimaaran. It is based on the novel Vekki by author Poonami and stars Dhanush in the lead role. The movie revolves around a man named Sivasammy and his family in a remote village with small landholdings and crops. But, soon he is involved in a land dispute with a greedy rich man and then this land dispute turns out to be a brutal fight between the rich landlord and Sivasammy, but Sivasammy has his plans hidden in the depth of the dense jungles.IMDb rating of the movie is 8.5/10.

Udaan is a 2020 Tamil language drama film based on the book Simply fly by GR Gopinath. Directed by Sudha Kongara, the movie stars Suriya in the main role as Nedumaran Ranjangam, also known as ‘Maara’ who is the son of a teacher and a former Indian Air force captain who dreams of making a common man fly and so he starts his journey by starting a low-cost carrier airline facility. Its IMDb rating is 8.7/10. The movie was a biopic of former Captain Gopinath, narrating his story of dreams, passion, and ambition.

A virus is a Malayalam language medical drama thriller movie released in 2019 and is directed by Aashiq Abu. Based on real-life events, the movie showcases the outbreak of the deadly Nipah virus in the state of Kerala and the challenges faced by the medical experts and doctors to search for its cure. The movie depicts how the community spirit of a small town in Kerala, stood and won the battle against the Deadly virus to contain the pandemic. Its IMDb rating is 7.8/10

It is a Malayalam comedy-drama movie directed by Madhu C Narayanan and released in 2019. The movie revolves around the lives and relationships of four siblings and is based on the events in an island village named kumbalangi, which is just outside of Cochi and decodes a series of events that force them to support and understand each other. The IMDb rating of the movie is 8.5/10.

V is a Telugu language action thriller movie released in 2020 and directed by Mohana Krishna Indraganti. The movie revolves around the attempt of a mystery murderer named V who wants to take revenge for his wife’s brutal murder but soon encounters a clever police officer who is determined to catch him. The IMDb rating of the movie is 6.8/10

Dear comrade is a Telugu language romantic drama movie directed by Bharat Kamma and released in 2019. Starring Vijay Devara Konda and Rashmika Mandana, the movie features the romantic relationship between a boy named Bobby, and a state-level cricketer Lily, but bobby’s temperament becomes a major obstacle in their bonding for love. The IMDb rating of the film is 7.3/10.

It is a Tamil language romantic drama film released in 1995 and directed by Mani Ratnam. Starring Arvind Swamy and Manisha Koirala in the main role, the movie revolves around the love life of a Hindu man and Muslim woman who get married and move to Bombay, but they severely face the wrath of communal riots. The IMDb rating of the movie is 8.1/10.

Thalaivaa is a Tamil language action thriller movie released in 2013, directed by AL Vijay. Starring Vijay in the lead role, the movie portrays the life of a small businessman named Vijay who resides in Sydney and returns to Mumbai to avenge the death of his gangster father and take over the crime syndicate created by him. The IMDb rating of the movie is 6.2/10

Majili is a 2019 Telugu language romantic drama movie starring Naga Chaitanya, Samantha Ruth Prabhu, and divyansha Kaushik in the main role. Directed by Shiva Nirvana, the movie narrates the story of Anshu who after being abandoned by this true lover, takes to alcohol. The movie traces the bonding between the two in odd phases of their lives. The IMDb rating of the movie is 7.2/10

It is a Telegu language period drama movie directed by Surender Reddy that was released in 2019. Inspired by the life of Indian Independence activist Uyyalawada Narasimha Reddy, the movie is a fictional picturization of events and is based on the first revolt of any kind against the British Raj(1947), that took place ten years before the famous Sepoy Mutiny of 1957 and delivers the story and tells about the sacrifice of an unsung hero of the early freedom movement. Starring Chiranjeevi, Amitabh Bachchan, and Setupathi in the lead role. The IMDb rating is 7.3/10.

Roja is a Tamil language romantic thriller released in 1992 and directed by mani Ratnam. The story of the movie revolves around a simple girl from a village who set out to find his husband who was kidnapped by some militants in an undercover mission in Jammu and Kashmir. The IMDb rating of the movie is 8.1/10.

Written and directed by Prashanth Neel, Kgf chapter 1 is a Kannada language action drama thriller movie that was released in 2018. Produced by Home films, the story of the movie revolves around the life of a poor young man, named Rocky who wants to seek wealth and power so as to fulfill the promise he gave to his dying mother. The movie’s theme is based on gold mining and the mafias of the Kolar Goldfields in the district of Kolar, Karnataka. The IMDb rating of the movie is 8.2/10